Stop and Smell the Fynbos

If you do only one thing while in Cape Town it should be hiking.

There are many must-do and see trails but Table Mountain is the most popular. It’s Table Mountain after all. The Table Mountain range hugs many different peaks and paths across the city, adding variety to your exploration with views that let you gaze over the rest of the wonders  – the beaches, bustling streets, the harbour and beyond.

Take a look at our favourite trails below – from Table Mountain to Cape Point, whether you’re a novice or already have Mount Kili under your belt, there’s something for you.

We refer our clients travelling to Cape Town to Mother City Hikers – just read their TripAdvisor reviews to see why! They offer customised full and half day hikes along the many trails of Table Mountain and its neighbour, Lions Head. If you’re new to the terrain it’s best to go with a certified mountain guide, unless you know a few hardy locals. 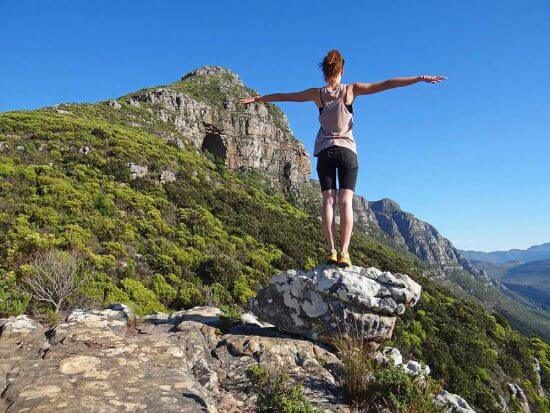 Where To Hike in Cape Town

We’ve compiled a list of some of Cape Town‘s most popular hikes below, which showcase just why Cape Town was named the number one destination to visit in 2014 by the New York Times. You could spend months exploring the city and its mountain and forest tracks and still not see all that the region has to offer. But for starters, be sure to tick these off:

Lion’s Head is a favourite of ours as it’s easily accessible and safe to do; has uninterrupted views across the city’s skyline, mountain peaks and beaches; and gives us locals good reason to turn our noses up at friends heading off to faraway lands. National Geographic has even added it to their World’s Best Hikes list, which touts her as one of the most ‘Thrilling Trails’ out there. We’re lucky enough to be looking at her right now from our office… 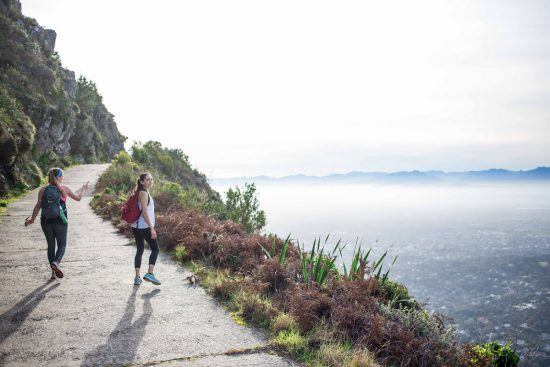 Lion’s Head lies between Table Mountain and Signal Hill and reaches up to 669 metres above sea level. The hour-long walk to the top starts from Signal Hill Road, at the base of Forestry Rd. The route is quite steep but easy going. It consists of gravel road and a rocky single track and ends with a very steep section with chains and ladders to pull yourself up some of the boulders.

The peak is especially popular at Full Moon, as hikers climb up to watch the sun set and moon rise and trek back down in the dark by flashlight or moonlight. It’s also big with paragliders who use it as a launching point. You’ll never see Cape Town the same again.

Table Mountain… that tall, table-flat beauty that reaches 1,086 metres above sea level at its highest point (Maclear’s Beacon). Table Mountain is not just a great South African icon but also the only natural site on the planet to have a constellation of stars named after it – Mensa, meaning “the table.” It recently received the accolade as one of the New 7 Wonders of Nature.

Table Mountain has many great trails of varying difficulty. Besides hiking, its cliffs and trails also make for great rock climbing, caving and mountain biking. View a map here.

Read more about staying safe while hiking on Table Mountain.

A 20 minute drive from the city centre, Silvermine Nature Reserve is an important conservation area for indigenous fynbos plants. It’s a popular spot for walking and hiking, as well as bird-watching, picnicking, and mountain biking. There are several short, easy-to-manage hiking trails that offer beautiful views of the landscape from False Bay to Cape Point. One such trail is the hike to Elephant’s Eye, a large cave so-named because the mountain looks like the shape of an elephant’s head and the cave the eye.

There are great picnic spots down by the reservoir, where you can braai in colder months. Cool off after your hike in the reservoir water – all the dogs will be doing it.

Cape Point Nature Reserve is at the southwestern tip of Africa, in the Cape of Good Hope section of the Table Mountain National Park., merely drive from the entrance gate to the tip of the Cape Peninsula but this 7 750 hectare reserve offers great scenic one-day hiking trails too. There are two sides to it – the Atlantic Coastline with its flatter, open plains and the False Bay side with its steeper, more dramatic drops down to the coast – making for more challenging hiking. There are numerous trails in the park including long circular hikes in the reserve or single direction hikes. 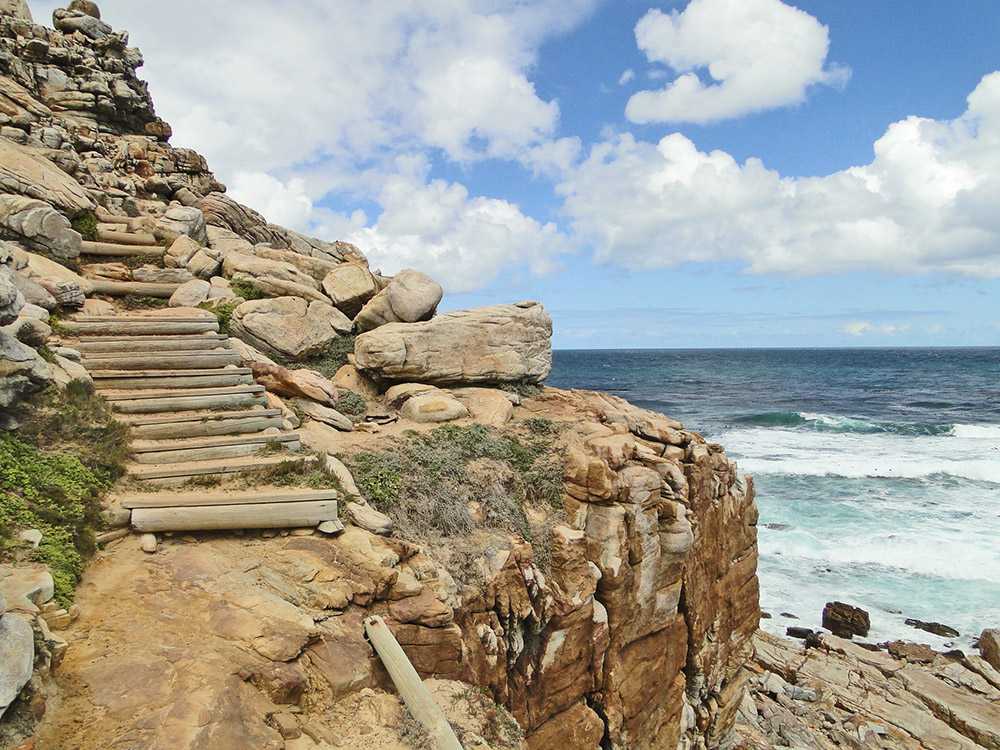 Devil’s Peak stands at 1,000 metres above sea level. You can reach the saddle from three routes, ranging from moderate to difficult. Ascend from Tafelberg Road on the city side, up Newlands Ravine from Newlands Forest, or the upper contour path from Mowbray Ridge and Minor Peak. The ascent is more pleasant and safer outside of the cold, wet, winter months of May to August. Once on the Saddle, there’s a path directly to the summit, offering 360° views.

Chappies is another local favourite, although most of us enjoy it from below… by car. Chapman’s Peak makes for a beautiful drive as it hugs the near-vertical face of the mountain from Hout Bay to Noordhoek, but the real treasure is up on its slopes.

There are two main routes – one from the Chapman’s Peak parking area (just below the ticket check point). It’s a moderate 3 hours if you add in time for a picnic on the summit and photograph stops. The other route is from Noordhoek Beach to Chapman’s Peak – about a 6 hour hike, also including times for stops. From your trail you’ll be treated to views of the Atlantic Ocean, Hout Bay, Fish Hoek and Gordon’s Bay.

There are many other great hiking trails to explore in Cape Town, such as from Constantia Nek to Kirstenbosch Botanical Gardens; Deer Park; the Sandy Bay Shipwreck Hiking Trail; and Cecilia Forest for a more forest-y hike.

There’s also the Kalk Bay Ampitheatre – which includes various routes up the mountain, starting on Boyes Drive from signposted starting points. For beginners who are new to the terrain, it’s best to go with a guide.