Although the Kruger National Park is probably the most well-known safari destination in the world, KwaZulu-Natal‘s (KZN) Phinda Private Game Reserve offers more than you realise. This multi-faceted, subtropical paradise has a warm climate matched by the Indian Ocean, making it the perfect location to maximise on a Big 5 safari.

Although there is a range of other excellent reserves to choose from in KZN, the award-winning Phinda found in the lush Maputuland in the northern part of KZN, is without a doubt one of our favourites.

Nicknamed the ‘Seven Worlds of Wonder’, this low-risk malaria reserve is a playground for guests and animals alike thanks to its seven distinct ecosystems, from woodland to grassland, wetland, and forest, mountain ranges, river courses, marshes, and pans.

The spectacular views you can expect at Phinda Private Game Reserve. Credit: &Beyond Phinda

Although the reserve is significantly smaller than Kruger National Park, it is jam-packed with a variety of wildlife, some rare. What sets Phinda apart is that you have a very good chance of seeing both white and black rhinos, which can’t necessarily be guaranteed at other places.

Another reason why people flock to Phinda specifically is because of its dense cheetah population. It’s a truly, well, moving experience to watch them sprint through the wild. 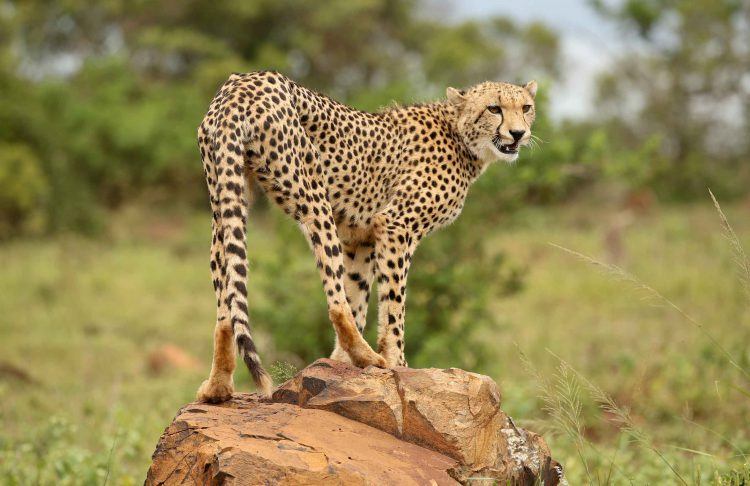 What about the Big 5, you ask? Yes, of course, you can also see them here, as well as the beloved giraffe and zebra. A variety of antelope, including the adorably petite and rare suni (to give you an idea, they only weigh about 5kg), the nyala, and elusive red duiker also graze throughout the reserve. 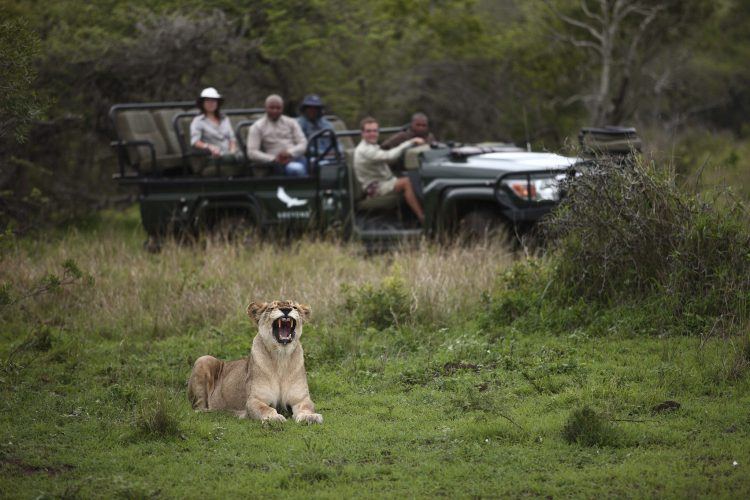 The private reserve promises an intimate safari as the number of vehicles is strictly monitored. This also means that you can rest assured knowing that all the animals are respected while you are enjoying your exclusive viewing experience.

The skilled guides and trackers usually meet with guests before their game drive to discuss their expectations, thereby tailoring their safari experience. Another bonus is that game drives don’t stop once the sun has set. At Phinda, they will take you out to see those nocturnal animals on the prowl.

Above and beyond (see what we did there?) their twice-daily game drives, they also offer river cruises. bush walks, luxury walking safaris, tracking, birding, and photographic safaris. 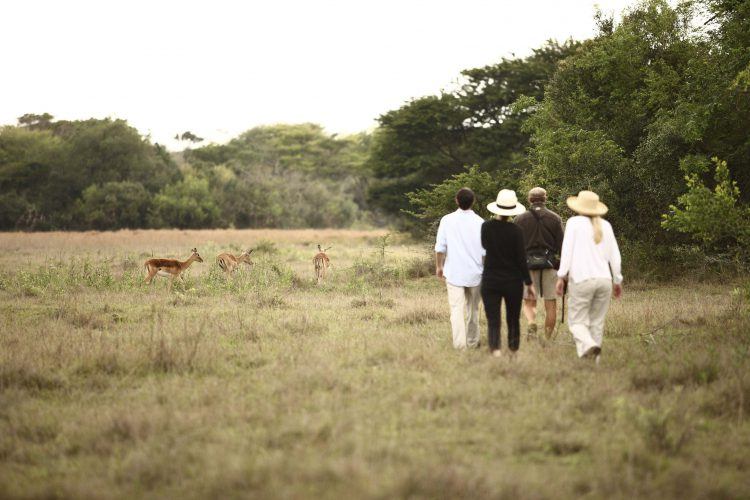 At Phinda, you can set off on an ocean safari. Sodwana Bay is located nearby and is a prime diving destination. In fact, it rivals the Great Barrier Reef in Australia! Swim with dolphins and snorkel through some of the most magical coral reefs with a kaleidoscope of over 1,200 fish species, as well as the whale shark and humpback whales. 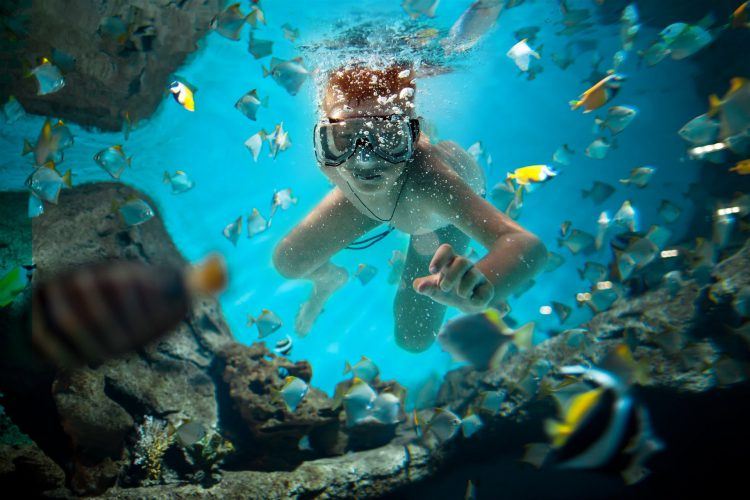 Another exhilarating experience offered at Phinda is their Turtle Nesting Adventures, where guests can see the ancient nesting rituals of the loggerhead and leatherback turtles at Sodwana Bay. These tours are seasonal and only offered between November and January. 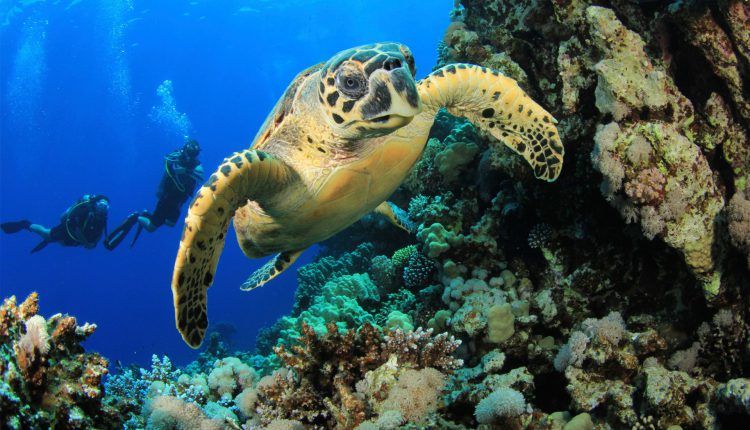 One of &Beyond Phinda’s core beliefs is: “When we put things back the way nature intended, we leave our world a better place.” This focus on conservation means that you will leave only footprints during your stay. Actually, you’ll leave the reserve in a better state than you found it.

Their community involvement is also unique. Of the 28,555 hectares that make up this reserve, 14,311 belongs to the community surrounding it. They believe that, if you take proper care of the lives within the fence, you also change the lives of those living beyond it.

An example of this is when Phinda joined forces with Africa Foundation in 1995 to build the Mduku Clinic, which services and thereby strengthens the local community of over 40,000 people. 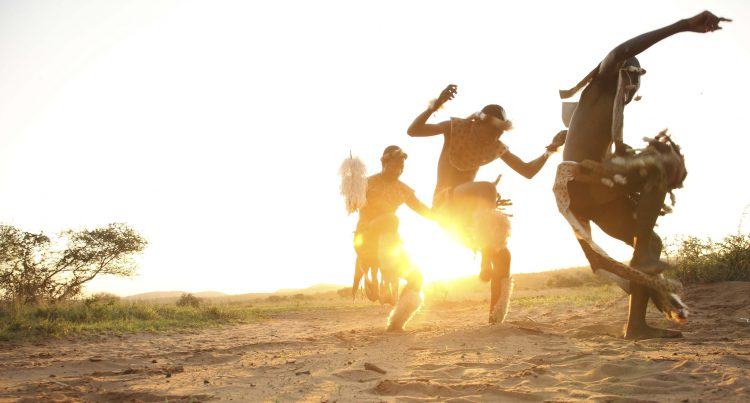 Not only changing the lives of people but also of the wildlife, Phinda has the exceptional ability to relocate endangered animals to other parts of southern Africa.

Because of their wildlife protection and monitoring initiatives, guests can be part of experiences such as rhino dehorning and notching, as well as elephant collaring. In this way, they not only educate guests but allow them to leave their legacy in Africa. 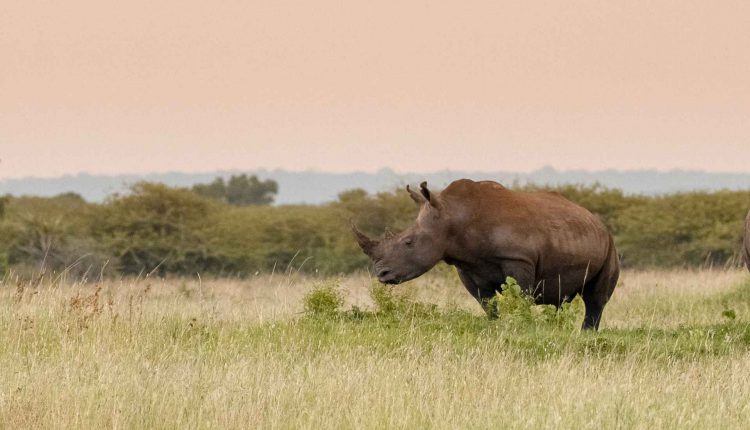 Phinda is just a hop, skip and jump away from Johannesburg, and their daily direct flights will get you there. Another option is to fly into Durban and enjoy the three-hour road trip to Phinda.

KZN is good all year with hot summers and mild winters, but the prime time to visit is from March to September. With approximately 300 sunny days per year, who’s going to complain about the weather? The Indian Ocean lapping the province also has an average temperature of about 21 degrees, matching the delightful climate. 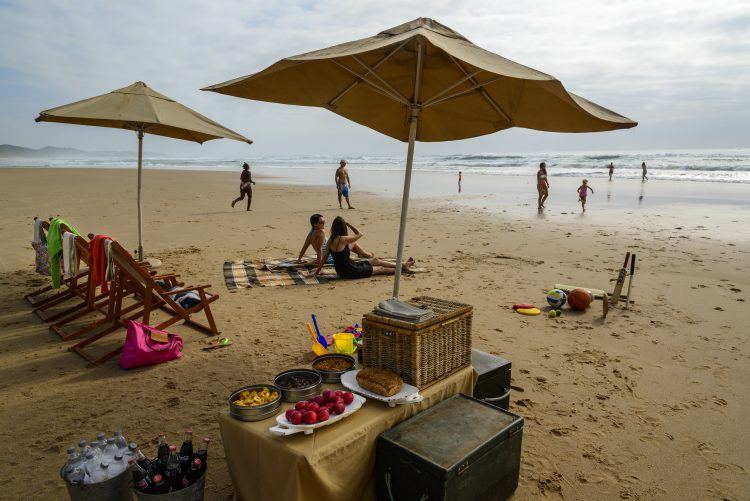 If you want to spend your entire stay in KZN, fret not, as you won’t get bored. You can take a day trip to the famous iSimangaliso (formerly known as the Greater St Lucia) Wetland Park, which has the largest estuarine system in Africa and was declared South Africa’s first World Heritage Site in 1999.

Travel back in time at the Battlefields region where Zulu warriors, Boer garrisons and British troops clashed two centuries ago. Surrounded by the grasslands and stately imperial mountain ranges reaching to the heavens, you will find it hard to believe that such a gruesome scene ever took place amid such beauty.

However, why stick to one location? It is easy to combine your trip to Phinda with one to Sabi Sand or the Timbavati. You can also extend your stay and spend a few nights in Cape Town, Johannesburg or Durban. 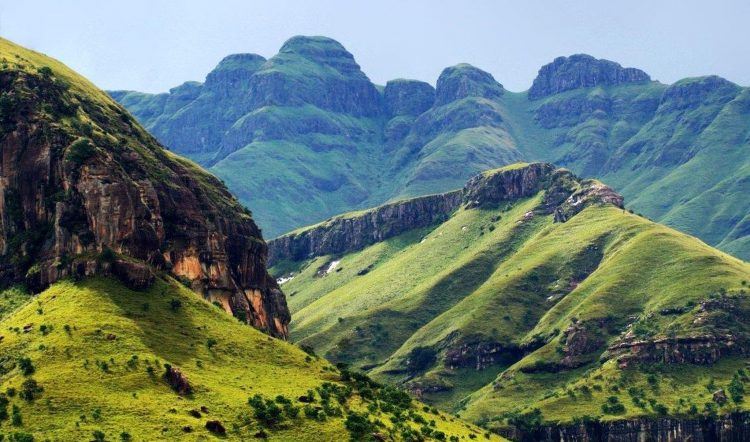 The Drakensberg in KwaZulu-Natal.

&Beyond Phinda’s six aptly-named lodges can be found in different areas of the reserve, giving you diverse experiences and views. We suggest that you try to stay at more than one lodge if possible to get the full experience.

1. The grand dame of &Beyond’s Phinda lodges, the Phinda Mountain Lodge’s rooms brag with postcard-perfect, sweeping views of the prolific Lebombo foothills.  Accommodation is offered in a total of 23 rooms, consisting of 16 suites, three family cottages, as well as a family suite, all complete with private plunge pools and outdoor showers. 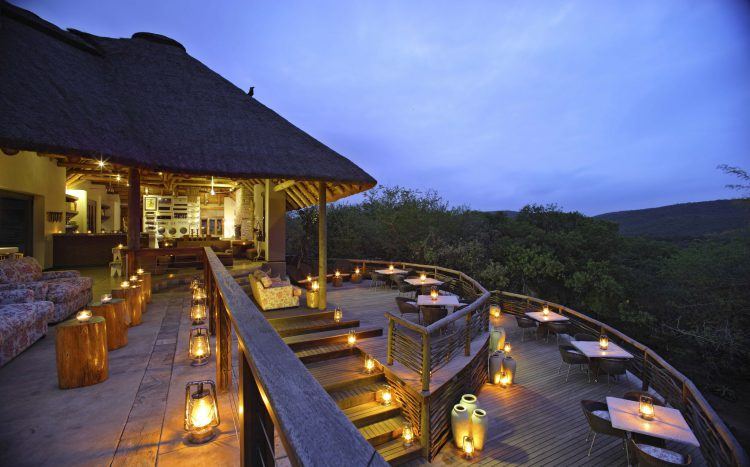 2. The Phinda Vlei Lodge’s six thatched suites overlook the reserve’s unique vlei (wetland) and are each equipped with a plunge pool and personalised butler services. 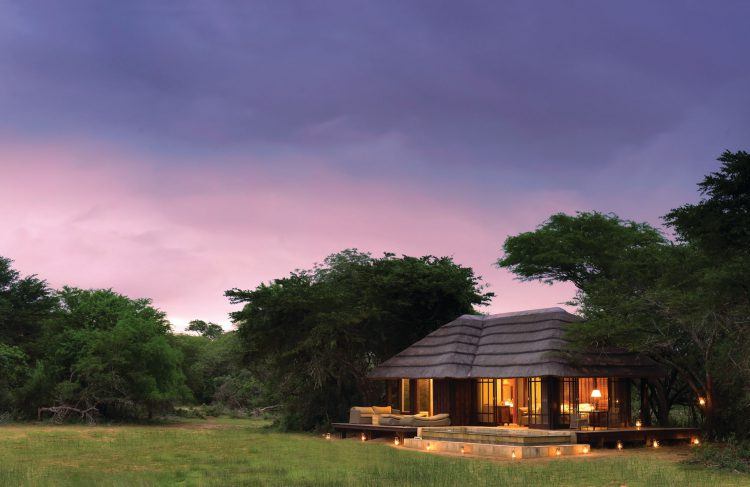 Children of all ages are welcome at both of these properties. Their WILDchild programme offers educational, interactive activities and, if mom and dad want a break, childminders can be arranged. 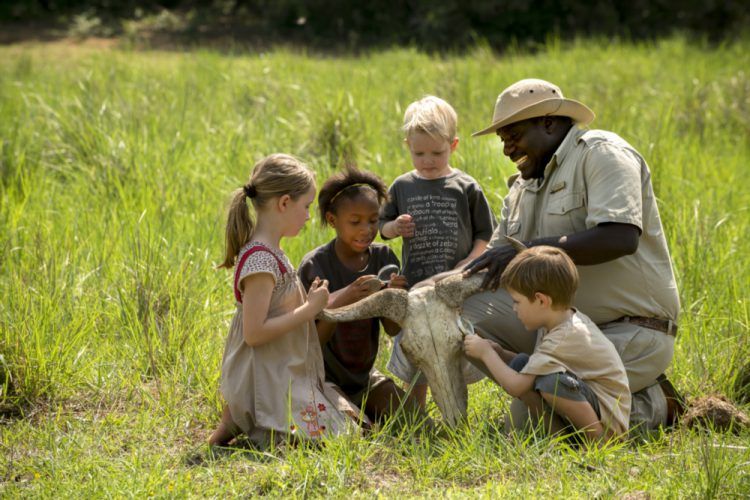 Best for groups of friends or multi-generations

1. The Phinda Homestead with four bedrooms is the perfect sole-use safari villa for a group getaway. With a dedicated ranger/host, tracker, butler, and chef, it has everything you could need and more. Children of all ages are welcome, extra bunk rooms are available, and schedules are customisable to suit your specific needs. 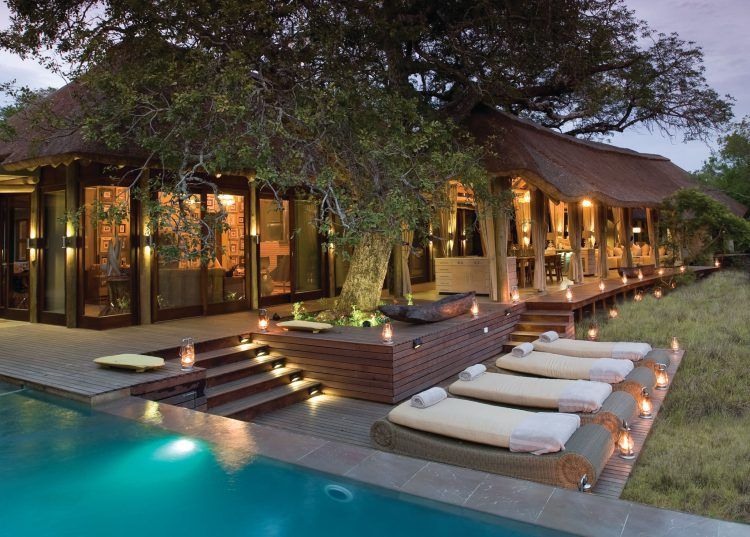 2. Phinda Zuka Lodge can also be booked for exclusive use and overlooks a popular watering hole. Accommodation is offered in four suites. There’s a central, interactive kitchen, swimming pool, a library for the bookworms, and a boma for open-air dining. Children of all ages are also welcome here, and they offer the WILDchild programme. 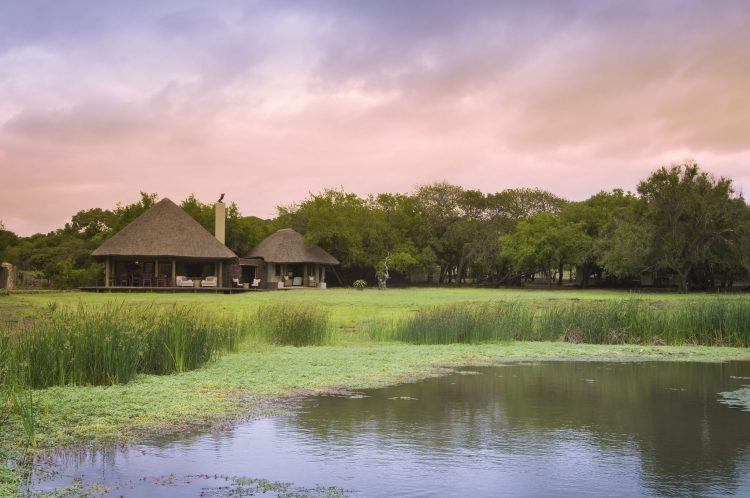 1. Phinda Rock Lodge is set on a cliff with a bird’s-eye-view of the verdant valley below. With Malian-inspired decor, an earthy colour palette, and wooden touches, it offers an inviting, romantic atmosphere. No children under the age of 12 are allowed. 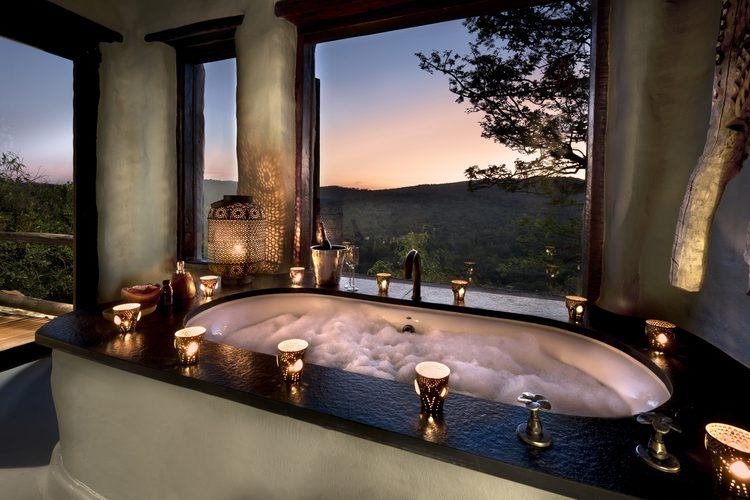 2. With 16 glass-walled suites encircled by a thick forest, the Phinda Forest Lodge encapsulates the true ‘Zulu Zen’ aura. It’s secluded and the suites are far apart from each other to give you the utmost privacy. 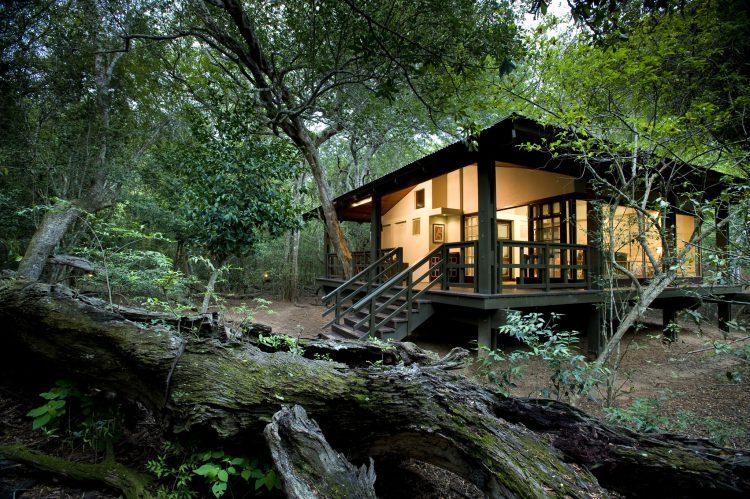 Now that you know what you can expect, what are you waiting for? ‘Phinda’ means ‘return’ in Zulu, which is fitting as you’ll want to come back once you’ve had a taste.

If this sounds like your dream holiday, contact our friendly travel experts to plan your trip to Phinda Private Game Reserve today!