Do You Know What Animals Make Up the Ugly 5?

Instead, they’re dubbed the ‘Ugly 5’ because of their unfortunate features. While in East Africa on a recent trip following the Great Migration, I sighted this merry band of misfits and learnt of their collective name from our Masai guide and now I can relay them to you. 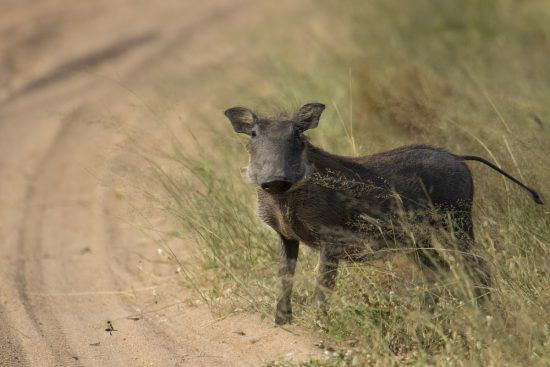 “Not Pumba!”, I said, horrified. I couldn’t believe that these sweet hogs with robust mini tusks and aloft tails (earning them another nickname, ‘the satellites of the bush’) could possibly form part of the Ugly 5, but it was true.

Perhaps this has something to do with their wiry hair or their warts – which aren’t warts at all, really, but protective bumps best used when fighting. Ugly or not, their upbeat trot and bushy tail spied through tall grass will no doubt bring a smile to any observer. 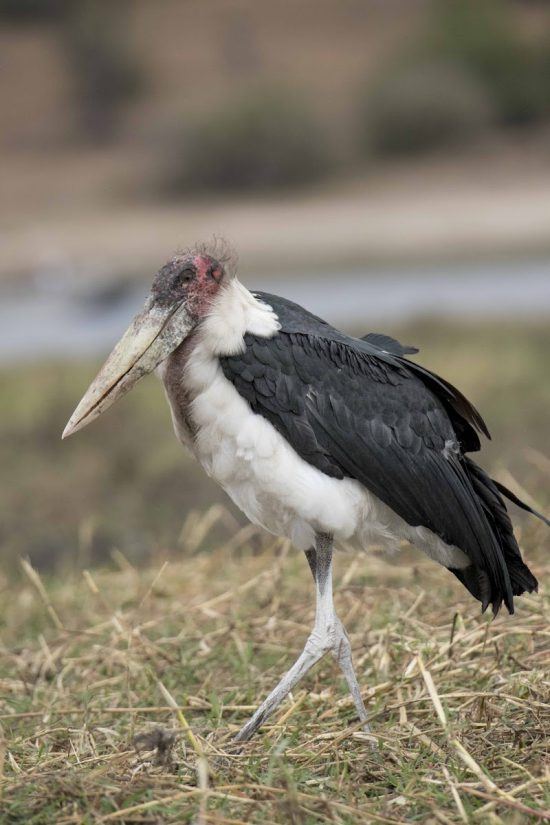 If this member of the stork family was a person, it would be that tall-but-stooped balding uncle who seems a bit grumpy at Sunday lunches. One look at a marabou stork would be enough for anyone to understand why they’re also sometimes called ‘the undertaker bird’.

I found out, much to my dismay, that their legs are naturally grey in colour, but appeared white due to a buildup of excrement which helps them regulate their body temperature. They’re often spotted alongside vultures at feeding time, with their diet consisting of insects, baby crocodiles, small mammals, fish, and, surprisingly, carrion. 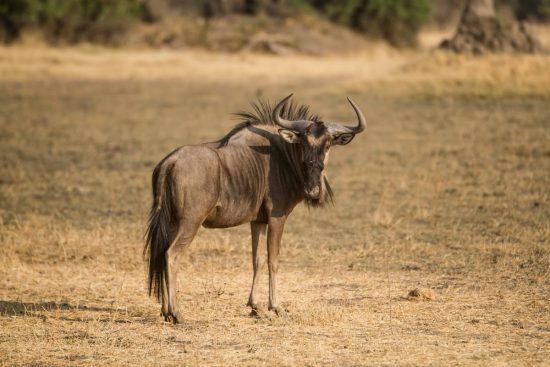 “We call them the ‘spare parts’ animal”, Gwandu told me. He was our tracker while staying at Klein’s Camp on a private concession in the northern Serengeti. I can see why. They seem to have been assembled from a variety of animals: the hind legs of an antelope, the horns of a buffalo, the mane of a horse, the tail of a lion, and a strangely elongated face not unlike that of an insect I can’t quite put a name to. 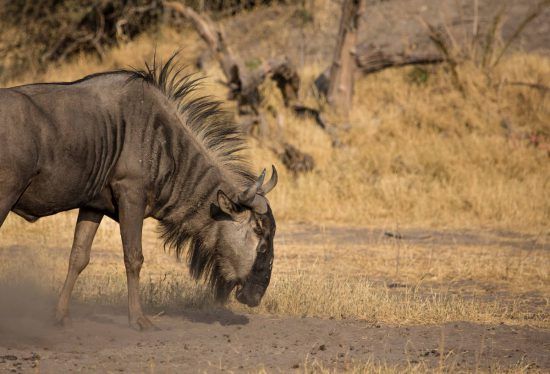 Not to mention their strange loping gallop that you wouldn’t have to look long to see resembled that of a rocking horse swinging backwards and forwards. Whatever the reason for their name, this member of the antelope family (that actually resembles a bovine) makes the list at number three. 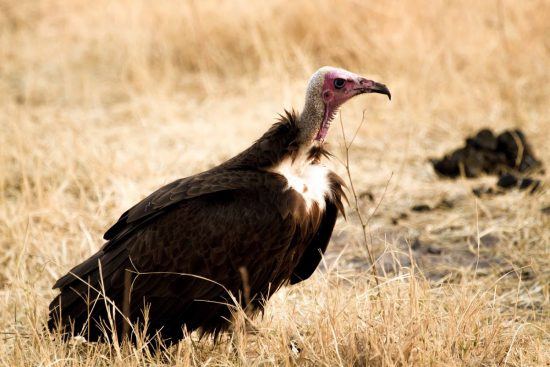 A critically-endangered hooded vulture in the Serengeti National Park

A regular companion of our other Ugly 5 contender, the marabou stork, the vulture weighs in as the fourth member of the group. Surprisingly social, these raptors mate for life and also move around in large flocks. Fun fact: when eating together, they’re collectively known as a ‘wake of vultures’. Pretty apt, if you ask me.

Don’t be perturbed by their intimidating features – vultures play a crucial role in ecological systems, feeding exclusively on carrion and equipped with the ability to eat meat so far past its sell-by-date that it’s harmful to other animals. In this way, vultures actually prevent the spread of disease by disposing of rotting corpses. 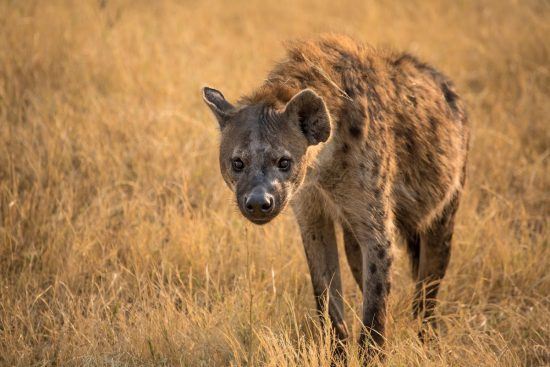 I personally think that The Lion King gave this poor bunch a bad rap. That and their awkward gait, but say what you will about hyenas, this group of predators have fascinating and complex social structures and are incredibly smart. Many scientists believe them to be smarter than chimpanzees with better problem-solving skills to boot. 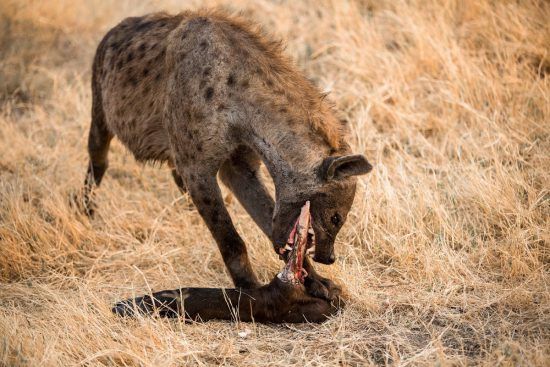 Hyena also doesn’t exclusively feed on scraps with the spotted hyena, in particular, proving to be incredibly capable hunters, themselves. Life can be tough for males, with females running the den. That said, it’s not easy for females either: if two females are born in a litter, one will ultimately kill the other, viewing her as competition. If a male and female cub is born, the male is left alone as he’s already a little lower on the pecking order. Poor guy. 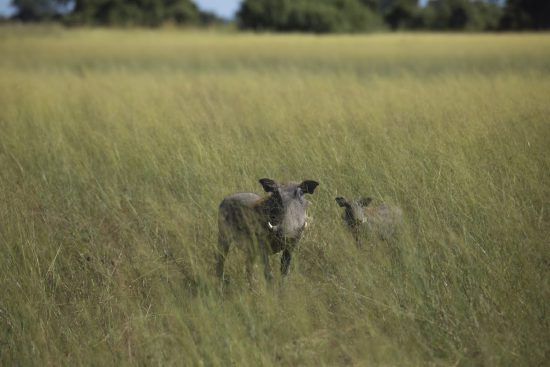 Did you know all members of the Ugly 5? Or do you have some of your own that you think should have made the list? Let us know in the comments section below!

5 responses to "Do You Know What Animals Make Up the Ugly 5?"