Romantic Places to Propose in Kenya

So you’ve found the elusive “one” – the person who laughs at all your corny jokes, supports your anime obsession and endures reality TV marathon viewing sessions simply because you enjoy them. You’ve basically unearthed the love holy grail – and now you want to put a ring on it… but in Africa. Fear not, we’ve got you covered. It does not get more glorious, scenic or Africa-ey than the land of the mighty Maasai. Keep reading for romantic places in Kenya that are ideal for a proposal.

Named after the Maasai phrase “enkare nyrobi” which translates to “cool water” – due to the Nairobi River which runs through it – Nairobi is where bustling cityscapes and unfettered nature meet. Popularly referred to as the ‘green city in the sun’ it has the excitement and pace of a metropolis but also traces of the nature and wilderness to be found just outside its limits. The continent’s largest mountain Mount Kilimanjaro can be viewed all the way across the border on a clear day and the Karen Blixen Museum, just 10 km from the city centre, will invoke nostalgia in those familiar with the Oscar winning film Out of Africa. 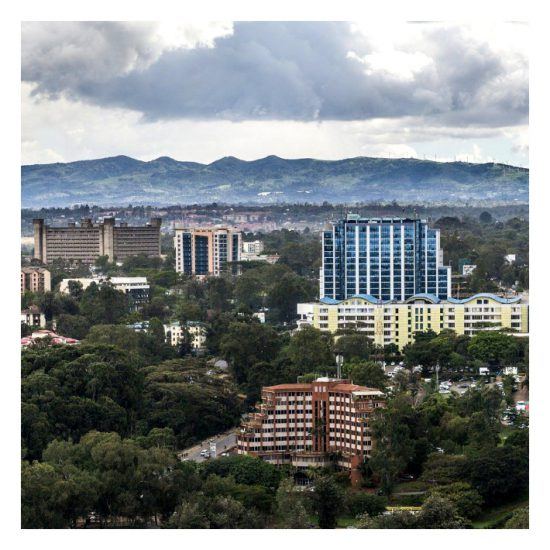 A short drive out of the city will take you to the Nairobi National Park where you can observe orphaned elephants and rhinos on their daily mud bath at the David Sheldrick Wildlife Trust, which is one of our top 10 things to do in Nairobi.

After your exploration of this exhilirating city and its sights, you and your loved one can return to one of the many luxury accommodations in the city. Giraffe Manor in the Langata suburb, an exclusive boutique hotel renowned for its herd of endangered Rothschild’s giraffe, is the perfect setting for romance with its surrounding 56 hectares of indigenous forest where various wildlife roam. Ololo Safari Lodge, on the other hand, is less than an hour from Nairobi and has an delightful cottage setting in its prime location overlooking the Nairobi National Park. 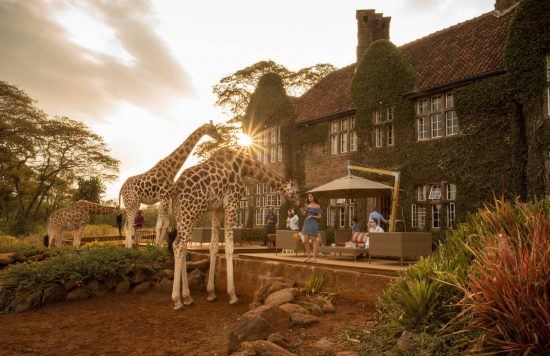 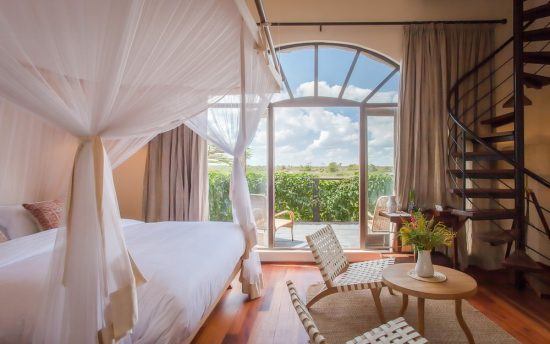 We’re huge proponents of wilderness proposals but definitely prefer a more private exploration if it can be helped. Our love for a safari away from the crowds is well documented and it might just be the thing for your big moment.

A less tourist’y attraction 5 hours from the capital city is Meru National Park, a more authentic safari and game-viewing arena where The Big 5 and other wild species can be viewed. With a diverse landscape – tall grasslands, lush populated marshes and dry bush sparsely dotted with trees as far as the eye can see – it is a true African wild. 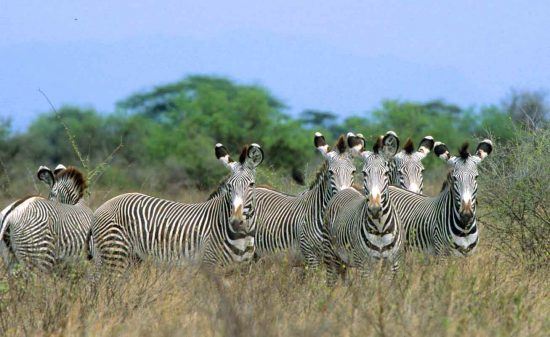 Spanning over 87,000ha it is as expansive as it is peaceful; the perfect setting for a romantic or contemplative bush walk. Daytime safaris and night drives all offer opportunities to connect with each other and the land. Cruises along the Tana River, journeying past Adamson’s Falls, are an absolute treat.

This  park can be accessed on day trips from select hideouts along The Great Rift Valley. Lake Elmenteita Serena Camp is situated in a wetland reserve where the glistening Lake Elmenteita can be found. The reserve, which is available for game-viewing of animals such as Rothschild’s giraffe and leopard, is one of the most alluring wildernesses in Kenya. 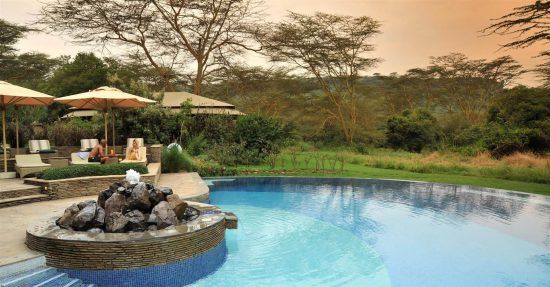 Giraffe’s bowing to the nourishing waters, roaming big cats – the lion, leopard and cheetah – and a pat of flamingos in their thousands, stretching so far across the water that it looks pink, are just some of the reasons why Lake Nakuru‘s one of most romantic places in Kenya. A part of the Rift Valley soda lakes, it is a private wilderness where both black and white rhinos wander its shoreline, itself a setting for thrilling views and exploration. If you’re lucky, you and your loved one might thrill in a python sighting and catch a glimpse of it as its slithers to and from the woodlands surrounding the lake (also a great opportunity to pull a protective Rambo stance in front of your love – major points!).

A flamboyance of flamingo

To explore this gorgeous Savannah, drives are ideal. The lake lies within the Lake Nakuru National Park, which is home to the buffalo, zebra, hippopotamus, jackal and more – all can be spotted on safari vehicle. This park also has beautiful lodges to host you, giving you plenty time to execute your super sweet surprise. If perfectly timed – you could pop the question to the sound of elephant trumpets, under the golden African sun, with the wild and untamed bush as your backdrop as a flock of birds gather overhead in the shape of a heart (aaaaaw).

Okay so maybe can’t exactly guarantee that Disney of a moment but it’ll definitely be beautiful. 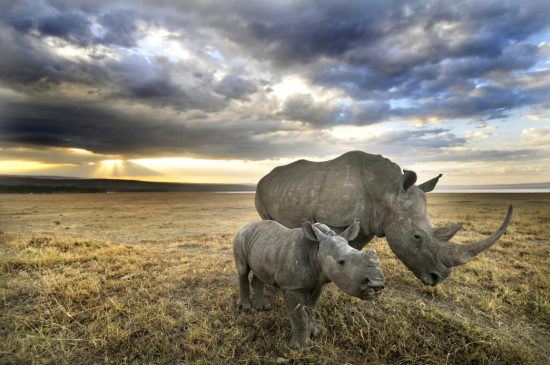 A remnant of a bygone era, the charming Lamu Island, with its narrow streets and pathways and simple way of life, is a place without the spectacle and pretense of many tourist destinations and yet undoubtedly one of the most romantic places in Kenya. Once a prosperous centre for slave trade, and home to one of the best preserved ancient Swahili settlements in East Africa, Lamu Old Town, it’s a slice of history with modern splendour. The three other settlements are Shela – with its white sands and beach-front guesthouses – Matondoni and Kipungani.

For your dream proposal, reach the island by boat or ferry, explore the historical parts of this gorgeous paradise and soak up the Kenyan sun by the crystal-clear picture-perfect beaches. For your stay, we love Kipungani Explorer, a remote and romantic hideaway hidden in a protected bay along the Indian Ocean and Manda Bay, a collection of stunning beach-side cottages. 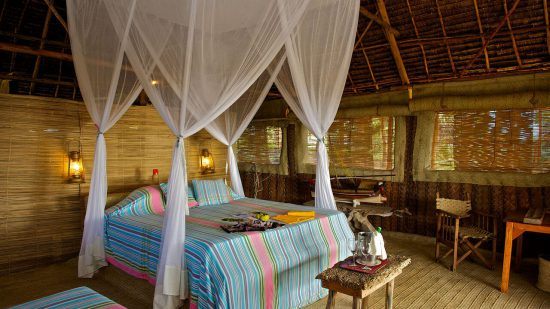 Inside a grass and thatch cottage at Kupingani
Photo credit: Kupingani Explorer 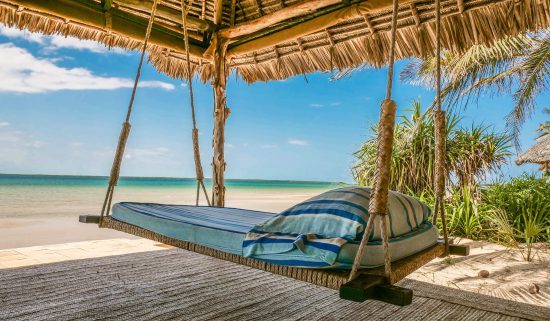 Kenya tends to invoke cinematic images of glorious landscapes and the open wild. Some might be surprised to know that its beaches are some of the most beautiful in Africa. On the north coast, palm trees tower over idyllic retreats where the clearest waters flow beyond pearl white shores.

The beaches of Malindi & Watamu are particularly stunning. They’re not only sanctuary for sea life but offer gorgeous exploration through cruises, dives, snorkeling, and game-fishing. 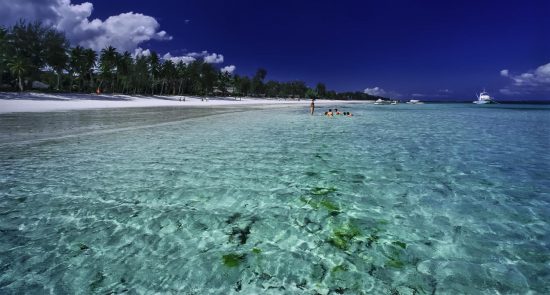 With over 110 species of coral, the Watamu Marine National Park is home to a plethora of sea life such as leatherback turtles and whale sharks, just in case you had an underwater proposal in mind.

Malindi and Watamu have an abundance of resorts that offer the ultimate tropical paradise experience. This area is also close the Arubuko Sokoke Forest, a sanctuary for elephants, and other fascinating areas, forests and ruins that make it one of the most intriguing and romantic places in Kenya. 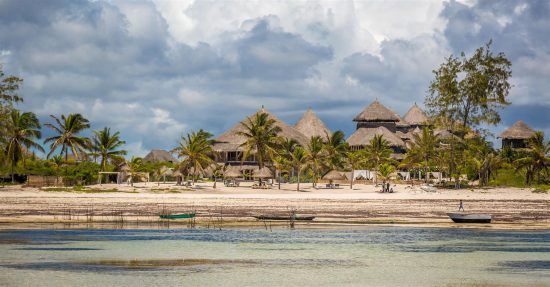 The largest tropical lake in the world, and considered to be one of Africa’s greatest, Lake Victoria stretches from Kenya to the territories of Uganda and Tanzania. Widely accepted as the source of the White Nile, one of the Nile River‘s two main tributaries, its grandeur, 68,800 square kilometres, is the stuff of legend. 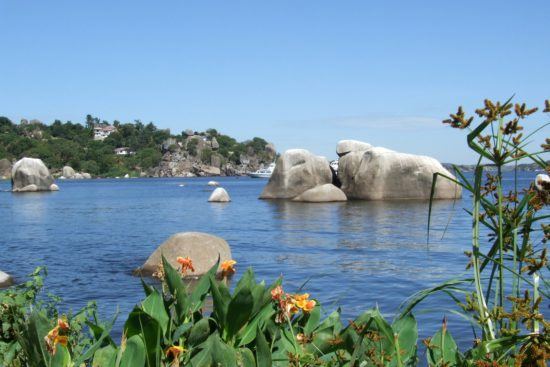 In Kenya, the lake can be reached by Kisumu Airport. Kisumu is itself a delightful little bustling city of markets and attractions such as the Impala Sanctuary. Nearby, Kenya’s only tropical rainforest, Kakamega Forest National Reserve, can be found and offers opportunities to explore it’s immense greenery and lush landscape.

Though the tourism industry is young in this region, it offers the seclusion and warmth of a village and the romance of rustic surrounding. Lodges such as Mfangano Island Camp deliver the quaintness of the region with none of the luxury spared – an idyllic setting for a proposal. 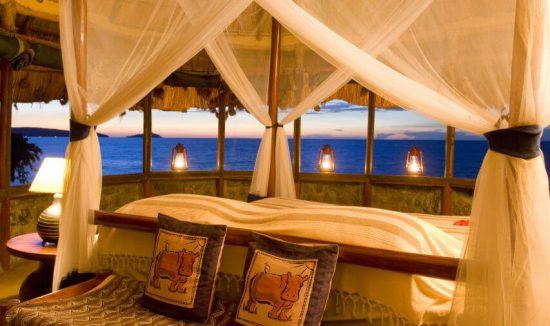 A room with a view of Lake Victoria
Photo credit: Governors’ Camp Collection

For Kenya tour ideas that include and extend past its borders click here.

10 Reasons Why You Should Visit Kenya