The Scenic 5 | Beautiful Landmarks on the Panorama Route

Affectionately dubbed the Scenic 5 (by literally no one but me) these Panorama Route landmarks will still – and steal – your heart, making you wonder why not a single fantasy movie has been shot there. As one of the few lucky enough to have grown up in Mpumalanga and more specifically the greater Kruger area, my love affair with this breathtaking stretch began with reluctant school trips, survived family outings and was reignited when looked upon through the fresh eyes of visiting friends. Their perspective was a welcome reminder that, in this place, man and nature had collided slowly over time to create these places of beauty, history and sometimes legend. 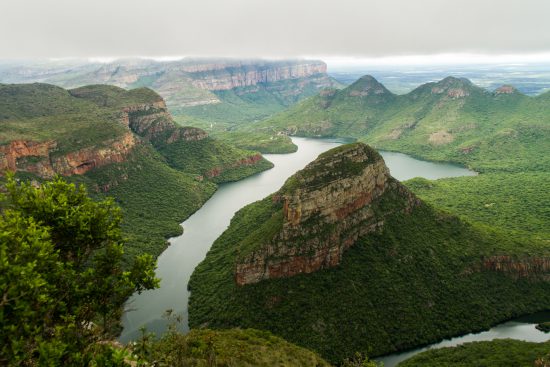 Through the Blyde River Canyon’s meandering path, sweeping views of an epic 800m descent are punctuated by gorgeous riverbed. On the way down, your gaze is rewarded with a complex labyrinth of mountainous scenery worthy of Tolkien’s universe. It’s these views over the Klein Drakensberg escarpment that feature on many a snapshot captured at its edge – various viewpoints offer different vantages, the most astounding being God’s Window and Wonder View.
The summit, a single quartzite column rising from the depths of the wooded canyon itself, offers views of the Three Rondavels, which protrude from its outer wall. The riverbed is a land of marvels all by itself. Where the Blyde River (river of joy) and Treur River (river of sorrow) meet is where the Bourke’s Luck Potholes have formed over a thousand years of nature’s geological sorcery.

The climate of this high rainfall plateau results in masses of waterfalls, many of which you can visit and admire. Others are hidden deep within some of the largest man-made forestry plantations in the world, where row upon row of pine and eucalyptus trees flourish. A visit to this magical landscape promises sightings of diverse plant life, birds and all five of South Africa’s primates.
The somango monkey, nocturnal greater and lesser bushbabies, chacma baboons and vervet monkeys can all be seen. Meanwhile, in the surrounding rivers and wetlands of Swadini Dam, hippos and crocodiles abound with waterbirds and otters making the occasional appearance.

The view point, over Blyde River Canyon, is simply breathtaking with the Three Rondavels spread proudly on the northern boundaries of the Drakensberg Mountains. 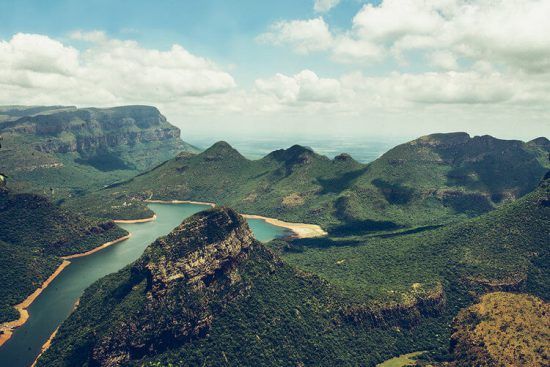 Named for its panoramic view down 900 or so metres of indigenous forest-shrouded ravine, these iconic cliffs offer an outlook worthy of the gods. God’s Window is only a section of a 250 km stretch of green precipice – so from various looking points, your eyes can feast for as far they can see on unbridled nature. Walking, hiking and mountain bike trails offer several options for navigating this awe-inspiring landscape of canyons, rock formations and waterfalls but a hike up into the Rain Forest View Point – not your regular, brisk walk so be warned – offers a challenge with ten-fold reward. My last adventure up this humid vertical course resulted in a rather undignified outburst halfway through – learn from my mistakes and take plenty sustenance and water, you’ll need it! 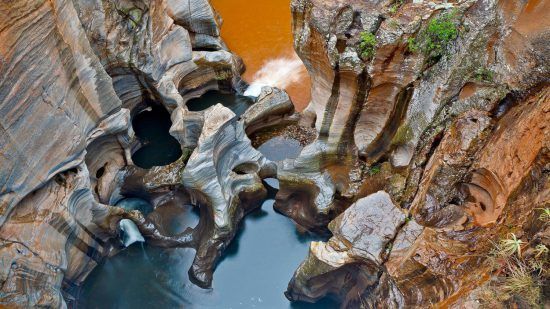 Named after the gold digger, Tom Burke, whose nearby claim produced not a single ounce of gold and whose sole lucky streak was to correctly predict that gold deposits would be found in the area, The Potholes are as mired in history as their splendid neighbours.
35 km north of Graskop town on the R532 road, this natural water feature is where the Blyde River Canyon begins in earnest. Over eons and eons, the billowing vortex of the Treur River waters bore into the Blyde River, causing waterborne sand and rock to grind huge, cylindrical potholes into the river bedrock.

A series of metal bridges take you right above The Potholes while walkways around the ridges allow different vantages from which to view and photograph. 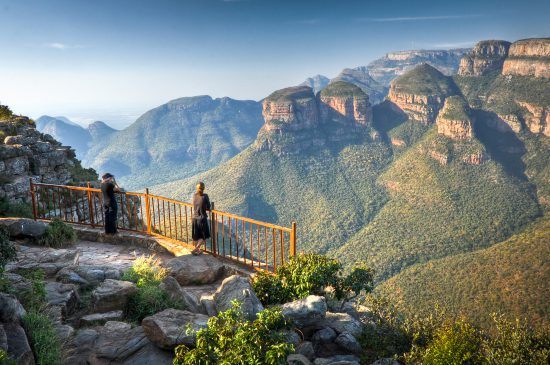 Driving along this magic route, you come to know of a layered history of battles and triumphs, tales fraught with movements and settlements and the inevitable clamouring for territories that mark these ages. Before the arrival of Europeans, the locals named these formations ‘The Chief and his Three Wives”, with the chief (Maripe Mashile) being the flat-top peak to the right and his wives, in descending order from right to left, being Maseroto, Mogoladikwe, and Magabolle.
Mashile is, of course, the 19th century Pulana chief whose tribe used the mountain as a stronghold and whose wives, rumour has it, were ever troublesome (with good reason, I assume).

A trio of rotund mountain tops with slightly pointed peaks, often likened to the traditional huts of the Zulu, whose shape they mirror, these hills were formed by the erosion of soft rock beneath a sturdier rock that crumbled even slower over time – geological inception at its finest! 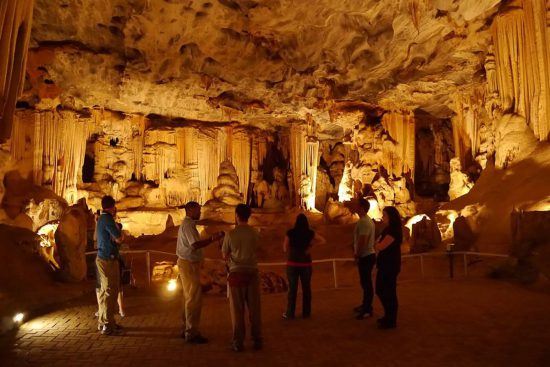 The story goes that in the 1920’s, a farmer investigating the mysterious disappearance of his cattle stumbled upon the Echo Caves. He had no way of knowing the rich history contained within its depths – how the indigenous people once took refuge within them, using one of the stalactites as a drum to warn of approaching Swazi. It is after this echoing sound that they are named. Situated amidst the rolling hills of the Mpumalanga escarpment, they are some of the oldest caves in the world extending for some 40 km. They can be uncovered via guided tours through 2 km of tunnels or, on special tour, via a deeper delve into their carnivorous depths – not for the faint-hearted!