At least once in a lifetime, you might find yourself faced with the questions, am I brave enough? Do I have what it takes? Am I strong enough to try my hand at the impossible? And sometimes, most times, the only way to find out is to take the leap.

10 Rhinos (Rhino Africa staff) have taken this leap and accepted the challenge. And on 23 July 2019, they will embark on another gruelling adventure that is Challenge4ACause.

No challenge too mean for the spandex-wearing team 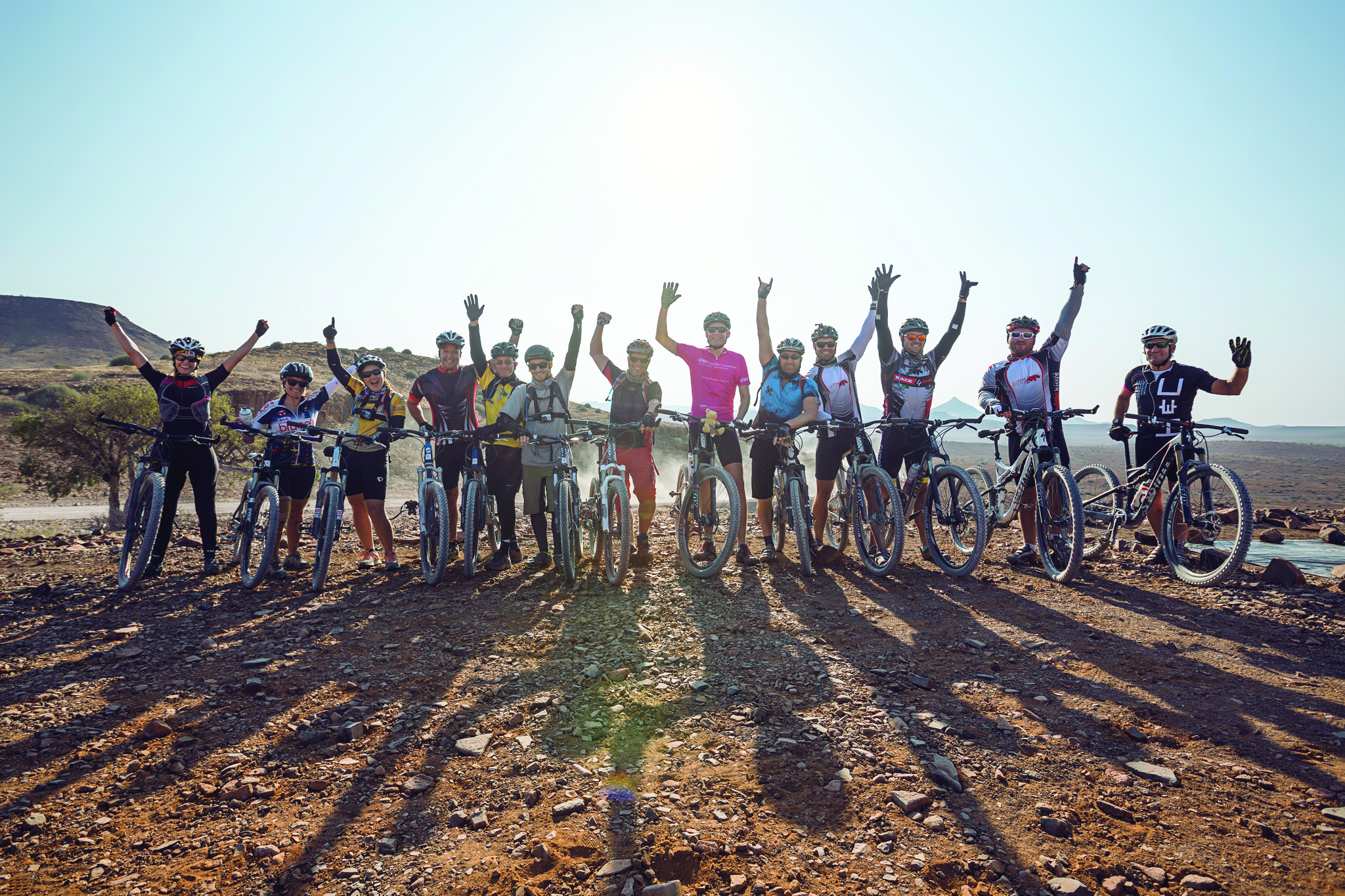 Driven by a burning desire to give back to Africa, uplift its people and preserve the wildlife of our magical continent, Rhino Africa launched C4AC. And thus, this crazy initiative was born.

Crazy for two reasons. Firstly, it consists of multiple days of extreme mountain biking, over 400km from start to finish; secondly, the route traverses some of the most remote and barren parts of Africa. Envision empty horizons, no civilisation and lots and lots of sand.

So it’s fairly obvious where the challenge element of this comes in. But, what about the cause? Well, Rhino Africa is a company founded on the principle of giving back. Africa is such a magical place and everyone – all around the world – should have the privilege of experiencing her charm. And only through the preservation of her wildlife, the protection of her incredible spaces and upliftment of her warm people can this be possible.

What better way to raise awareness and funds, than by exploring the most remote and inaccessible parts of our beautiful continent. As they say, the pain might be temporary (and self-inflicted) but the experience, scenery, camaraderie and sense of purpose makes this one of the most rewarding experiences of your life.

Stiff competition, stiff legs and stiff drinks are on the menu

After conquering the harsh Namibian desert (or at least trying our best to) for over 10 years, we thought it was time for new challenges on new horizons. This year, Rhino Africa has partnered with our close friends at Wilderness Safaris and are proud to embark on our inaugural Challenge4ACause; Tour de Tuli edition. True to Rhino Africa’s pioneering spirit, this four-day mountain biking challenge will see our Rhinos tackle the harshest terrain of not only one country, but three: Botswana, Zimbabwe and South Africa.

After all, what’s a challenge if it can’t be tripled?

If your teammates don’t chase you, the elephants probably will 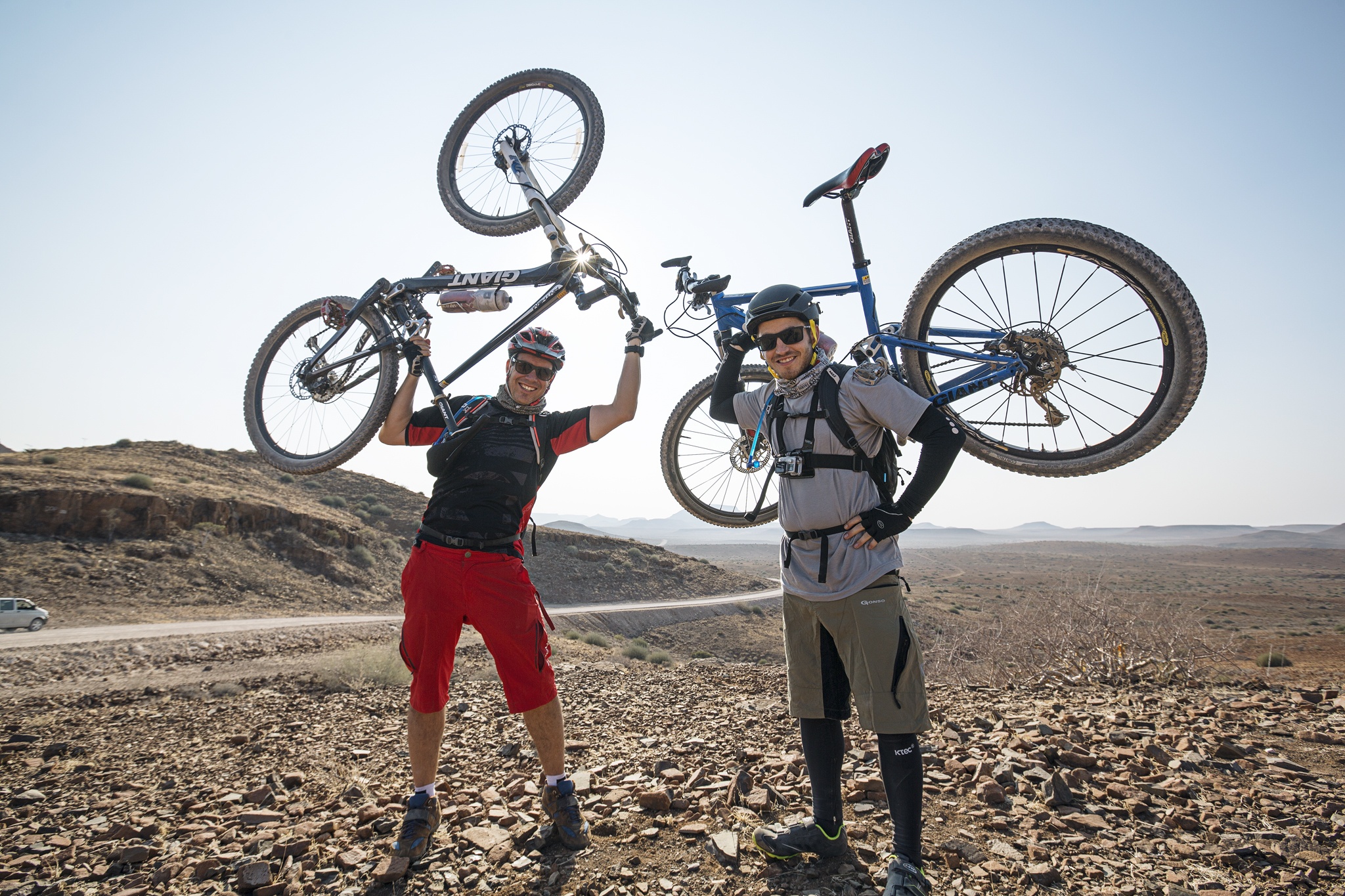 A multi-day mountain bike tour is not for the faint of heart. Think freezing cold temperatures in the morning, teeth chattering in the icy breeze, soon followed by the scorching heat of the blazing midday African sun, with no reprieve from the elements.

This voyage encompasses a daily average of 7 hours on the bike, delicately meandering along ancient game-trodden trails, singletracks across sprawls of loose stones and Moab-style steep cliffs and ridges. This is Africa’s true wilderness. Wildebeest, giraffe and warthog encounters are fairly common and, if you’re “lucky”, an elephant-sized “wake up call” to get the heart pumping.

It would be poetic if not for the pain

Why would anyone do this to themselves you may ask?

Well, the answer is simple: C4AC and Tour de Tuli are built around raising money for organisations dedicated to leaving a powerful and lasting impact in Africa. Over the past 12 years, C4AC has raised over R10 million ($720 000). An incredible achievement which has contributed to the protection of Africa’s most endangered animals as well as uplifting children and communities who need it the most. Our Impact Partners, Wildlife ACT, the Good Work Foundation, Khumbulani Educare Centre, The Click Foundation and Save the Rhino Trust have all done incredible work in preserving and building a better Africa for the future.

But there is still so much more to be done. This year, the Rhino Riders are aiming to raise R100 000 ($7,000) through our crowdfunding platform. All funds raised will be collected by the Rise Africa Foundation (our non-profit, overhead-free organisation) who directly support these worthy causes and the vital work they do.

Be bold, be brave, take the leap with our riders and become an ambassador for Africa – donate to C4AC now – and leave your legacy in Africa.

To everyone tackling Tour de Tuli 2019: best of luck! And don’t worry about getting lost, you’ll get an extra dose of gloriously unspoiled terrain to explore – all to yourself and some friendly local elephants too.

Challenge4ACause 2022 – The Return to Damaraland

Challenge4ACause 2022 – The Return to Damaraland