When considering where to go on safari, one of the main deciding factors is the wildlife you will be able to see, so what animals can you find at Phinda Private Game Reserve?

Aside from the Big 5 that thrive here, we’ve compiled a list of all the reserve’s other star animals that steal the show! 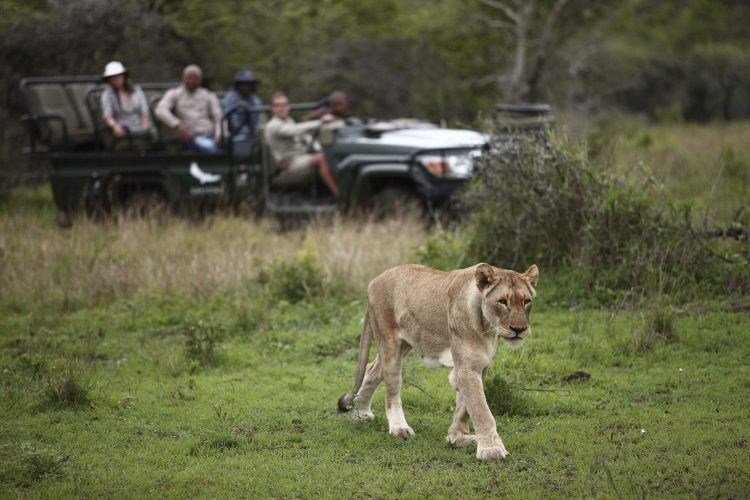 Lions and the rest of the Big 5 can be seen during a game drive. Photo: &Beyond Phinda.

Located close to the Indian Ocean coastline of the KwaZulu-Natal province in southern Africa, Phinda Private Game Reserve is well-known for its ‘Seven Worlds of Wonder’ habitat, ranging from wetland to grassland, woodland to forest, with marshes, pans, mountains and rivers in between. It is thanks to this unique and diverse environment that this range of varied creatures call it home.

If you stay at one of Phinda’s six luxury lodges, you can enjoy twice-daily game drives that start early in the morning and continue after the sun has set so that you can get a glimpse of all the animals in their natural habitat.

How to Get to Phinda

Daily direct flights from Johannesburg to Phinda or a three-hour road trip from Durban will get you there.

It’s also easy to combine your trip with one to Sabi Sand, the Timbavati, or Cape Town.

When to Go to Phinda

Good news, Phinda is an all-year-round destination thanks to its delightful subtropical climate! The prime time to visit, however, is from March to September.

If you would like to go see these magnificent animals, contact our friendly travel experts to start planning your African adventure!