Made up of maze-like sparkling lagoons, meandering channels and overgrown islands teeming with wildlife, the Okavango Delta in Botswana lies like a sparkling sapphire-and-emerald-coloured jewel at the heart of the Kalahari Desert.

Known as “the river that never finds the sea”, this wetland of winding oxbow waterways is a bucket-list expedition for anyone fuelled by a love of Africa and its striking array of wildlife. Like most countries across Africa, Botswana is a vast, largely undiscovered portion of land. Viewed from above on the flight over, the delta can appear to simply be a watery conglomerate of islands. But at ground level, the silhouettes, views and unrivalled magic that will ultimately come to define your stay, allude to a much more complex journey with quite the story to tell.

The landscape is arguably the most peculiar in all of Africa 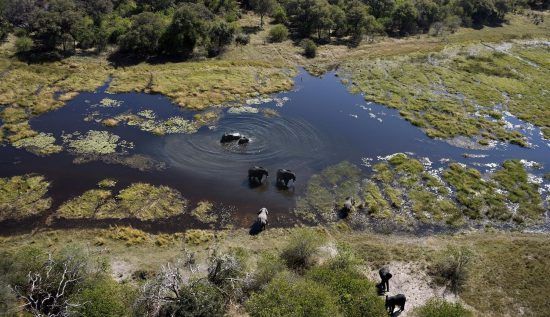 As fate would have it, the water that sustains the delta stems from a river born in the mountains of Angola, which flows into the Cubango through Namibia, forming the Okavango River, which then filters into the delta.

It can take up to six months for the rains over the headwaters to reach the extremities of the delta. But when it does arrive, it gives way to thousands of green fingers – an unfurling hand of permanent marshes and seasonal floodplains, knuckled with islands, shifting channels and swirling streams – creating this entirely unique, mirage-like oasis deep in the arid Kalahari.

The land is constantly in flux 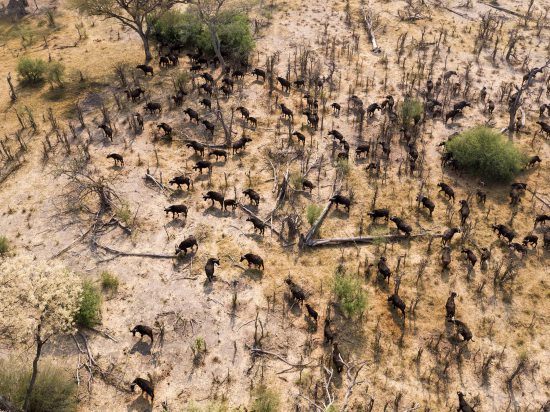 Each year the Okavango River discharges 11 cubic kilometres of water into the alluvial fan, arriving between April and July, before peaking in August. The majority of it disappears through plant transpiration and evaporation, with only two percent filtering into the aquifer beneath the delta.

Its beauty is incredibly rare 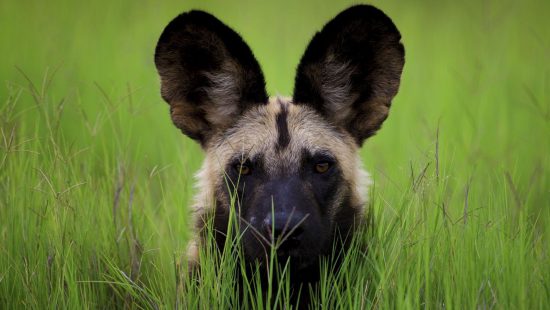 The Okavango Delta in Botswana was the 1000th site to be inscribed on UNESCO’s World Heritage list, in 2014. UNESCO’s criteria for listing the delta included it being “a landscape of exceptional and rare beauty”, “an ecosystem of remarkable habitat and species diversity” and its role as a home to “some of the world’s most endangered large mammals, such as white and black rhinoceroses, wild dogs, cheetahs and lions, all adapted to living in this wetland system”.

Water safaris are the most convenient form of travel 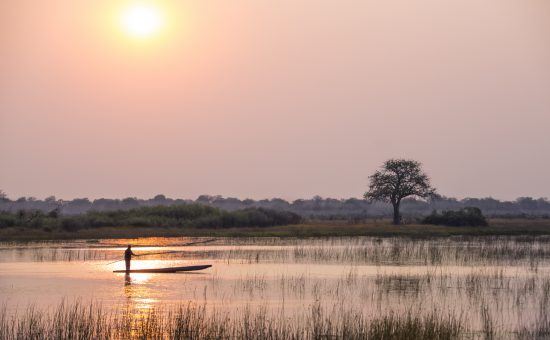 A mokoro glides across the Okavango River

While most travellers to Africa come for the ultimate 4×4 safari, Botswana’s swamp-like wonderland is best seen by boat.

Water-based safaris here are best enjoyed here, traversing the waterways on a mokoro canoe. These traditional boats were once made from a carved out tree trunk, however, now they are made out of more environmentally-friendly fibreglass. 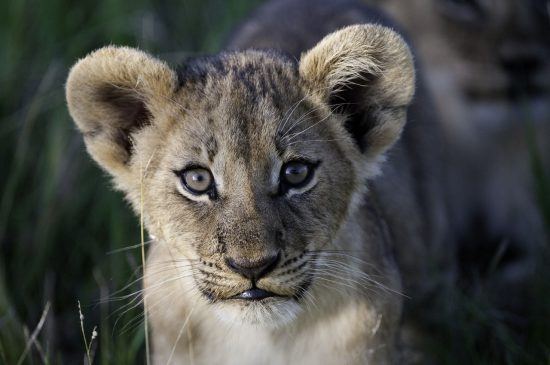 A lion cub in the Okavango Delta

The continuous expansion and expiration of the delta means that this “mother of waters” sustains vast quantities of wildlife that shift with the seasons.

During the wet season, which isn’t characterised by any rainfall, most large animals move away from the delta to take advantage of the lush grazing that surrounds it. As this grazing begins to die in the winter, the animals move back.

Myriad of species can be found, including the largest elephant populations in the world, hippopotamus, giraffe, Nile crocodile, lion, cheetah and leopard. Notably, the endangered African wild dog still survives within the Okavango Delta in Botswana and exhibits one of the richest pack densities on the continent.

Animals aren’t the only inhabitants 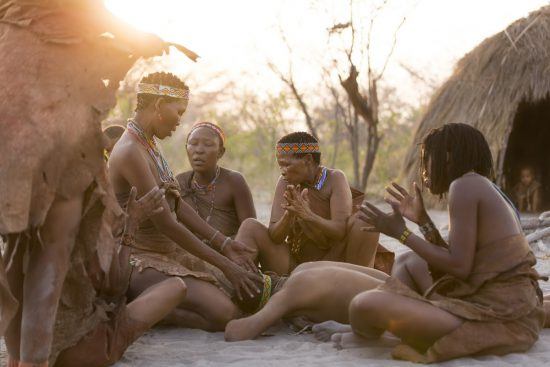 The BaSarwa live on the eastern side of the Moremi Game Reserve. The traditional BaSarwa lifestyle of hunter-gathering has sadly diminished over the years with their historic homelands being affected by human encroachment. However, walking with bushmen is a fascinating activity that attracts visitors to the Central Kalahari and Makgadikgadi salt pans, over and over again.

The number of islands almost outweigh the elephant population 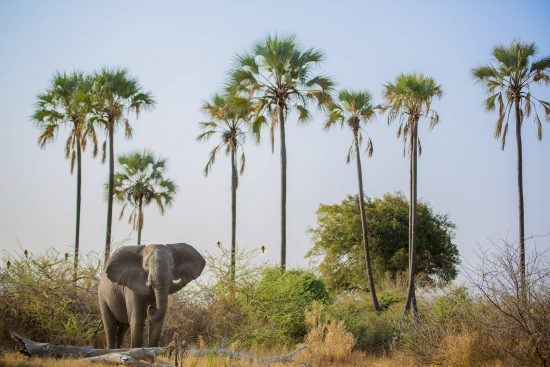 The Okavango Delta is made up of over 150,000 islands, some tiny, others bigger. The largest island in the delta is Chief’s Island, which is around 70km long and 14km wide. Once the private hunting reserve of the chief, it is now one of the best places to spot wildlife in the delta and is home to some of Botswana’s top luxury lodges. 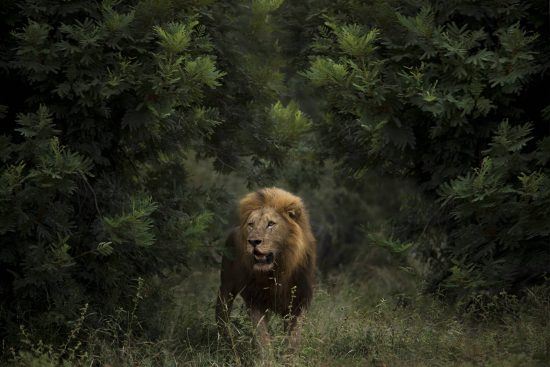 A male lion emerges from the bushes in the Okavango Delta

After gaining independence in 1966, the discovery of diamonds came shortly after. However, while diamonds were to be an industry to nurture, the Botswana government looked long term and decided to focus attention on its wildlife and places of natural beauty as well.

What has resulted is one of the wildest tourist destinations in the world. Today, the country’s tourism industry is centred around photographic safaris and a “high value, low impact” model, ensuring there is no risk of overtourism and animals aren’t harassed by dozens of vehicles.

Over a third of the country is now designated to National Parks or Game Reserves. And as a result, the Okavango Delta in Botswana can continue to retain its wild, remote and unspoiled beauty.

The Okavango Delta is a place that single-handedly manages to revive African myth. Shedding light on a wondrous narrative style that constantly paints and personifies the Africa of your dreams. And if Botswana’s story inspires you, read more here.