In the barren semi-arid Kalahari Desert lies some of the most unimaginably wild spaces on earth, home to several unique attractions.

Although this might sound hauntingly isolated, it’s home to a surprising variety of wildlife. These animals have either managed to adapt to the extreme climate of the Kalahari Desert, or they rely on migration. 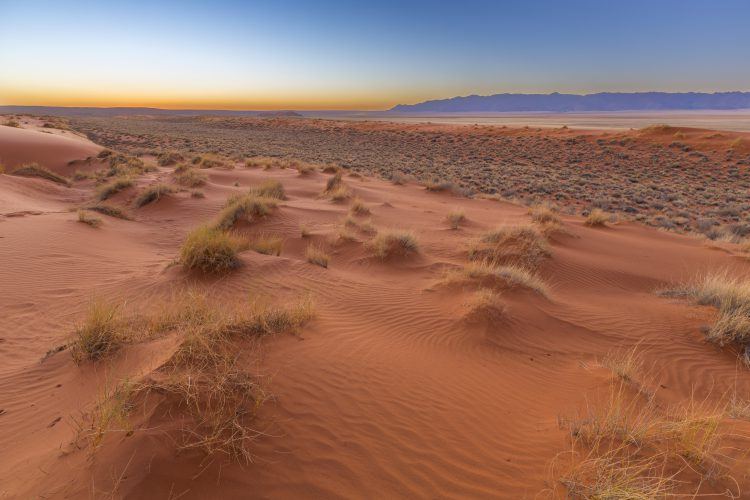 The vast beauty of the Kalahari Desert

It covers 900,000 square kilometres and is spread across Botswana, Namibia, Angola and South Africa, with the largest area taking up over 80% of Botswana.

Here are just some of our favourite attractions in the Kalahari Desert. 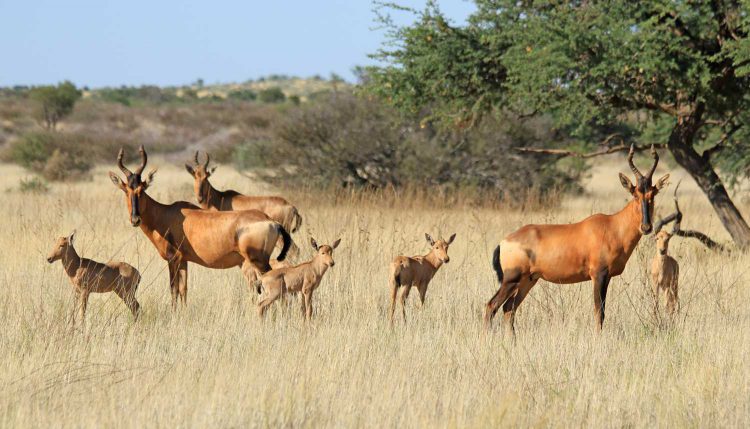 The Makgadikgadi Salt Pans in north-eastern Botswana are the largest in the world, covering an area of 16,000 square kilometres.

These pans are worth seeing twice as they look completely different throughout the different seasons. 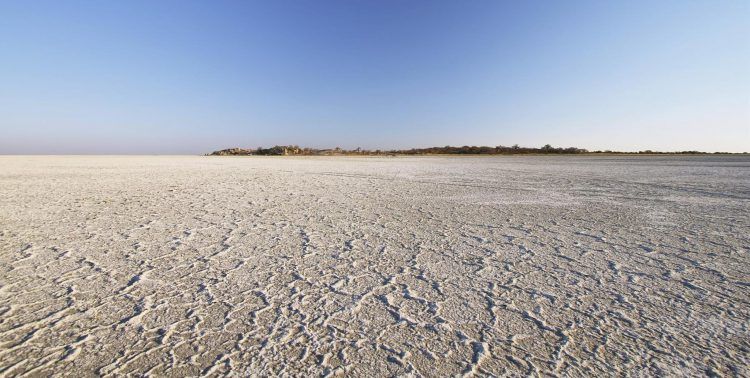 The Makadikgadi Salt Pans in the Kalahari Desert.

If your trip is during the dry winter season with no rain, you can expect parched, dusty and abandoned plains. During this time, the ethereal isolation of the shimmering pans is something you’ll never forget. 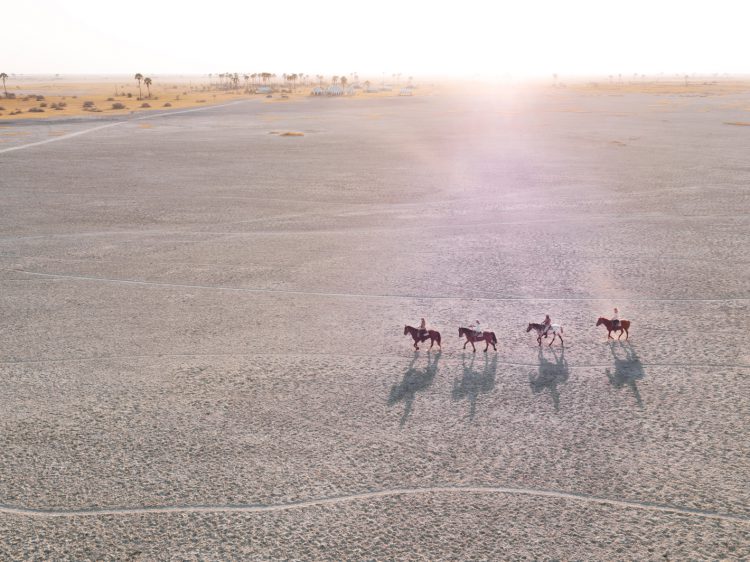 In the wet summer season, on the other hand, rainfall brings relief to the dehydrated soil, transforming it into grassy wetlands and acting as a vital lifeline to the animals. Flamingos dot the horizon of the Sowa pan, and other animals like springbok and wildebeest throng to the water with predators close on their heels. 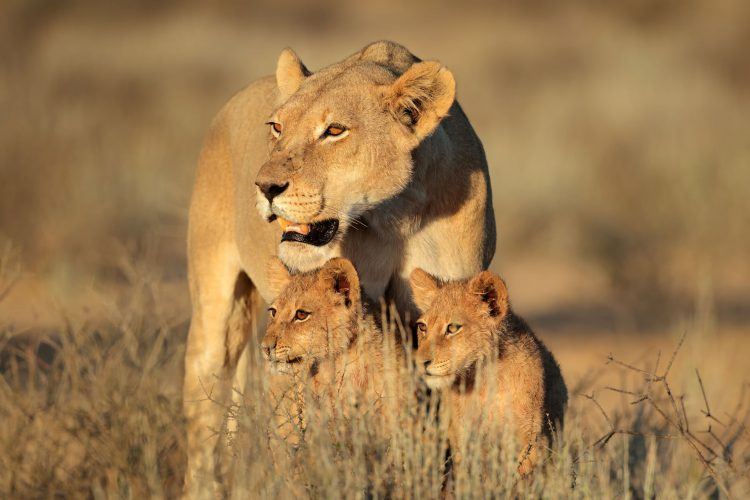 Lioness and cubs in the Kalahari Desert

The Makgadikgadi Pans area is also home to the second-largest zebra migration in the world. Approximately 25,000 zebras make their way here from the Okavango Delta every year. 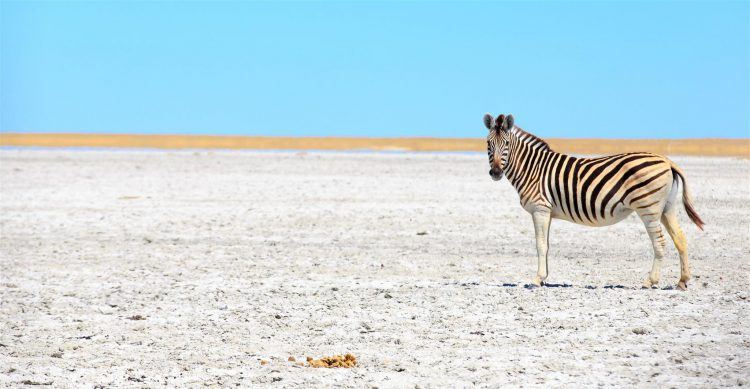 A zebra roaming the Makgadikgadi Pans

The Tsodilo Hills in the north-west of Botswana was declared a UNESCO World Heritage Site in 2001. It gained this prestigious title because of its significance to the local Bushmen, and because it acts as a record of ancient civilisations.

Nicknamed the ‘Louvre of the Desert’, approximately 4,500 rock paintings adorn the faces of these hills. The area is also sacred to the Bushmen as it’s considered to be a resting place for their deceased.

With over 500 sites of paintings, it’s one of the most historically meaningful rock art sites in the world. 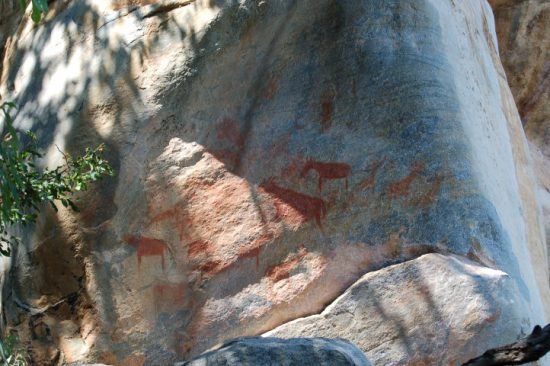 The Baines’ Baobab trees, named after the 19th-century explorer Thomas Baines, are set on the edge of the KudiaKam Pan of the Nxai Pan National Park. They are sometimes referred to as the ‘seven sisters’ or ‘sleeping sisters’ and can store up to 120,000 litres of water in their trunks, enabling them to survive in the dry Kalahari Desert.

You really can’t fathom the sheer size of these bulky trees until you are standing right in front of them, and during the wet summer months when the salt pans fill with water, the eerie reflection of the trees on the water’s surface is magical. 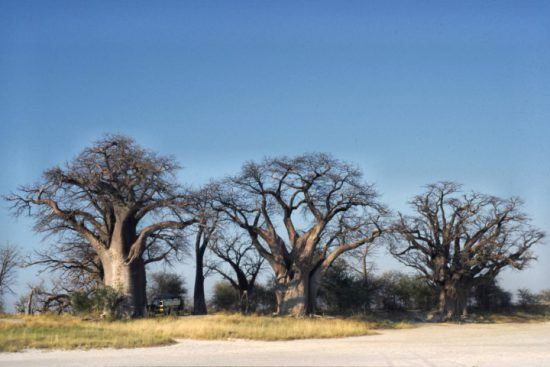 The Kalahari is home to an ancient African tribe, the San Bushmen. One of the oldest ethnic groups in the world, they’ve lived in harmony with nature for many, many years and have honed exceptional survival skills over time. 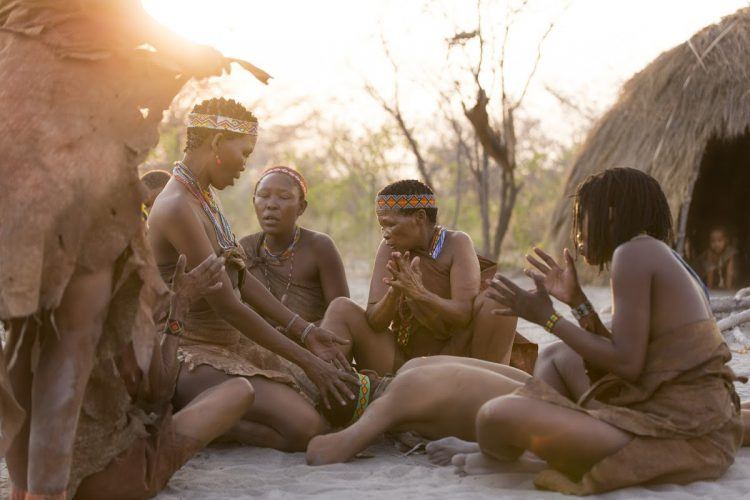 San Bushmen in the Kalahari

The opportunity to walk through their world and experience their ways is a truly humbling and fascinating experience. They will teach you how they hunt, gather food, make fire, and much more.

Far removed from civilisation, artificial light and pollution, the Kalahari Desert’s star-littered night sky will certainly take your breath away.

Sleeping under an illuminated canopy of stars in the heart of the desert is an experience that should be on everyone’s bucket list. 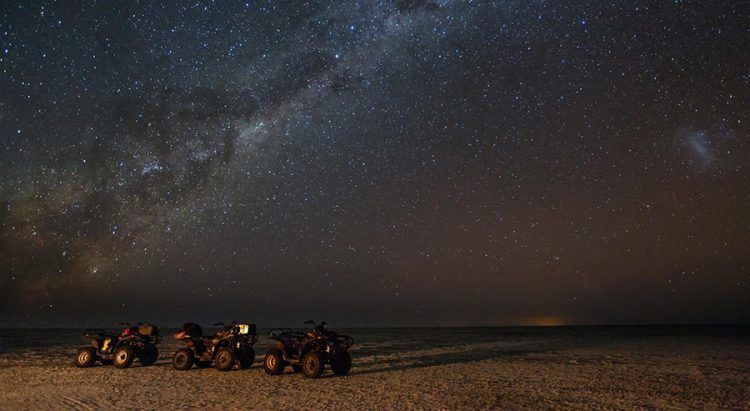 Contact us so that we can help you plan your trip to the Kalahari Desert today! 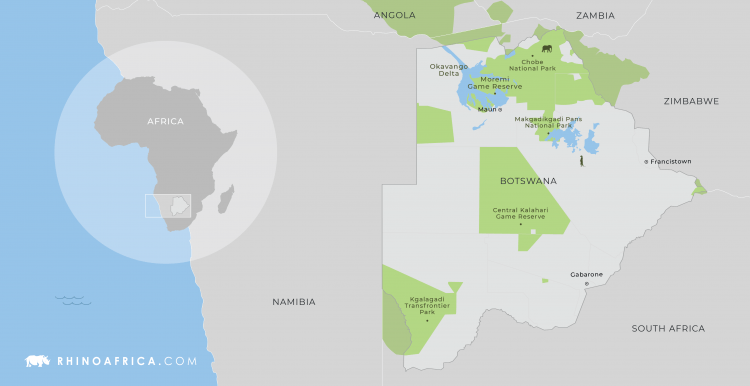 If you liked this blog, follow us this way for more.