Redefining Paradise on the Island of Mauritius

You don’t need me to wax lyrical about bleached sands, swaying palms and sapphire waters. This is the island of Mauritius. It has all of the above in spades, and you already knew that.

But what sets this Indian Ocean islet apart from your archetypal beach utopia isn’t anything to do with those things, nor the kaleidoscopic coral reefs or melodramatic sunsets that have come to define its place in the world. Ask anyone who’s visited, and they will tell you it’s the people.

Getting to know the island’s cultural tapestry 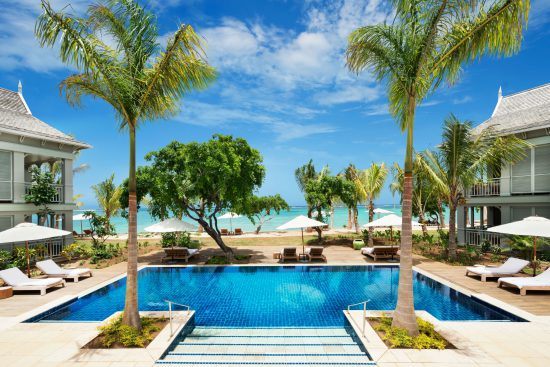 While Arab and Swahili sailors knew of Mauritius long before the 16th century, the island was largely uninhabited until the Dutch arrived in 1638. Since then, a steady stream of traders, travellers, settlers, slaves, pirates and princes have checked in from Britain, France, Africa, India, China and the Middle East, resulting in a boisterously bizarre mishmash of cultures that ripples through the streets. And this endless variety is the key to Mauritius’ charm.

Brightly coloured Hindu temples and shrines pepper the landscape, and those of Indian descent can still be seen wearing the traditional clothes of their forebears. But Mauritius is all about a diversity of races and cultures living side by side. Because of the multicultural nature of the society, hardly a week goes by without some celebration or religious ritual taking place, from Tamil fire-walking and Hindu body-piercing ceremonies to Catholic pilgrimages and Chinese dragon dances.

And while many who make the trip to this iridescent outpost come simply to lie on the beach, perhaps with a quick snorkel or spot of waterskiing thrown in for good measure, those who venture beyond the swimming pool and sun lounger will be rewarded with a variegated dollop of culture that is unlike anything found elsewhere.

A short history of modern-day Mauritius 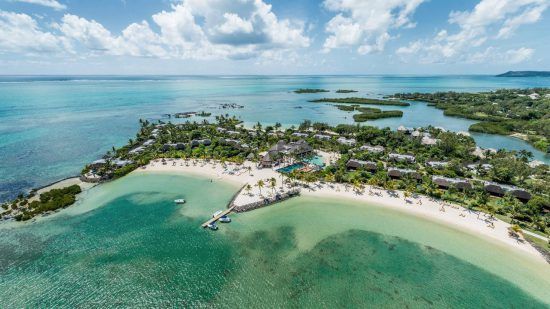 As it is, Mauritius first boomed as a holiday island in the 1970s and ’80s, which resulted in rapid overdevelopment on some of the island’s best beaches: too many big hotels, too many sun loungers, too many guests, and all this while many of the world’s beach destinations were going boutique. But now the island is back.

Today some obstinately insist that “west is best”, but we prefer the island’s more exclusive east coast. And while each end of the island (including north and south) does provide unique perks, the eastern side’s more blissful beaches and glorious golfing greens are out of this world. This is also where you’ll find the gorgeous One&Only Le Saint Géran Beach Resort and opulent LUX* Belle Mare Hotel.

Off the beaten path 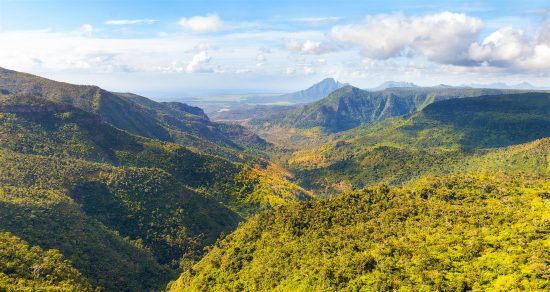 Journeying away from your resort, however, will quickly yield rare treasures. Heading inland, striking mountain formations dominate the vista. Hiking and high adventure abound, whether it be scaling Le Morne Brabant, trekking through the rainforest in the Black River Gorges, or zip-lining across the multicoloured landscape at Chamarel.

There are also endless opportunities to connect with the culture and history of the island: the day-to-day dealings of sugar production, towers and forts built in the 1800s, and mysterious shipwrecks that are scattered throughout. Mauritius speaks to the adventure-seeker, coastline-clinger and honeymooner alike, boasting trails through pristine forests, around tumbling waterfalls, and up mystical mountain paths. The island’s crystalline waters surround coasts that explode with life, offering some of the best diving and snorkelling in all of Africa.

Throw in volcanic crags overrun with chattering monkeys and swooping kestrels, and this textbook island getaway you’ve seen plastered across postcards suddenly becomes anything but so.

Acclimating to the island’s change of pace 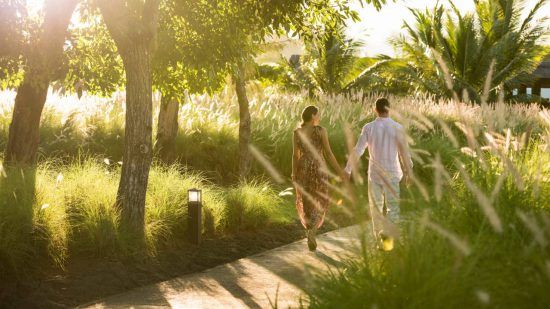 Recently the world’s definition of “paradise” seems to have morphed into something overly superficial – less Robinson Crusoe and more Las Vegas, filled with garish beachside carnivals of cocktails and bombastic attitudes. In other words, completely the opposite to that which is endemic to Mauritius.

But the island has safely returned to its roots as of late, allowing anyone to find their own slice of heaven here. This is the place where island dreams are made. Where paradise is achieved by the people you meet along the way, leaving you and your temporary corner of sun and sand more enriched than ever before.

If you’re on the lookout for a beach break, get into the groove of this laid-back island getaway.

Secrets to a Romantic Seychelles Holiday