The tour that Explore Sideways put together for us is called a ‘foodie’ experience in Cape Town‘s Bo-Kaap, but it’s so much more than that.

Crowds pour down the steep cobblestone streets, tourists posing for Instagram-worthy photos against the backdrop of these multi-coloured walls. I hear a mosque’s call to prayer ringing through the crowd’s chatter.

Back in the day, Bo-Kaap residents could not own their homes and were forced to paint it white. As soon as they could purchase it, they drenched the buildings in colour to celebrate their freedom and express their identities. Our guide Zaki explains with a smile: “After all, we’re all people of colour.”

Born and bred in the Bo-Kaap, Zaki was taking us around his neighbourhood to share what makes it so special. With his prominent cheekbones, kind dark eyes, slicked-back black hair and amusing anecdotes, Zaki is very likeable and relatable, regardless of how different his background might be from yours. 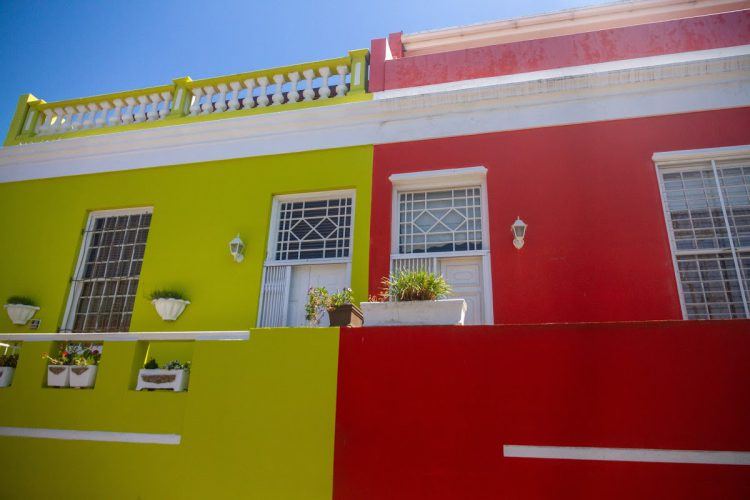 The Bo-Kaap might be colourful, but it has a dark history. In the sixteenth century, the Dutch brought slaves hailing from areas such as Indonesia, Malaysia, Asia and other areas of Africa to the Cape. This melting pot of skills and trades resulted in the thriving hub of culture and Cape Malay cuisine as it’s known today.

Although it has an enviable location a mere stroll from the city centre, its recent South African Heritage Site status has ensured that it will be preserved for future generations.

It’s a Muslim-dominant neighbourhood, and therefore you come across multiple religious buildings as you stroll through the streets.

Zaki shows us around a few stores, including their local spice store, Atlas, which has been trading since 1943 in a building that’s over 100 years old. We browse the spices while Zaki tells us more about the Masala spice, a popular ingredient in South African cooking.

The Bo-Kaap families, however, like to mix their own top-secret Masala blends, he tells us, further reinforcing the community’s cultural pride to me. 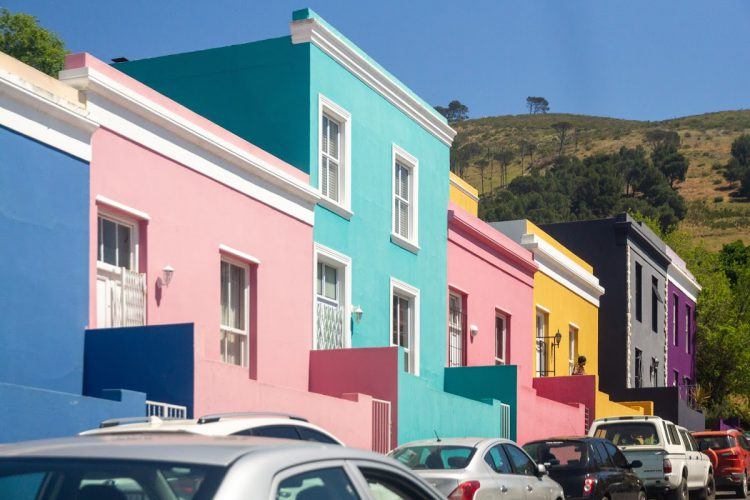 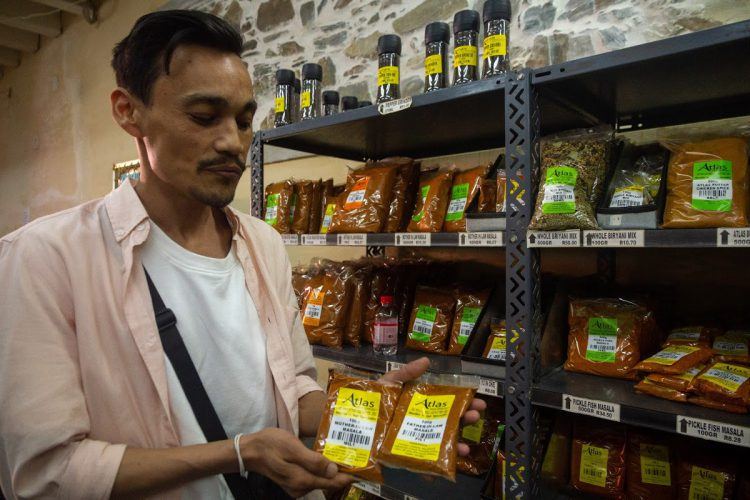 We follow Zaki to his mom’s house for a baking demonstration. Zainie Misbach is a petite woman with a powerful story and somewhat of a local celebrity.

She has been teaching Cape Malay cooking for over a decade, co-managed both their family-founded restaurants, Biesmillah and Noon Gun Restaurant, and made her appearance on several cooking shows. This includes being a Food Consultant on MasterChef SA.

Zainie raised her children all by herself in this very house, and she stresses that she bought it with her own money. You can tell that she is fiercely proud of this and won’t go down without a fight to protect her community.

She ushers us in with a warm welcome that made me think back longingly to my late grandmother. Inside, it’s impeccably neat and she shows us to the open kitchen before handing us our aprons. She starts the demonstration, bright-eyed and sharing stories as she works the dough and mixes the spices. 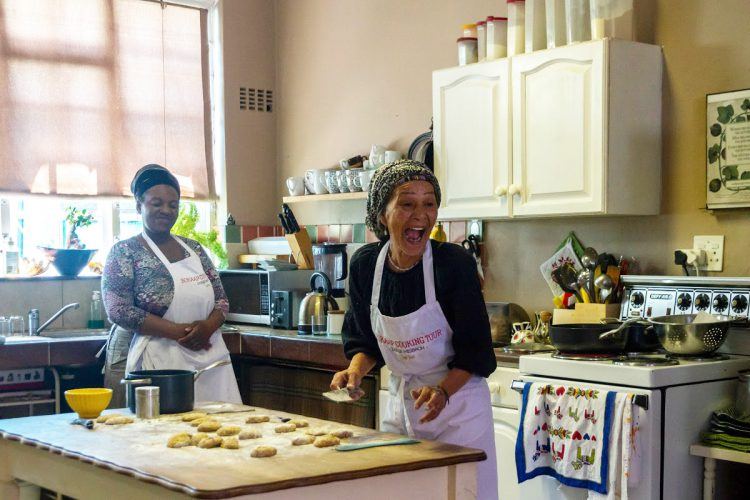 Apparently, the original version of this treat, Hertzoggies, was South African politician J.B.M Hertzog’s favourite. In the 1920s, he promised that we would give women the right to vote and coloured people equal rights. He kept his first promise but did not deliver on the second.

To show their dissatisfaction with him, they started to cover half of the Hertzoggies in brown icing and the other half in pink. They named it ‘Twee Gevreetjie’, meaning ‘two-faced’ or ‘hypocrite’ in Afrikaans.

I bite into the Koe’sister, syrupy goodness oozing through the fluffy dough, the sprinkle of coconut flakes adding a wonderful flavour that lingers. This traditional sweet treat is not to be confused with Koeksisters, the Afrikaner version that is plaited and served cold. These koe’sisters, on the other hand, are the traditional Cape Malay balls of dough flavoured with spices and coconut. 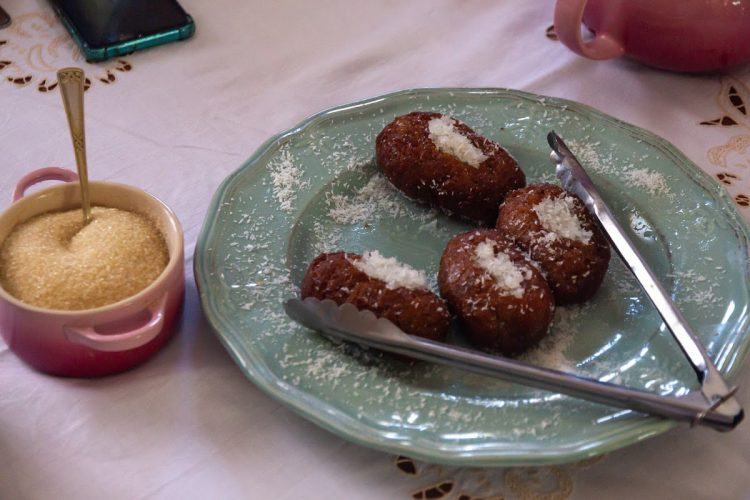 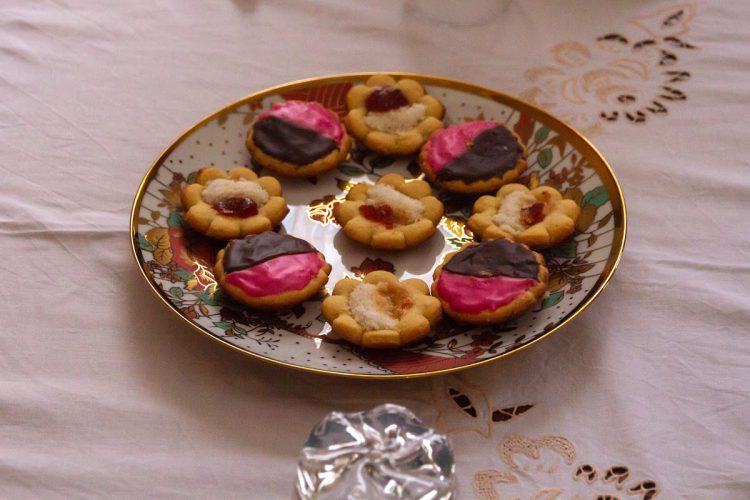 Giddy from the sugar and chatter, I leave Zainie’s home feeling as if I’ve just visited family. I walk into the blinding sunlight, my eye catching a red and yellow poster plastered on one of the buildings.

I make out the words: This Heritage Site is Under Threat, and it hits home. After spending a day in the warm embrace of this community’s hospitality, I feel impacted by the history. I picture what these same streets would’ve looked like so many years ago. Thinking back to the people who chipped away and fought to protect the jewel the Bo-Kaap still is today.

As a final treat, we arrive in a quiet area on Signal Hill. A stylishly prepared picnic awaits us, complete with parasols and boho-chic décor.

We feast on canapés and take our pick from a selection of cold beverages, including soft drinks, wine, beer, and – yes – even bubbly. This is the perfect way to end the day, overlooking the city to reflect on everything we’ve seen, tasted and – most of all – felt. 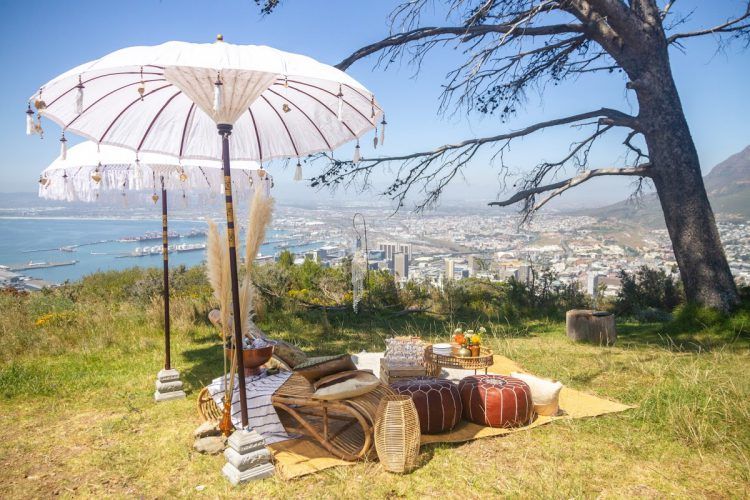 Specialising in private tours and experiences, Explore Sideways offers something other than the norm. Select from their established tours or let them curate a tour specific to your needs. Perfect for curious, adventurous travellers who are tired of the run-of-the-mill ways to explore a city.

If you liked this blog, wander this way for more inspiring ‘Postcards from Africa’ content.

Rhino Africa will show you Africa in an extraordinary way. Contact our Travel Experts for an obligation-free quote today.