When 25-year-old Lee Swart started applying for field guiding jobs, the initial reaction wasn’t entirely positive: “I got a lot of doubtful responses, especially from older men, stating that guiding wasn’t a job for women, warning me that I was entering a man’s world,” Lee recalls. “Some even went so far as to tell me I would not be doing it for very long and should start thinking of other things to do with my life”.

“Luckily I am an ‘I’ll prove you wrong’ kind of girl and this is what I strive to do: show the world that I can follow my passion, and as difficult as it is, break into ‘a man’s world’ – and not only do it, but succeed at it too.”

The future of safaris in Africa 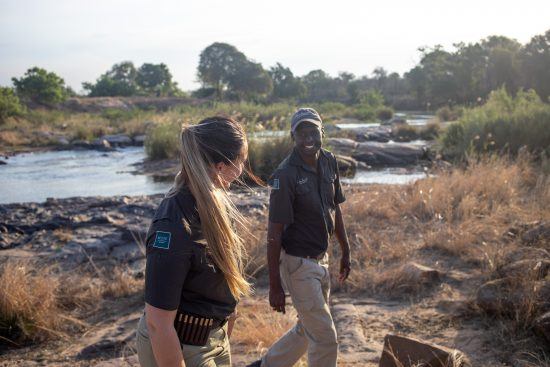 Lee considers herself a mentor to any other woman who wants to enter the field, something she felt lacked during her entry.

When I spoke to her in October of 2019 she was working at Lion Sands Ivory Lodge as one of two female guides.

“I do think that it (the safari industry) is becoming more receptive to women guides. However, you still have to work really hard for it; you have to prove yourself and earn respect from your male counterparts”.

Since my time with her, stories of women entering the safari industry have begun to flicker on my radar with increasing frequency. On a global scale, gender lines are blurring in occupations have been dominated by one sex. And this, simply put, is a good thing. Because when people pursue careers based on interests and abilities, everyone benefits. 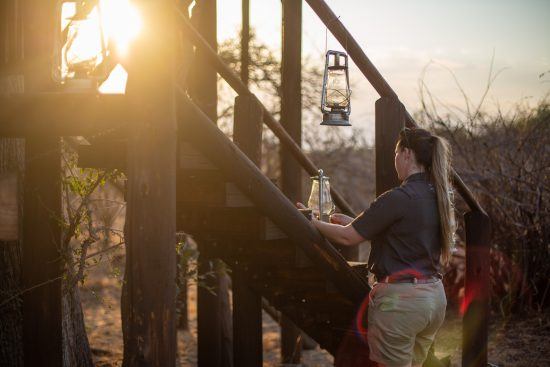 As a woman in the safari industry, Lee prides herself on the perspective she brings to the guest experience.

From its inception, “the revered art of guiding” has long been a boys club. But even when the doors to access have been pried open, life for women inside hasn’t always been easy. Sexism and misogyny seem to linger in both overt and subtle ways.

“I have been told that guests would refuse to go on drives with me because I am a girl,” Lee starts. “I’ve had people tell me that they don’t feel safe with me. They don’t believe that I can use a rifle. They don’t trust me to operate the vehicle like a man can.”

But despite the challenges of existing in the industry, Lee is aware of the political nature behind her presence in the field: “Although my uniform may be the same as the boys’, I’ve got long hair, I look a bit more feminine – I want to look a bit more feminine. I want guests to see the difference in the way we are, how we treat the animals, and how we bring a different view to the experience.” 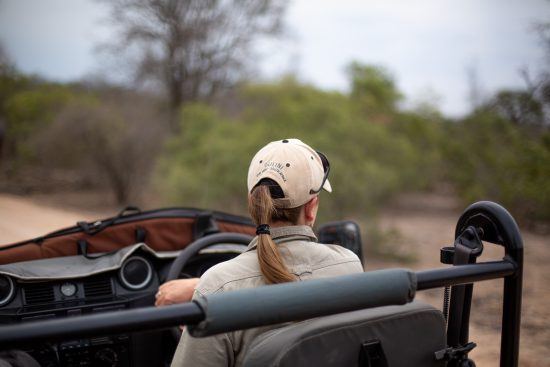 The passion displayed by female guides for their local communities is often unparalleled.

Irrespective of gender, jobs on the front line of wildlife protection are dangerous, brutal and require a certain level of courage. But perhaps most surprising is the range of challenges that a person may face before they have even taken up their position – in particular, women. From centuries of age-old village tradition, to being told repeatedly that they can’t do it because of their gender, or needing to support a family at home, women face myriad of discriminations. And that’s even before the dangers and risks they’ll encounter every day in their jobs around wild animals and the work they will do to protect them.

However, across the continent, from South Africa all the way up to Tanzania and Kenya, incremental changes are finally beginning to show… 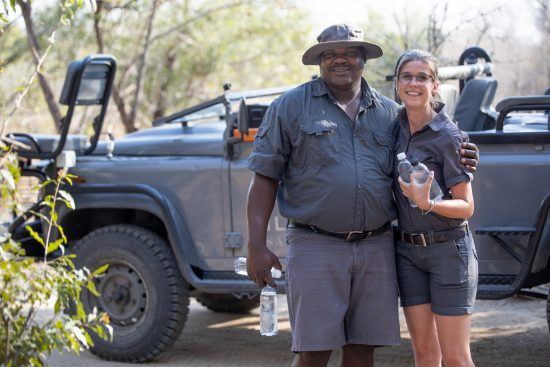 According to the UN, 52% of a woman’s time is devoted to reproductive activities, compared to 32% of men’s.

From Liberia’s Ellen Johnson Sirleaf, Africa’s first female president, to Kenyan conservation crusader Wangari Maathai, the continent has had no shortage of dynamic women leaders. And now a new generation of women are making it known that they have what it takes to challenge gender norms in the safari industry.

Dunia Camp, an entirely female-run safari property located in an unfenced part of the central Serengeti, has 16 women on staff at the eight-room tented camp. These women do everything, from the typically all-male bastions of security watch, guiding and chasing away animals like black mambas and elephants, to the more commonly female-infiltrated ranks of cooking and cleaning.

Elsewhere, a New York Times article published in August of 2017 focused on the all-female guiding team at Botswana’s Chobe Game Lodge. The article shines a light on the talented team of women, known as the “Chobe Angels,” who were brought on not only for their skills but because they were considered better drivers.

Subverting boundaries for women in safari 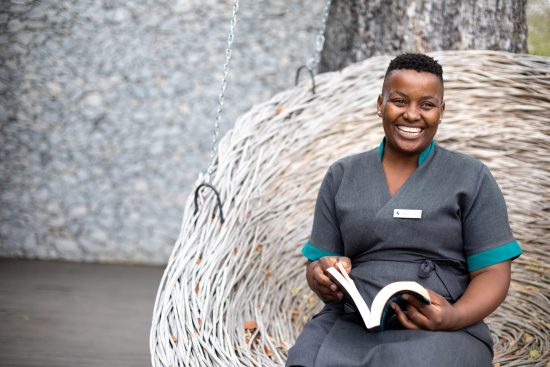 Opportunities for women are finally beginning to materialise.

These developments reflect a reality in which opportunities for women in fields previously dominated by men are expanding.

And while the details might differ from country to country and tribe to tribe, the extremities of this wave of change still seems to be tethered to cultural restrictions – meaning it might take years before we see women being granted the same educational opportunities and equitable career options as men.

But slowly and surely, an entire industry is beginning to shift in its theory, and ultimately in its practice.

Envisioning a future that is female 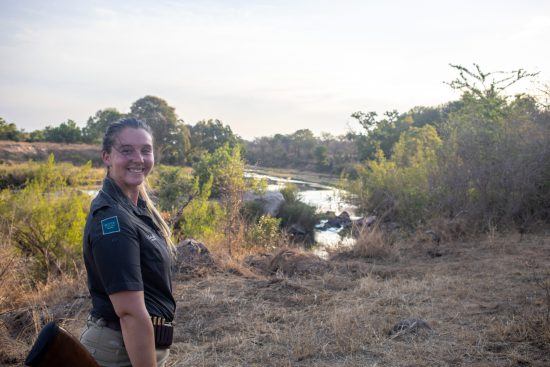 To pioneer isn’t easy, but as history shows us, women get the job done.

When I met Lee for the first time, I remember how stern she looked behind her dark-rimmed sunglasses, silently slinging a rifle into the back of her vehicle. Later she would share with me that she was quite nervous to be working with my team and me for the first time. But at the end of our time together, she had allowed herself to smile, becoming increasingly open and vulnerable as time went on – often cracking jokes to put us at ease. The guests around me would typically break into applause after she was done speaking. But it wasn’t the jokes or the chatter that earned the accolades; it was the experience – and the woman behind making it all happen.

Looking for a holiday specially-curated to support this wave of change? Get in touch with one of our Travel Experts today.