After a hugely successful awareness raising campaign in 2010, we’re aiming even higher in 2011. With the momentum from the devastating recent events at Aquila Private Game Reserve, a Big 5 Game Reserve close to Cape Town, we are planning an enormous show of strength outside Parliament in Cape Town.

Date: Thursday 22 September 2011
Time: 11:30 am – 1:30 pm (come down after the rugby and in your lunch break)
Where: Congregate by the Louis Botha Statue outside Parliament in Cape Town. We hold the necessary permissions from the City of Cape Town and the Magistrate Office.
What to wear: Red!
What to bring: Bring placards with an anti-rhino poaching message; water; sun cream and a hat. Bring good cheer, a loud voice and your vuvuzelas!
For event updates: follow Rhino Africa on Facebook.

Join our World Rhino Day event on Facebook and remember to invite your friends to gather with us outside Parliament! Help us spread the word. 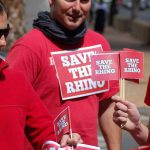 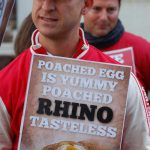 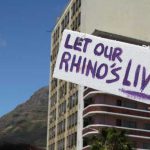 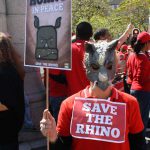 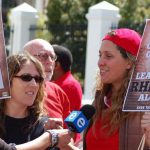 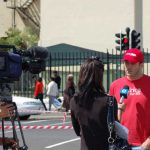 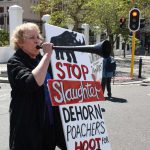 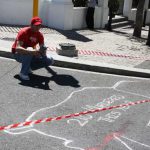 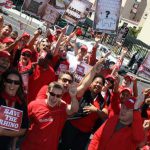 It’s important to note that this is not a ‘protest’ against Government, but an awareness raising campaign – encouraging greater Government and Private Sector co-operation to put an end to poaching. We will be encouraging Government to engage more with Asian governments and markets to tackle the demand at source as well as supporting their existing initiatives on the ground in Africa. Some great work in this regard is being done by SavingRhinos.Org, through their Rhino Horn is NOT Medicine campaign.

We need constructive, co-ordinated and urgent action from Governments around the world. The last few years has seen a startling increase in poaching. From 2000-2007, only about a dozen rhinos were poached each year in Southern Africa (where nearly 90% of all African rhino live). Last year 333 were slaughtered. So far in 2011, a total of 279 Rhinos have been poached, with 169 of them in the Kruger National Park. This figure is not yet high enough to suppress the natural population growth, but is edging ever closer to the tipping point where the numbers killed will exceed the number born. 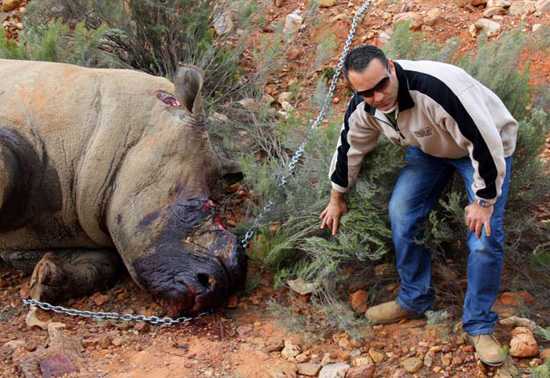 There are five species of Rhino in the world. Two in Africa and three in Asia. Two of the three Asian populations, the Sumatran and the Javan, are on the brink of extinction. In the 1960s African black rhino numbered 100,000 but this waned to just 2,400 in the early 1990s. Today there are about 4,800 black rhino in Africa, which is still low but heading in the right direction. The encouraging thing has been the successful rebound of the white rhino. There were as few as 50 alive a century ago. Now, there are around 20,000 in Africa.

The private sector needs to work hand in hand with government, in order to take calculated and co-ordinated action against the pandemic. African governments often neglect wildlife conservation in favour of more pressing social and economic agendas, meaning that a private sector initiative is paramount if we wish to stave off the decimation of this unique species. But the bottom line is that government should lead this process and facilitate a more coordinated anti-poaching campaign – from stemming supply and demand through to policing, prosecution and sentencing.

Bringing in the army was a hugely positive step, but what next? Government needs to be more transparent and needs to communicate its plans to tackle the problem more effectively setting out some long term goals and milestones.

At Rhino Africa we specialise in tailor-making luxury safari holidays to Africa. Our wildlife and landscapes are our most precious resource and we certainly don’t want to be bringing guests to see the Big 4 in years to come. As part of our Corporate Social Responsibility programme, we started our own fund raising initiative called Challenge4aCause back in 2009. We raise money for the Save the Rhino Trust and other charities by running annual cycling events. This year we cycled through the Damaraland Desert in Namibia (home to the desert adapted black rhino) and also through the Mashatu Game Reserve in Botswana.

Watch the video of this year’s Challenge4aCause here:

So tell your friends, spread the word and let’s make as many of the news channels and radio stations as possible. The time for talking is over.

See you on Thursday 22 September!

[For the video and photos of the event, click here!]