A journey into the maw of a great white shark

A few months ago, on a game drive in the Sabi Sand Game Reserve, I looked into the eyes of a lion, up close as he sniffed the vehicle exhaust beneath my feet. I could have reached out and touched him, but I didn’t and I wasn’t scared, despite the fact that there was literally nothing between me and his massive jaws.

Last week, however, I looked into the eye of a three metre great white shark and I knew fear and this time there were reinforced steel bars between me and him. It’s a difficult thing to comprehend, I should have been less scared but I wasn’t. Since I can remember I’ve been afraid of dark water. Take me to a tannin laden forest stream and you’ll hear me scream like a teenage girl at a Justin Bieber concert. The sea and a muddy river come a close second, with the fear of sharks and crocodiles for each. But I spent an hour in a cage in the ocean surrounded by no less than ten voracious sharks and I can report that while I still have a healthy fear of these predators of the sea, I’ve come to respect them and indeed to marvel at their amazing grace, power and supreme biological engineering.

My story starts early Thursday morning when your intrepid narrator and an excited group of fellow adventurers jumped aboard a comfortable White Shark Projects vehicle for the transfer from Cape Town to Kleinbaai. The drive along the coast from Cape Town is surely one of the most scenic in the world; we kept our eyes glued to the ocean for any signs of whale. Tis’ the season of Boney M but also of whales along the Garden Route and I was keen to catch a glimpse of a Southern Right or a Humpback whale mid-breach. Looking out the window also served to hide my nervousness. We were on our way to experience great white sharks up close. I had prepped by watching all four Jaws movies back to back. As an aside, 1, 2 and 3 are all watchable while the less said about volume 4 the better. Sure this was probably not the best way to prepare, but I was out to conquer my fear not hide from it! 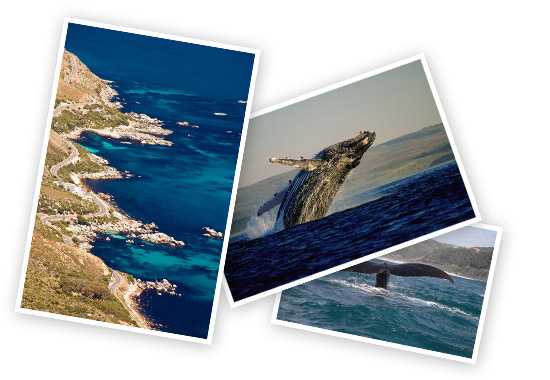 We didn’t go straight to the water though. Our friendly driver took us inland into the Hemel-en-Aarde Valley just beyond Hermanus. This Afrikaans name means “Heaven and Earth” and it wasn’t long before we could see why. The place is truly exceptional, rocky mountains rise up on either side and their lower slopes are draped in vines. With nine vineyards in the valley it’s a little gem of a wine-route, shorter and maybe even more beautiful than the Stellenbosch route.

We pulled into Creation Wines, makers of some fantastic wines, which, thanks to the vineyards terroir are all quite unique. Our breakfast was a delicious menu with enough wine to have us all getting along together swimmingly.You might think it wouldn’t be a good idea to partake so liberally at this hour and especially with what lay on the horizon for our day, but you’d be wrong. The Dutch courage was much needed and suddenly the Jaws soundtrack was dim. If you’re in the area I’d suggest paying Creation Wines a visit, these guys are thoroughly modern in their approach with quirky things like QR code on their labels, Youtube tasting notes for all their wines and a fresh approach to traditional blends. You can even buy a White Shark Projects blend and part of these proceeds go towards saving the white shark from extinction. 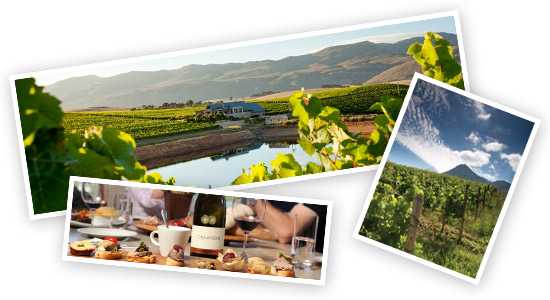 We left a few hours later in a merry mood and headed back to the ocean. Its approach raised the volume of my internal soundtrack just a tad, but I pushed it back down with interesting conversation and all round fantastic views. Next on our itinerary was a visit to the White Shark Projects Community Swop Shop. While many shark cage diving companies are content to sit back and cash your checks, these guys are a completely different… kettle of fish. They are one of the only shark cage diving outfits where employees regardless of race can and do own shares in the company. They have since their inception in 1989 been heavily involved in conservation efforts to save the great white shark and other marine life and what’s more they’re involved in community upliftment projects.  The White Shark Projects Community Swop Shop is a fine example. Here the children in the community gather recyclable trash, such as plastic and glass bottles. Each bag of recyclables garners the eager kids points which they are able to redeem for useful articles like school stationery, which they would otherwise not be able to afford. They are also given a steaming cup of soup and it must have been fairly tasty because the queue was 198 children deep! These kids are learning the value of trade and they’re learning to recycle and in so doing are helping clean up their community. Some of them are learning the lessons faster than others, one lad came along pushing a wheelbarrow piled higher than his head and his smile of accomplishment was something to behold! 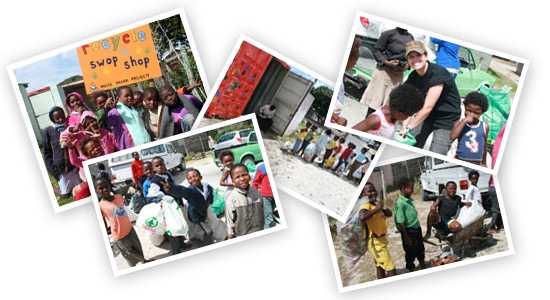 The next smile I saw was the toothy grin of a great white shark. The moment had come. The ever friendly and incredibly efficient and polished crew of the White Shark Projects had us safely aboard their fully equipped 11 metre, 4 ton catamaran and riding the swell out towards the sharks’ hunting ground faster than you can hum the Jaws theme tune. Some Shark Cage Diving companies have truly massive boats, but a massive boat means up to 40 guests on board at one time! I preferred the smaller more personal nature of the White Shark Projects trip, five minutes out to sea and the crew already knew our names. We pulled up alongside the cage and the crew started chumming.

Now this is where some people get a bit high and mighty about shark cage diving, they bring up Pavlov and his dog and cite increased shark attack numbers. The crew were well aware of this and they were at pains to explain to us several things. For a start they don’t feed the sharks, not at all, the chumming is an attraction only and there is no association between food and the people in wet suits. White sharks are also nomadic and the White Shark Projects crew photographs the dorsal fin of every shark they spot (the dorsal fin of a shark is like its finger print) and the data they collect is relayed to local conservation efforts, they don’t often see the same shark twice.

Of course I’m personally aware of a million different factors that could also contribute to shark attacks – how about the fact that we humans have nearly fished out their natural prey or the fact that with a population of 7 billion there are a lot more people swimming in the ocean and a lot more contact between our species than previous years. But the most telling reasoning is how I felt in that cage. I looked into a shark’s eye and there was no hint whatsoever that he even registered my presence! It was like I wasn’t even there. 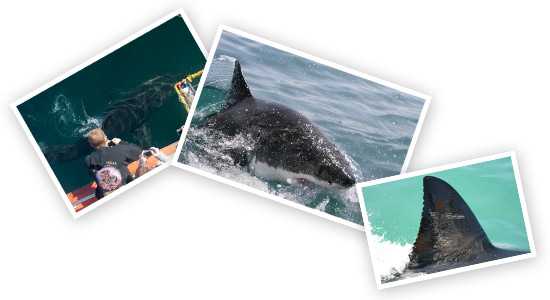 The normal duration of a shark cage dive is about twenty minutes per person. I was lucky enough to get to spend nearly an hour in the water and in that time I felt like I got to know these magnificent creatures.  I soon found that I was far more scared of getting back on the boat and becoming seasick than of the sharks swimming in front of me. Eventually they dragged me out and we headed back to shore. I was elated; it had been and will always be an experience unlike any other and a memorable one at that. Afterwards we were treated to a cup of warming tea and home-made scones while we watched the video of our trip. Our host then spent some time explaining the plight of the white shark to us. These creatures of the ocean like many others out there are under serious threat. Larger sharks are hunted for their jaws which are sold as trophies and smaller sharks are culled for their fins, the essential ingredient in shark fin soup, an Eastern delicacy. Much like rhino horn, shark fin soup is rumored to cure any number of ills, yet sharks fins are simple cartilage with no medicinal value. These sharks need our protection; luckily there are people out there like the White Shark Projects who are doing their level best to ensure the continuation of the species. 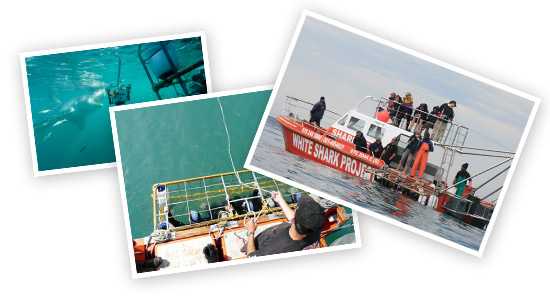 And so it was that we ended our evening at the oldest hotel in Hermanus, the Windsor Hotel. Just across the road from the hotel a mother whale and her offspring frolicked in the waves and the sun set on what had been an amazing day. A hearty meal at a local seafood restaurant apply named “Lemon Butta” which was accompanied by yet more of the delicious Creation wines, served to cap off our truly amazing day.

Book a Shark Cage diving trip with Rhino Africa:
Contact Rhino Africa to book your own shark cage diving experience and get to see these creatures of the deep for yourself.

Thank You:
Thank you to Lindsey Gibaud of BigTreeMarketing for making it all possible and thank you also to Creation Wines and the White Shark Projects. Thanks also to the Windsor Hotel for hosting our party for the evening and feeding our hungry faces with a delicious breakfast the following morning.