Donating to the Wildlife ACT Fund

With just one LIKE you can make a difference…

One person alone can certainly make a difference. The collective impact of a group of passionate people however, can change the world.

With so many threats to our planet and so many causes to support, it can be overwhelming when trying to decide who to support and how to help them.

At Rhino Africa we believe passionately in using revenue from tourism to uplift local communities and to conserve wildlife (find out more in the Doing Good section on the website). Through Challenge4aCause (our annual cycling event) we have raised over R1million for Save The Rhino Trust, Good Work Foundation, Khumbulani and Wildlife ACT Fund. This Festive Season we’d like to make an extra donation to the Wildlife ACT Fund (www.wildlifeactfund.org) and we’ve made it as easy as possible for you to get involved.

The Wildlife ACT Fund team is a group of passionate and dedicated, on-the-ground conservationists who are on a mission to save our threatened and endangered wildlife species from extinction. The Fund’s main focus is on the critically endangered Black Rhino and Wild Dog populations, as well as the threatened Cheetah and Vulture populations in Southern Africa.

We believe that no single organisation can work in isolation and that by working together we can conserve this beautiful planet of ours and protect the species which call it home. Join us as we ensure that our children and grandchildren one day get to see animals like the mysterious African Painted Dog, the powerful Cheetah and the elusive Black Rhino roaming freely in the wild while majestic Vultures soar high above. 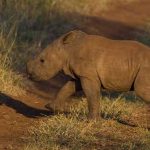 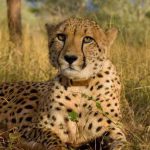 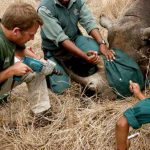 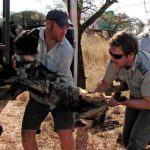 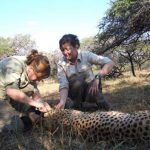 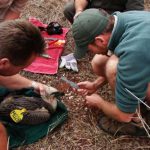 How can you help?

So help spread the word and be sure to invite as many of your friends and family as possible to ‘Like’ the Rhino Africa Facebook Page. With just one click you can make a difference to species conservation in Southern Africa.

And don’t forget to ‘Like’ the Wildlife ACT Fund Facebook Page too where you’ll be able to find out more about their incredible projects and what they are doing in the field to save endangered species.

On December 14 2011, Fundrah, an online donation portal, will be hosting an online auction in support of the Wildlife ACT Fund. All proceeds from the auction will go directly towards the Fund’s on-the-ground conservation work.

However, this is no ordinary auction! Every time a bid is placed on an item, a few unique things happen: the most recent person to bid becomes the Top Bidder and the auction price increases by the set amount of just 1c.

Bidding then continues, with people outbidding each other by increments of 1c, Top Bidders being named and then replaced by others, while the auction timer ticks down from 15 seconds to zero.

When the auction timer hits zero—meaning someone placed a bid and no one chose to outbid them—the Top Bidder is declared the winner and gets to buy the item for the final auction price. The best part is that auction winners will be receiving fantastic deals on the items up for auction. The average saving is 75% off of retail price, though it’s common to see savings of 82%, 91%, even 94%!

There are some exciting items up for auction, including getaways to some of Rhino Africa’s favourite lodges. Auction items include: 2 nights for 2 people at the exclusive Chitwa Chitwa Private Game Reserve, photographic prints from world renowned photographer Christian Sperka and a 2 week endangered wildlife conservation experience with Wildlife ACT. So be sure not to miss this unique opportunity to support Wildlife ACT Fund and their commendable conservation work while at the same time getting yourself a fantastic luxury safari holiday at a massively reduced rate!

Remember that every little bit helps and in small, but meaningful ways, you too can make a difference to conservation in Africa.

11 responses to "Donating to the Wildlife ACT Fund"