Christmas in Khayelitsha – A Khumbulani Special!

Khumbulani is a centre for kids between the age of 0 to about 13 years, managed by an amazing lady called Gloria Bebeza. Run out of a two roomed house, Gloria cares for about 160 HIV infected or affected children daily. In addition to this, Gloria runs a soup kitchen for the local community feeding up to 350 people a day!

Rhino Africa has been supporting Khumbulani for several years with monthly donations, and by providing food for the children. Through our association with Nhlayisa, we provide a specially formulated porridge for Khumbulani that provides much needed nutrients for the kids. In the words of Nelson Mandela, “To heal a nation you must first feed and educate her children”, and it is in this spirit that we embrace our involvement with Khumbulani. 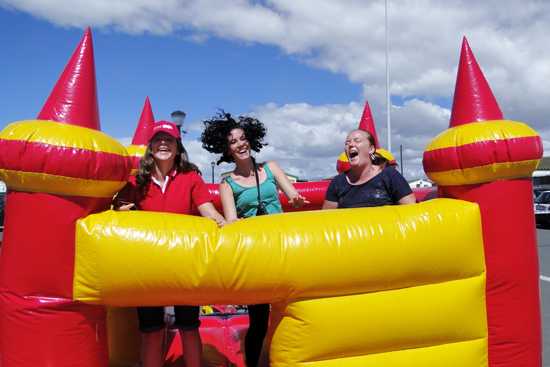 We arrived at Eyethu Hall in Khayelitsha in a long convoy of cars with friends and family members but the children that greeted us out in the parking lot still outnumbered us – coming from the Khumbulani daycare, afterschool and support programme. There was plenty arranged for the day to keep the little ones entertained – jumping castles, face painting, soccer, cricket, scooter races, skipping games, and more! There was even a visit from Barney the Dinosaur (our travel consultant Billy, undercover) and Santa Claus (another undercover agent, Luyanda), who handed out gifts to the gracious Khumbulani children.

While the children and other Rhino Africans played outside, inside the Eyethu Hall, where the event was held, speeches were given by several speakers to honour Khumbulani’s 10th Birthday. David Ryan, our MD, spoke about community upliftment through sustainable tourism. David gave praise to Gloria, the remarkable woman who runs the centre who, along with her team, gives selflessly each day to improve the lives of others. “The project is an inspiration to all of us as South Africans and an example of what can be achieved in the face of adversity through hard work and with a big heart,” David told the audience.

For Rhino Africa, tourism is obviously important. It puts food on our tables. But for Rhino Africa, that “tourism revenue is meaningless unless it is helping to uplift communities and enrich the lives of their residents,” David added. “Sustainable tourism is not just about being green – it’s about ensuring a long term future for South African tourism based on partnership and community benefit so that everyone in the country can benefit. We need to think about the long term and not use tourism for short term gain.” And that’s why we put so much effort into Khumbulani and projects and charities like it. (Read more about our doing good efforts on our website.) Plus, the smiles on these youngsters’ faces and their hugs are reason enough to be there – the future leaders of South Africa!

It was great to see such high level interest and support for Khumbulani, with the keynote speaker, Beverley Cortje-Alcock, being a representative of the Social and Early Childhood Development Portfolio in Cape Town’s Mayoral Committee.  Other speakers included the Councillor for Ward 94 from the City of Cape Town and representative from the Department of Social Development. With recognition like this, there is no limit to what can be achieved by Khumbulani – we already have some interest from a German investor, so watch this space for some amazing developments in 2012!

Take a look at all these smiling faces! 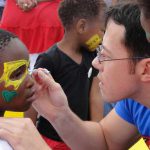 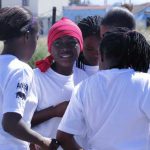 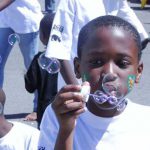 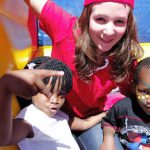 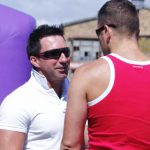 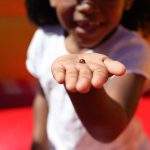 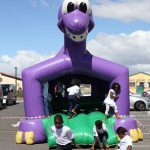 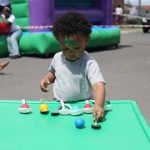 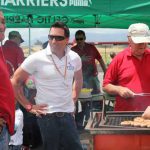 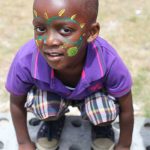 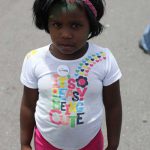 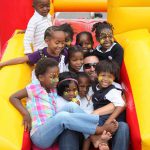 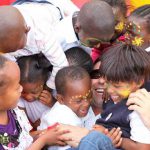 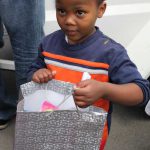 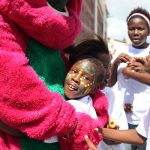 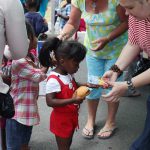 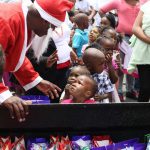 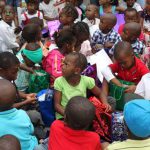 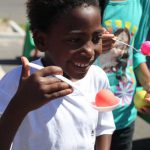 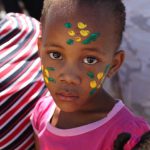 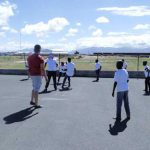 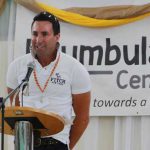 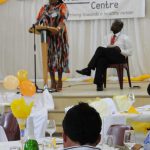 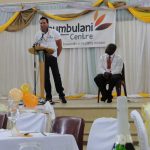 A special thanks to our sponsors and donors for the event:

And thank you also to Ingo Brüggemann from our German Division for organising the day and to all of our suppliers and clients for helping us make this project and our charitable efforts possible.

8 responses to "Christmas in Khayelitsha – A Khumbulani Special!"