Ensconced alongside the Serengeti’s Western Corridor in Northern Tanzania, Singita Grumeti is more than just a game reserve, it offers a glimpse into the untamed, untouched and unfenced wilderness, where creature comforts are a mere stone’s throw from the creatures themselves.

David and Ryan were lucky enough to spend a week sampling the best of these comforts at Singita’s Grumeti lodges. Here are some of the photos from their trip, but watch this space for Ryan’s video coming soon!

Our dynamic duo found themselves swaddled in the lap of luxury as they spent their first two nights at Sasakwa Lodge which is crafted in the style of an Edwardian Manor House. Settled on the great Sasakwa Hill, Sasakwa’s panoramic scope stretches over the moody plains offering up some of the most spectacular views imaginable. With no doors in the main lodge and a clear view of the endless expanse, setting foot in the lodge is like stepping out onto the Serengeti plains themselves. 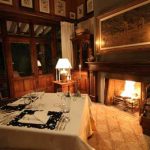 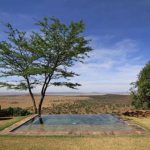 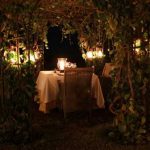 The next stop was Faru Faru Lodge. Greeted with vast open expanses, and views that truly epitomise the “Endless Plains”, Faru Faru boasts dazzling modern decor and every luxury one can hope for, from viewing decks to spas and even a Colonial Trading Post. The surrounding wildlife is bustling and ever-active, as one would expect from a lodge located right on the Grumeti river. Ryan recalls the breathtaking sight of elephants drinking at a watering hole, just meters below the plunge pool where he was sitting. 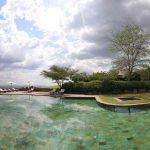 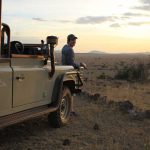 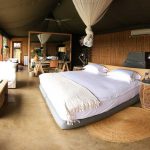 Sabora Tented Camp was next up. One could easily imagine Joseph Conrad’s famed character, Marlowe, making his way through darkest Africa only to find this oasis of old world nostalgia nestled in the untouched out-there. A flawless blend of antique opulence and modern comforts, the lodge is steeped in a kind of rugged romanticism – silver trays topped with glasses of port, Persian rugs, mahogany travel chests and brass binoculars, this was an experience neither Ryan or David is soon to forget. According to Ryan, “This is what a safari should look like!” 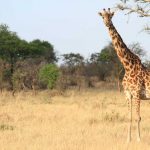 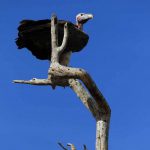 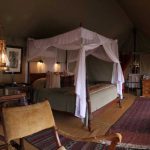 Singita Explore is the final piece in the Grumeti jigsaw and offers an intimate encounter with the African wilderness. This mobile camp takes you into the very heart of the Serengeti. With a maximum of twelve guests and only eight tents (two of them mess), this is a really personal safari experience. Though each of the Singita lodges offers exclusivity and a promise of seclusion from the masses, Explore is truly the ivory tower of safaris. Experience the plains with your own private game vehicle and an experienced guide.  This is the final frontier of Tanzania – to go where no man has gone before. In a pith helmet. 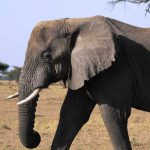 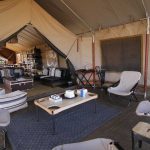 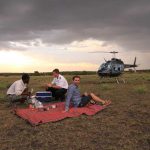 It was a week of adventure, discovery and lasting impressions. And our inspired travellers have the pictures to prove it. “It was definitely not your average safari experience!” gushes Ryan, those awe-inspiring vistas still clouding his head.

East Africa is a magical destination where you can chase the rains and catch the Great Migration of wildebeest and zebra as they move into the grassy plains of the Serengeti. Contact one of our discerning and experienced consultants today and let’s start planning! Africa awaits.