Riding in Cars with Lions

I’m a little infatuated with lions right now. I could sit with them for hours. And by sit with them I obviously mean in a vehicle beside them. Because I’m not the bravest soul, just one wholly fascinated with these fierce creatures and at the same time terrified beyond the point of being able to keep my camera cocked.

Several times on our last safari at Zarafa Camp in the Selinda, Botswana, a metre from two males, the blood, the breath, all the feeling in my body dropped through me like a lift falling several floors to a crashing halt at the bottom. I could not move. I blame our ranger but obviously that’s not fair. I didn’t see the lion flinch, I didn’t see him flicking his tail while his eyes locked onto me. I didn’t realise I shouldn’t move too quickly in the vehicle – I thought lions saw us as one whole and that as long as I stayed within closed doors he wouldn’t pounce. But the look of terror in my ranger’s eyes said otherwise. “Tam, just keep still. Don’t move.” The lion’s tail continued flicking. I dared not turn my head to meet his gaze. I dared not capture this on camera – when this is exactly the moment wildlife photographers should be ready to shoot in spite of any internal fear, any external threat. The gaze of a lion when he’s not happy with you – even when you only see it through the eyes of your ranger – separates the brave from the weak. I didn’t do a great job at proving my bravery but maybe I needed that – maybe I needed a reminder of my own fragility. 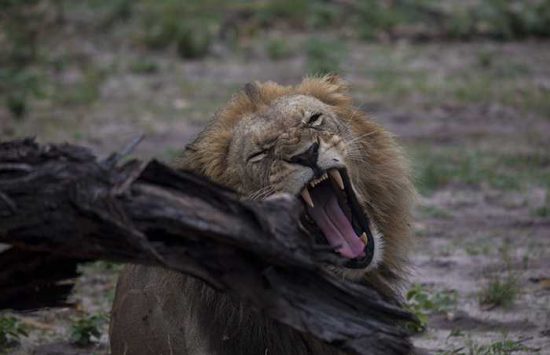 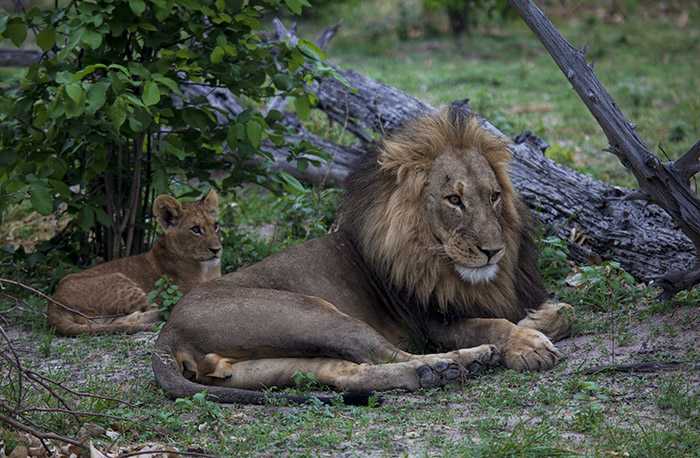 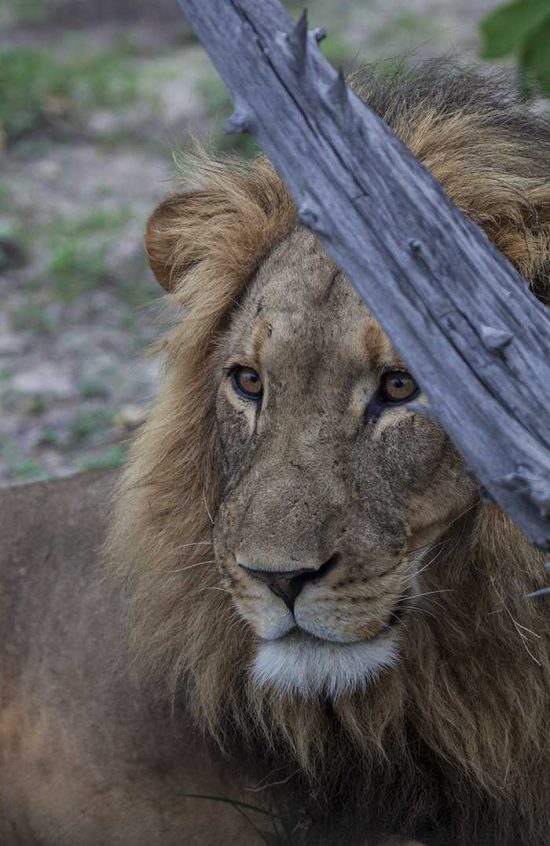 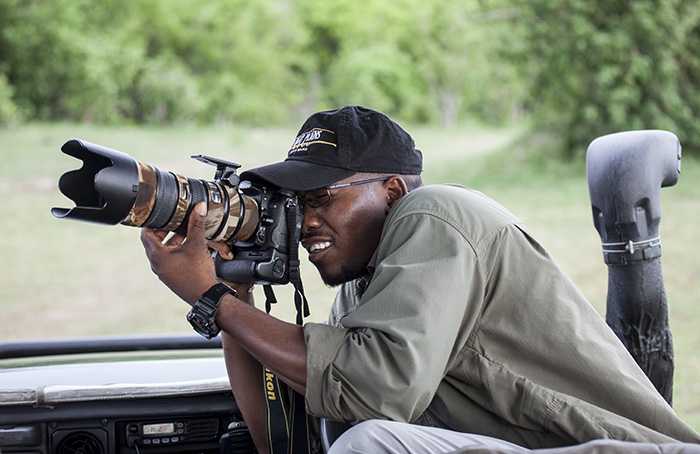 When Naude, still filming away in the seat in front of me, said, “Tam, it’s ok. You can move now. Just do it veeeerrry slowly,” I thought to myself, “It’s okay. I’ll just wait until you’re done. I don’t need to see this. You just finish and then let’s drive off slowly, very slowly, to safety.” But I turned my head, subtly, to look at my male lion and when our eyes locked I felt as light as a sprinkling of talcum powder, light with terror, my skin tingling so intensely it felt as though it could burst into flames at the smallest breath of wind. But then the lion turned away, his tail immobile, and flopped down onto the earth, bored with us. Ready for nap time. 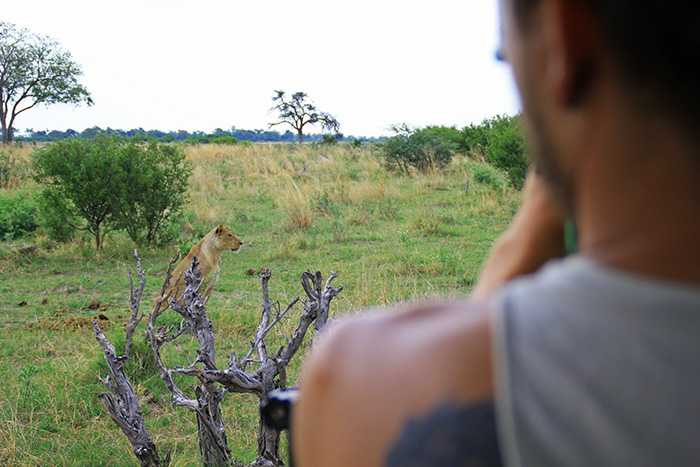 When we met with two females later, I was slightly braver, shimmying slowly around the vehicle to get the best position for photographs. Zarafa provides guests with a Canon 5D Mark II and 100-400mm lens to use. It isn’t light. I rested the lens on my knees to steady the shot as one female climbed a fallen tree about three metres before us. 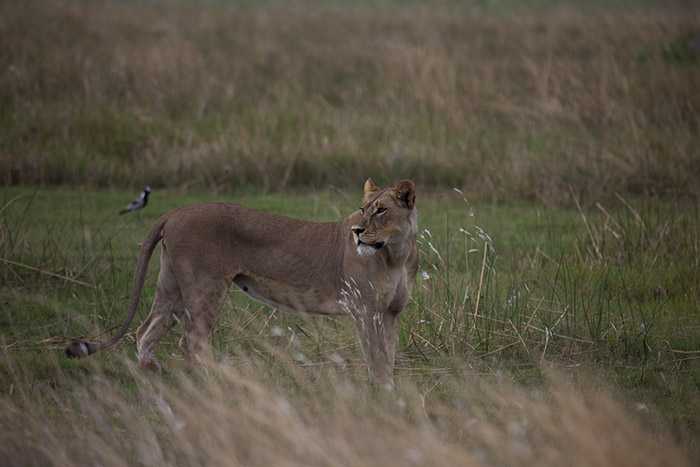 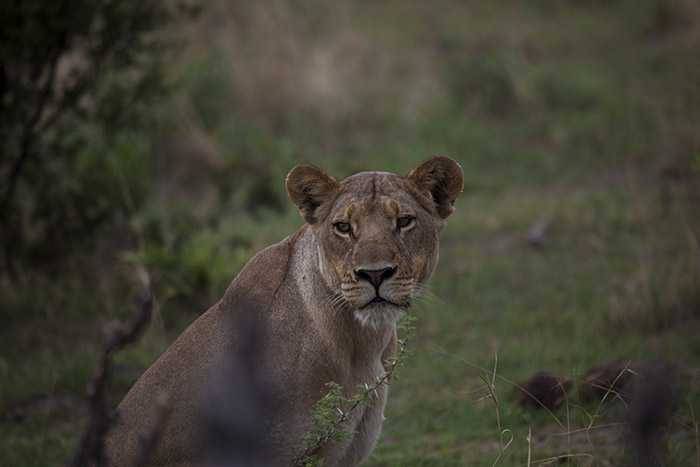 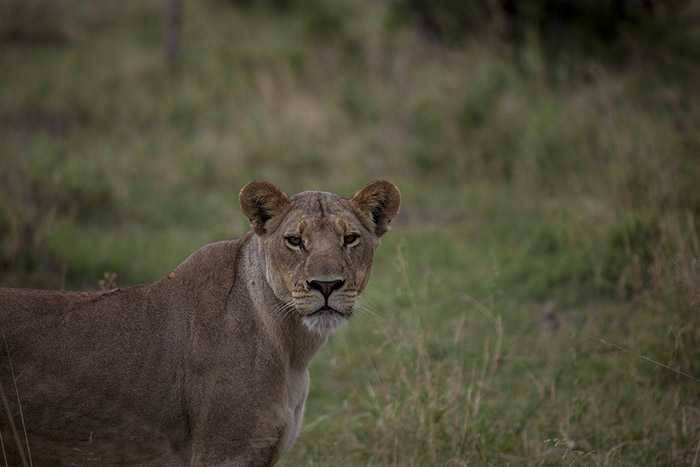 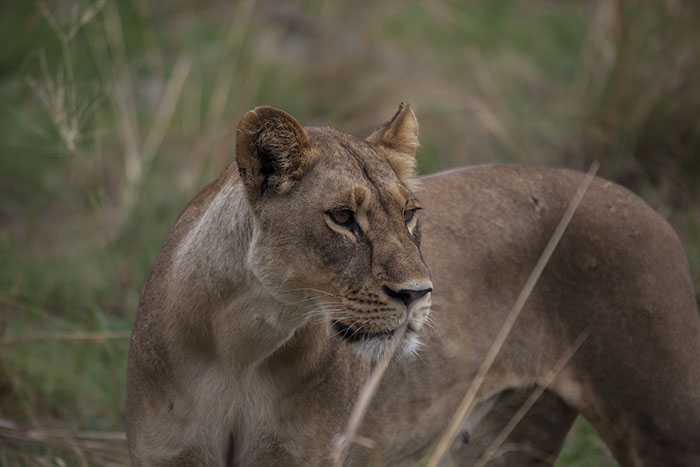 When it truly sinks in just how real and wild tracking lions in the bush is, you approach the moment with a respect and humility that reminds you to put down the camera from time to time to experience it all through your own eyes, not through the lens, not through the ranger. I realised how alone I was too, how alone I am. If the lion decided to have a go at me – which he wouldn’t, my ranger says, he’d only charge the vehicle, which sounds scary enough to me – there’s nothing anyone else can do. It’s just him and me. Lion and man. Or rather woman… You’re forced out of that protective bubble we all dreamwalk through the city in. And nothing shakes you right to the bone as much as that moment. Looking back at the photos I did manage to take, my heart returns to that moment of fear and thrill, gripped like a mouse between a lion’s paws. It’s a feeling a lot like falling in love.

And on that note… In next week’s story, meet the lion cub we fell in love with… 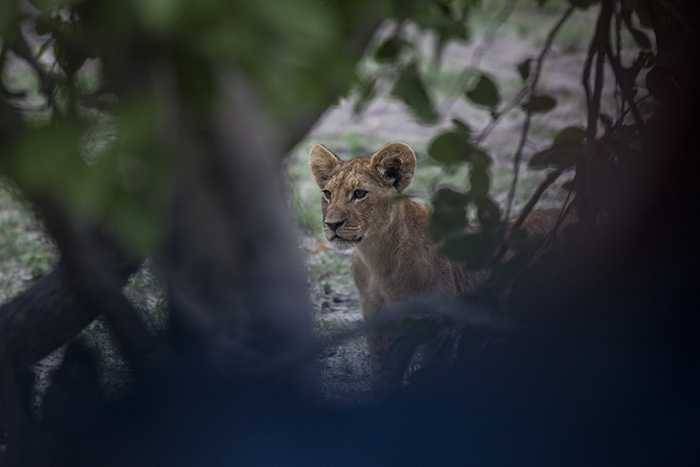 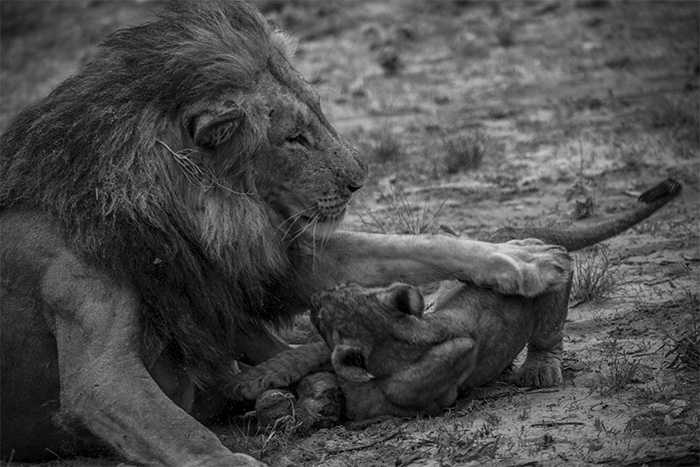 Find out more about Zarafa Camp, the first Relais & Châteaux accredited property in Botswana, and the Great Plains Conservation over at www.rhinoafrica.com.