Chasing The Sun On A Cape Town Photo Tour

“What I like about photographs is that they capture a moment that’s gone forever, impossible to reproduce.” – Karl Lagerfeld

The boy stands in the shade of his father’s leg, beside the entrance to Imizamo Yethu’s Library and Admin Office (and church and curio shop). His hands cup a half-eaten green apple as he bites into it slowly with milk teeth. I almost don’t want to disturb him but he’s eating my favourite fruit and wearing my shoes. Not exactly my shoes, but the tiny darker Made-in-China versions of my white Converses. His little dreads are not too dissimilar to my own brown ringlets. We’re soulmates. There’s no point in talking – not that I don’t try. His mouth is busy with that apple. 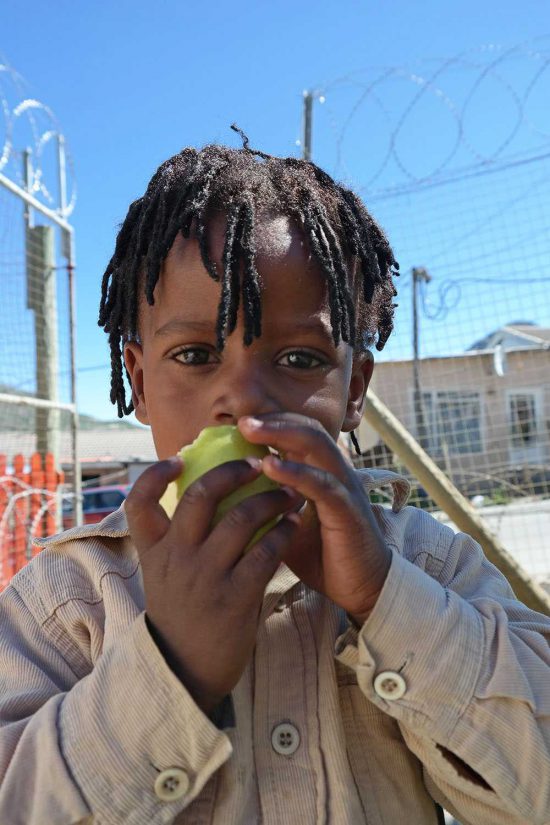 His father moves away and I take the place of shade provider as the boy shimmies up to my leg. When I stroke his full cheeks he beams an effortless smile that says more than words could. I look down at his little face and smile back, pointing out our matching taste in sneakers. He takes another slow bite. I line up my feet with his and take a photograph. Foot selfies are my thing. Every photographer has a thing. 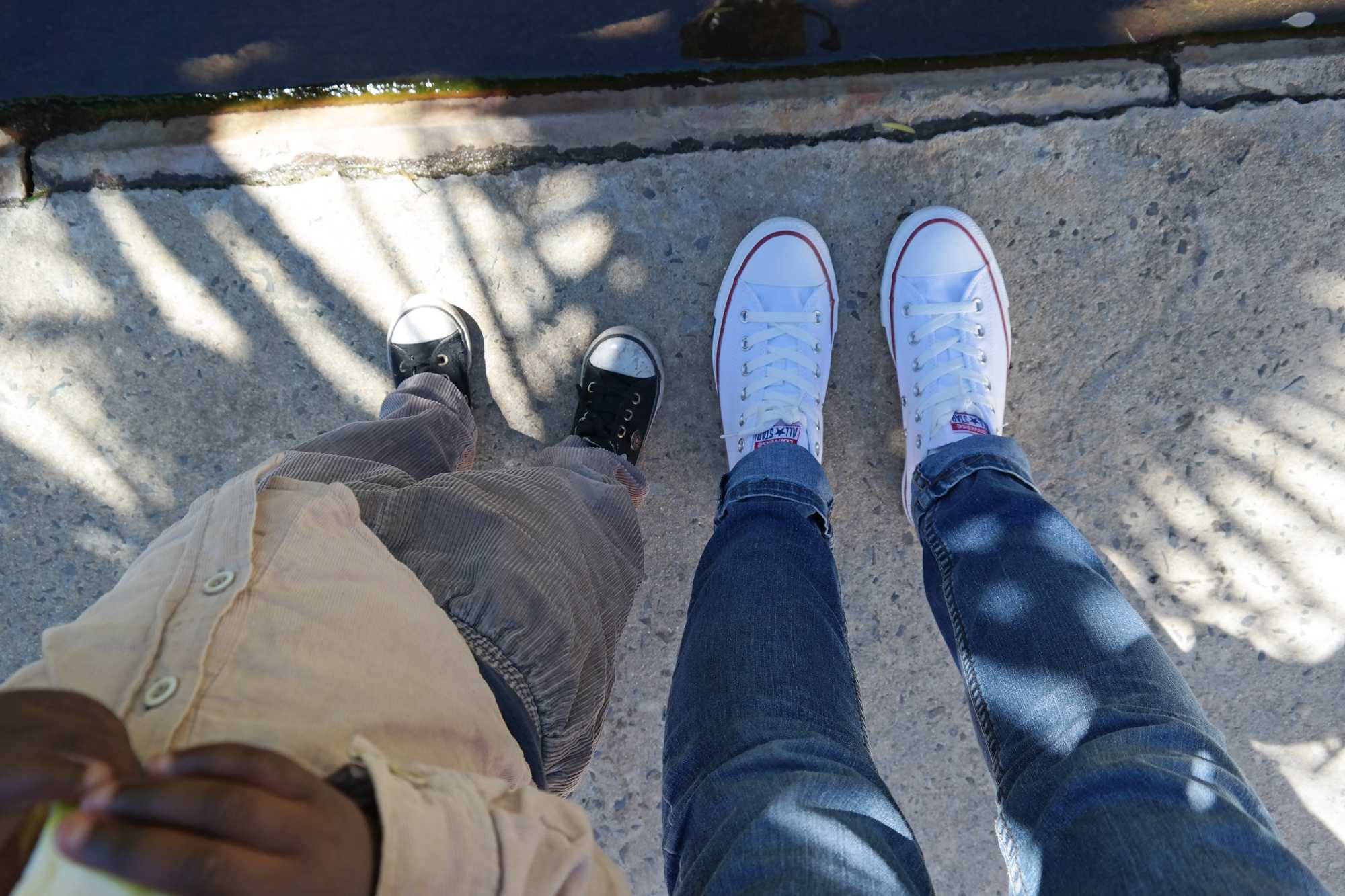 I kneel down next to my little Rastafarian son and show him the shot. Another smile and a silent laugh. How does he do it? Such calm, such self-composed coolness. I take a picture of his face and the fruit in the manger of his palms and show it to him. Silence. No words needed. His father, an artist, standing beside a table of his own paintings, says to me, “You have a new friend, I’m afraid.”

It’s not often you hear of tender moments in the townships of Cape Town. But they’re there, all about, in the convolution of streets running up and down through the homes of the residents, the makeshift general dealers, Chinese R5 stores and internet cafes with their one and only computer. They’re there in Mocha Mama’s Bar where men sit with Castle draughts at noon, with its multitude of flags painted on the outside wall – Malawi, Kenya, Nigeria, Rwanda, Zimbabwe, Namibia, South Africa. Like the township of Imizamo Yethu itself, a myriad of nationalities are represented here. Chinese families live alongside refugees from further north in Africa. “In harmony,” says our guide, Ace, who works as Cape Town Photo Tours’ community liaison . “Soccer,” he says, “is what binds us here, brings us together.” He points to the fields behind him where the residents play. 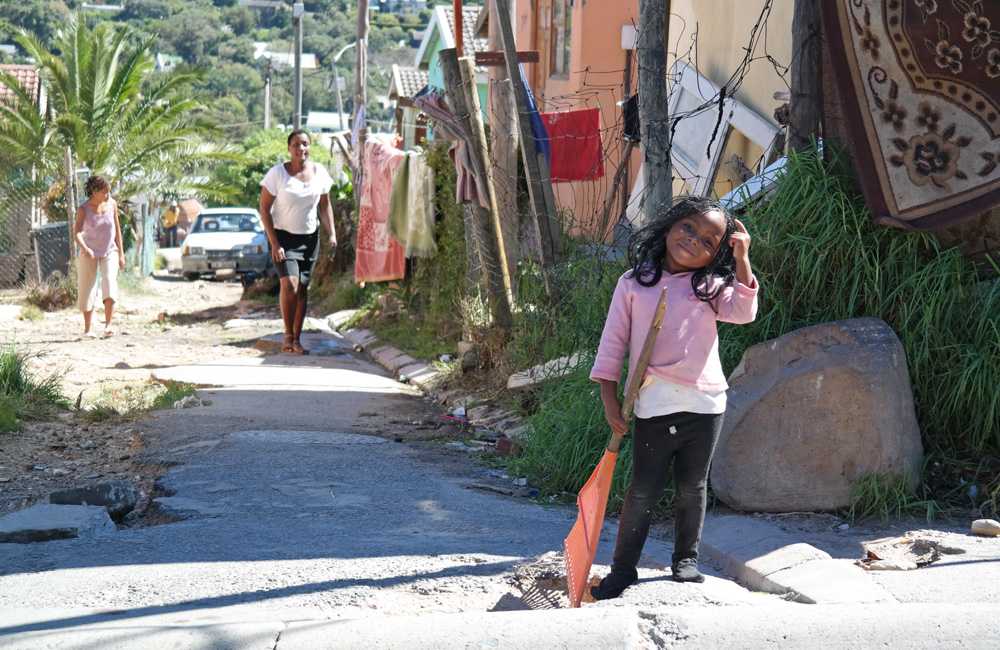 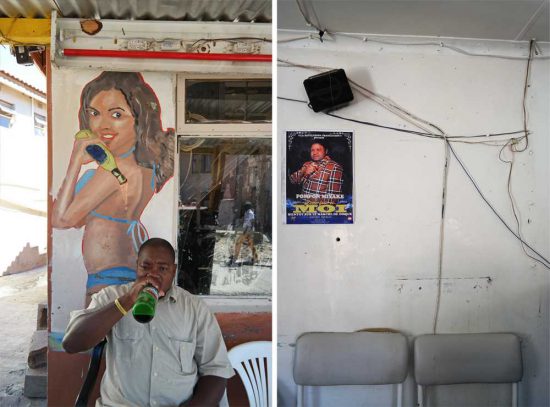 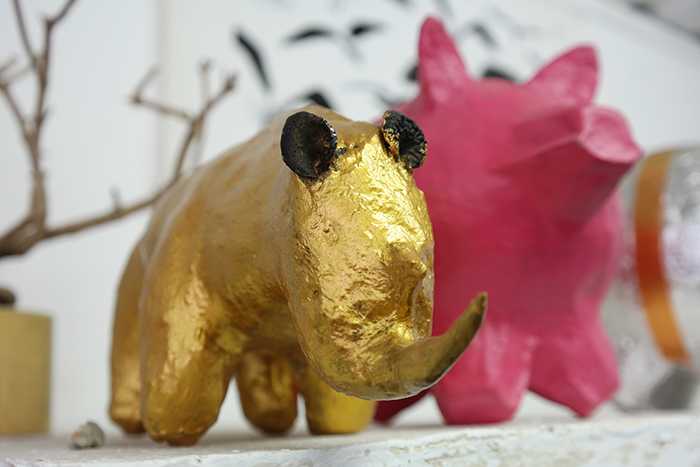 Sport, photography, beer… these are the things that unite us, in spite of our other differences. Where we come from does not matter here. In Imizamo Yethu, what matters is that you are here. And because you are here, you matter.

Inside the Admin Office a church service is in progress. Men and women climb on and off the chairs, singing and clapping and dancing together before a stage. Different nations praising one God. “No photos here please,” Ace tells me. No need for pictures, we have song. Inside the curio shop rhino sculptures line the shelves – some painted in hearts and as big as my new friend, the fruitarian Rastafarian outside, and others are painted gold and as small as a new-born. I take pictures, some of our tour group make a few purchases and leave books to donate to the local library. We leave more than footprints and take more than photos.

The Chasing the Sun tour with Cape Town Photo Tour opens your eyes to the diversity of Cape Town, taking you from the adversity of the townships to the affluence of wine tasting amid the Constantia vineyards, from the colourful huts on Muizenberg beach to the fishermen and women gutting their catch at Kalk Bay harbour, from the drive past Athlone where walls scream out, “Smash and grabs here!” in spray paint to the meandering road over Chapman’s Peak, ocean on one side, mountain on the other. Such is Cape Town. 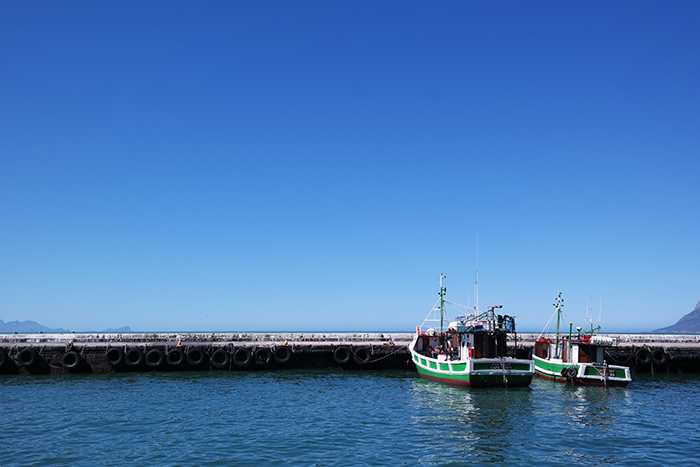 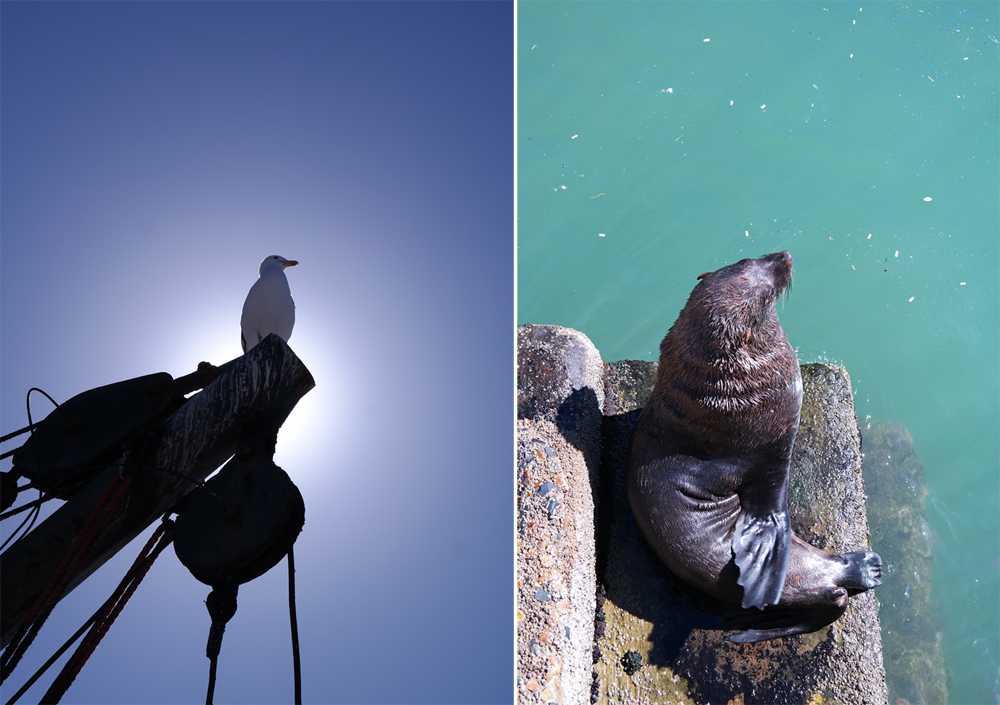 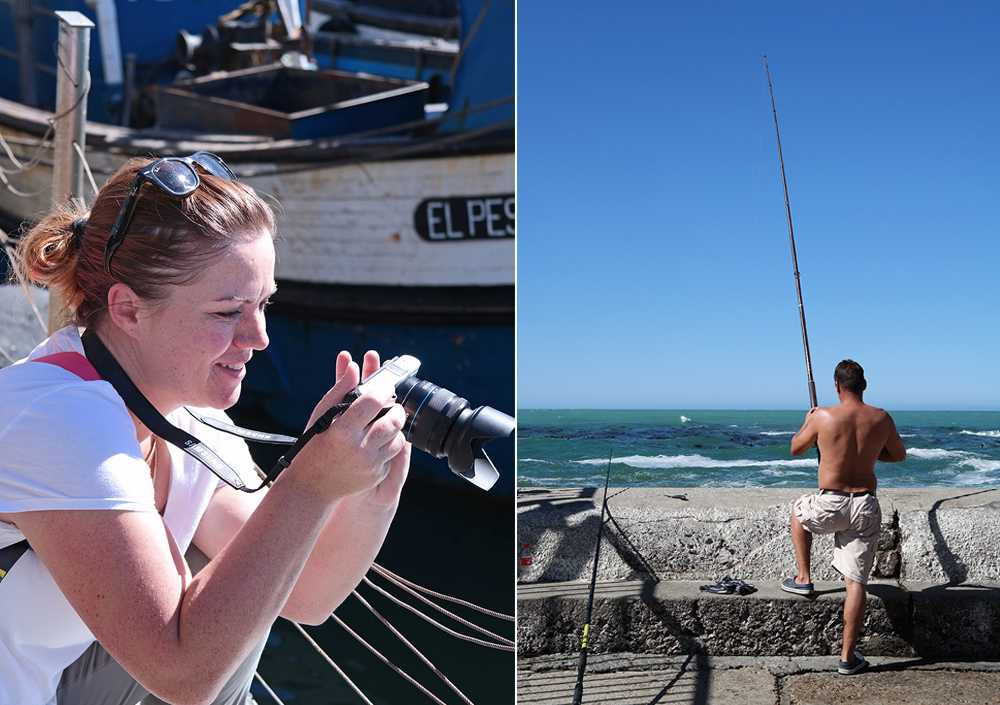 We stop along the way to capture it all up close, through the lens of the camera, with Toby, the guide, assisting us with our apertures and shutter speeds, through his British witticisms, as we concern ourselves with frame and angle.

This is a different kind of city tour, offering something unique for a first time or tenth time visitor to Cape Town, for amateur photographers and pros. 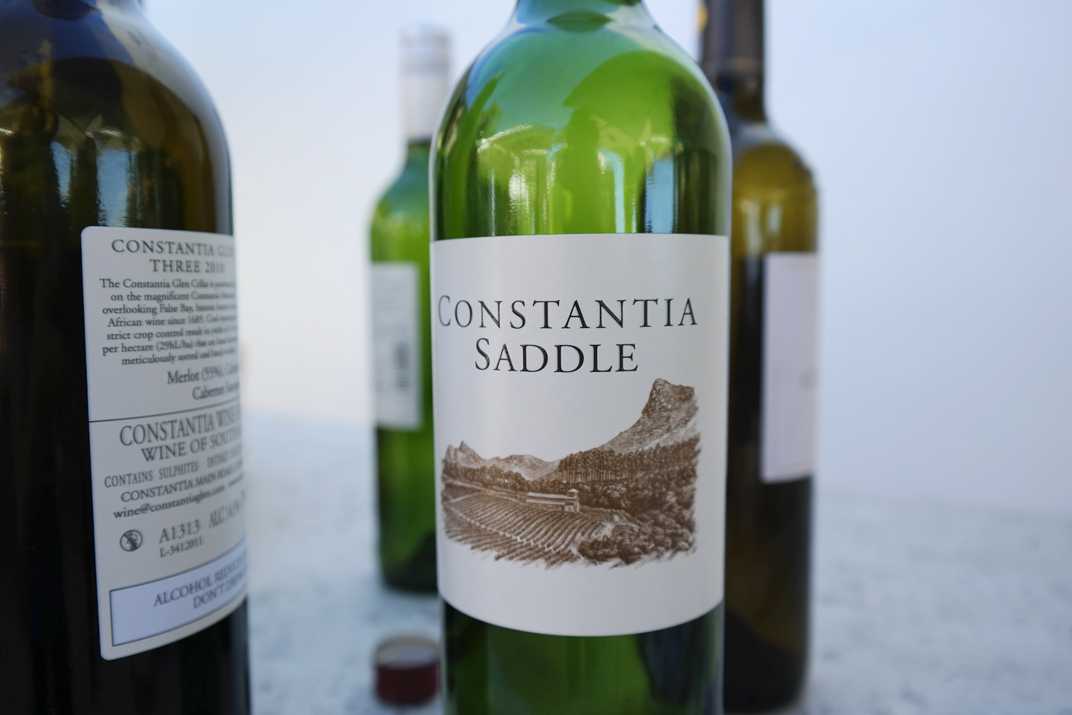 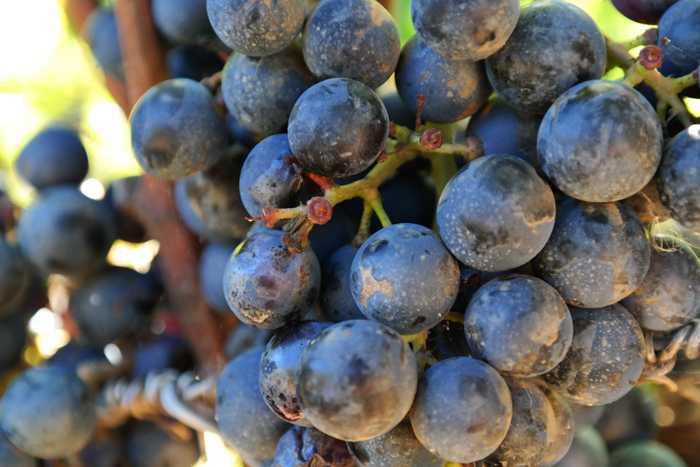 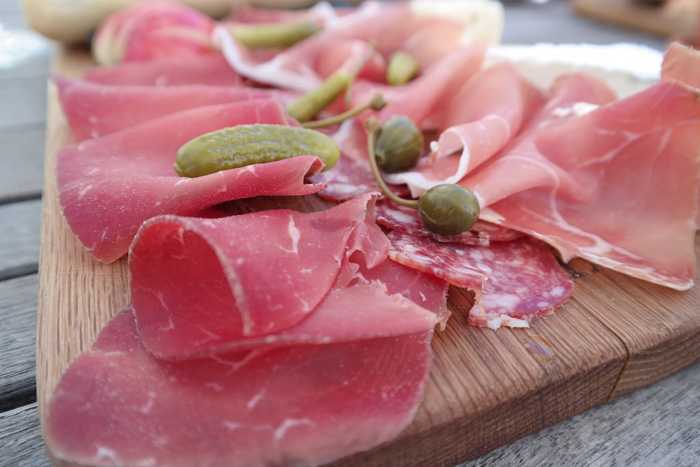 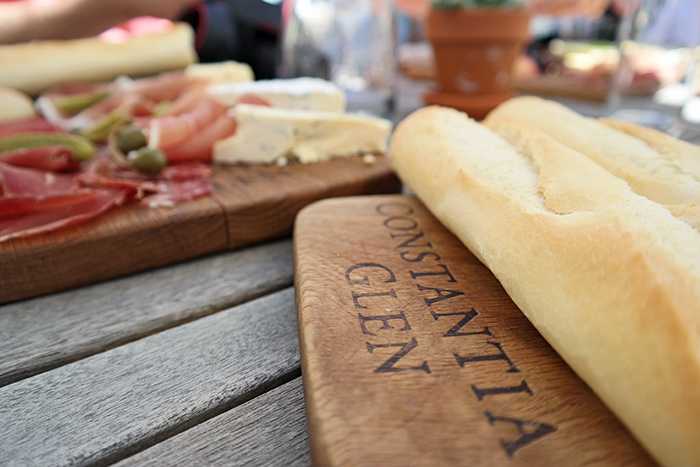 Going on safari next?

Chat to one of our travel planners to find out more and to start planning your tailor-made Mother City holiday.