The History of Rhino Poaching in South Africa

Rhino conservation is something that we at Rhino Africa are incredibly passionate about and vested in. Considering that it’s World Rhino Day today we thought we would take a closer look at the history of rhino poaching in South Africa.

The southern African countries of Namibia, Zimbabwe and South Africa hold 90% of Africa’s remaining black rhinos and white rhinos. In recent years, the amount of poaching has skyrocketed with more than one thousand rhinos killed in South Africa last year alone. These animals provide the only means of satisfying the illegal trade in rhino horn, which now appears to be driven by stockpiling for investment purposes in addition to the traditional demands of eastern medicine and Yemeni dagger handles.

The poaching has reached a crisis point, and if the killing continues at this rate, we could see rhino deaths overtaking births in 2016-2018, meaning rhinos could become extinct in the very near future.

One hundred years ago…

In the heart of the Zulu Kingdom in South Africa, where ancient trails lead through the thornveld and along the mighty rivers, the last ten surviving southern white rhinos hung on for survival. In the preceding years, hunting for sport and for the animals’ horns had decimated the population of the white rhino, also known as the square-lipped rhinoceros for its square muzzle, which is adapted for grazing.

Luckily, the white rhino population managed to make a remarkable recovery. The hills of Hluhluwe–iMfolozi Park, the oldest proclaimed nature reserve in Africa, became the sanctuary of the last remaining southern white rhinos.

Elsewhere in Southern Africa, the black rhino species was also fighting for survival. In 1933, there were only two breeding populations of black rhinos of around 110 individuals remained. While these populations were barely hanging on, they were both able to make a recovery. 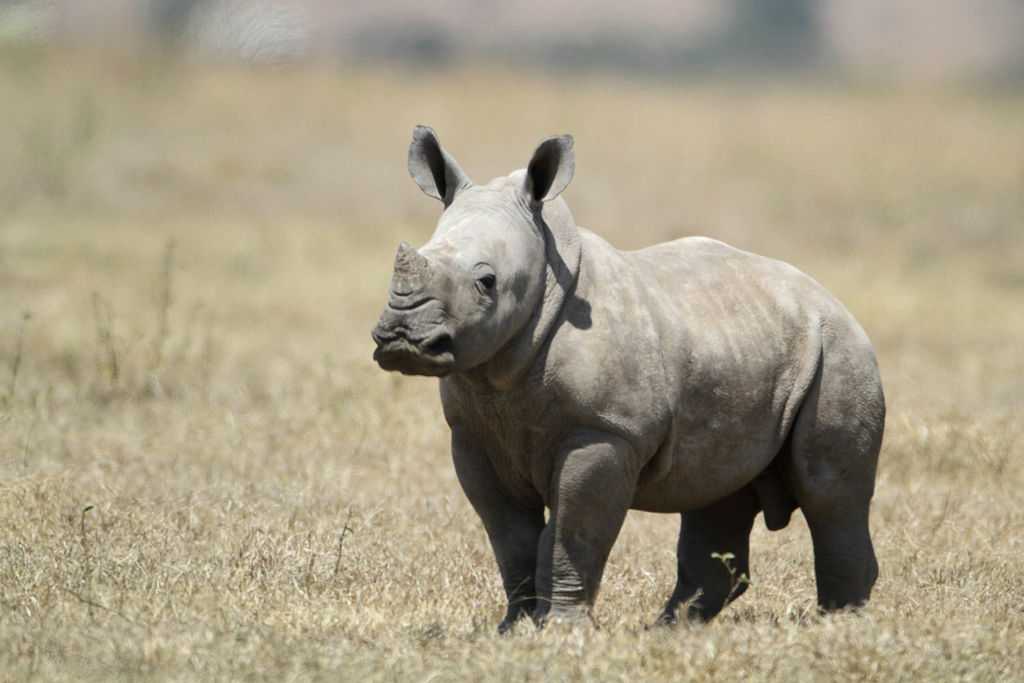 In the 1950s and 60s, the Hluhluwe–iMfolozi Park became known as the birthplace of rhino preservation, breeding the species back from extinction. Wilderness Foundation founder Dr. Ian Player is well known as the initiator and team leader of the innovative and internationally acclaimed project ‘Operation Rhino’ at that time. This programme, of the then Natal Parks Board, removed a number of white rhino from the Hluhluwe–iMfolozi Park. At the time, this was the last remaining habitat of the less than two-hundred southern white rhino. Through relocation, safe breeding groups were established elsewhere in the country and in the world. ‘Operation Rhino’ successfully saved the southern white rhino from extinction and by 2010 there were over 17,000 white rhinos in South Africa, making up almost 90% of all rhinos in Africa.

‘Operation Rhino’ is one of the great conservation success stories of the 20th century and perhaps partly explains the deep emotional attachment and pride that many South Africans feel for their rhinos.

In the mid-2000s, the demand for rhino horn exploded, which spurred on an unprecedented wave of poaching in South Africa. The current poaching crisis is attributed to the growing demand for rhino horn in Asian countries, mainly Vietnam and China. Vietnam has been identified as the largest user country of rhino horn. Although rhino horn has no scientific medical benefits, consumers are using it to treat a wide range of conditions, from cancer to hangovers, and due to its high value it is now also used as a status symbol by wealthy individuals. With the growing middle-class of these countries, the demand has never been higher. The high price fetched for the horn has attracted the involvement of ruthless criminal syndicates who use high-tech equipment to track down and kill the rhinos. 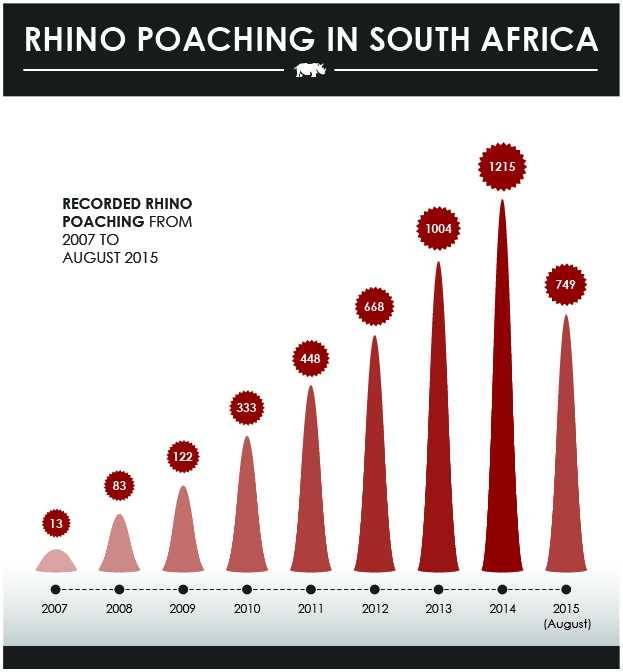 A graph showing the rapid increase in rhino poaching incidents

Prior to 2006, illegal killing of rhinos was maintained at consistently low levels. Since 2008, rhino poaching in South Africa has shot up drastically year on year, culminating in a staggering total of 1,215 rhinos killed in 2014, with 2015 looking at similar figures. That’s a rhino killed every eight hours.

The face of rhino poaching has also changed, with trusted wildlife industry professionals adding to the ranks of the more traditional poaching demographic. Unfortunately, there is no indication that the rhino poaching crisis is coming under control, as rhino deaths continue apace despite the government responses to combat poaching, including the deployment of army personnel along the border between Kruger National Park and Mozambique.

This poaching is by no means isolated to South Africa, rhino poaching is surging across the entire African continent, and is a constant threat to the smaller rhino populations in Asia. The threat of extinction of these beautiful and magnificent creatures is very real and if we do not work together to combat the evil of poaching, we may be the last generation to ever see these animals in the wild.

Please help us spread the word of the plight of the precious rhino. Share this blog post on your social networks to help us create awareness for these incredible animals.

3 responses to "The History of Rhino Poaching in South Africa"