For six months of the year, the gentle giants of the deep follow migratory paths of old. They leave the icy waters of the Antarctic to calve and nurse their young in the sheltered coastline of South Africa’s Western Cape. This stretch of water harbours a variety of marine life in its liquid grasp from humpback and southern right whales to dolphins and orcas. Welcome to the Whale Route! 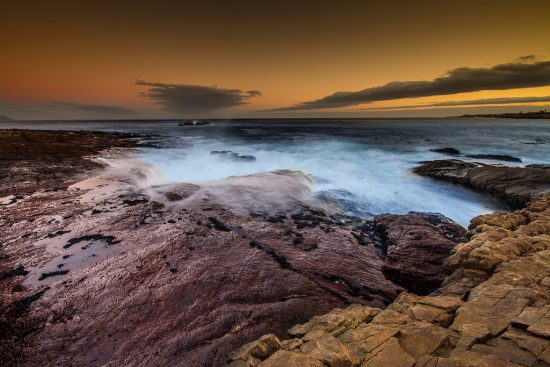 The most commonly sighted of these cetaceans, however, are humpback and southern right whales. Between June and November every year, the surface of the ocean ripples with all the activity going on below. Visitors can watch in awe as the water breaks and whales breach, lobtail, and spy hop – acrobatics and dance manoeuvres almost unbelievable considering their sheer size. That’s not all there is to see, though! Take a look at our Whale Route Bucket List and make sure you tick all of these boxes while you’re in the area:

1. Meander along the Cliff Walk: 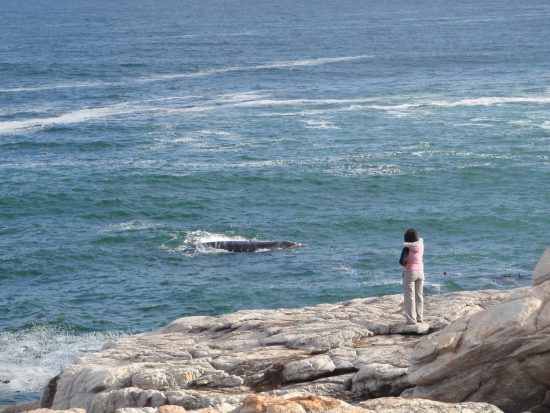 South Africa’s Whale Route is known to offer some of the most exceptional land-based whale watching opportunities on the planet. Its central hub, the bustling coastal town of Hermanus, has taken this accolade very seriously by creating a meandering pathway along its coastline known as the Cliff Walk. Running for more than 10km and with unobstructed views of the ocean, visitors can enjoy superb whale watching as they stroll.

If the Cliff Walk doesn’t give you a clear enough view, visitors can board a boat and go on an ocean expedition to see these creatures up close. The bay along which Hermanus is found is a naturally sheltered area and as such the perfect place for southern right whales to mate and calve undisturbed and unthreatened.

3. Keep an eye out for Hermanus’ Whale Crier: 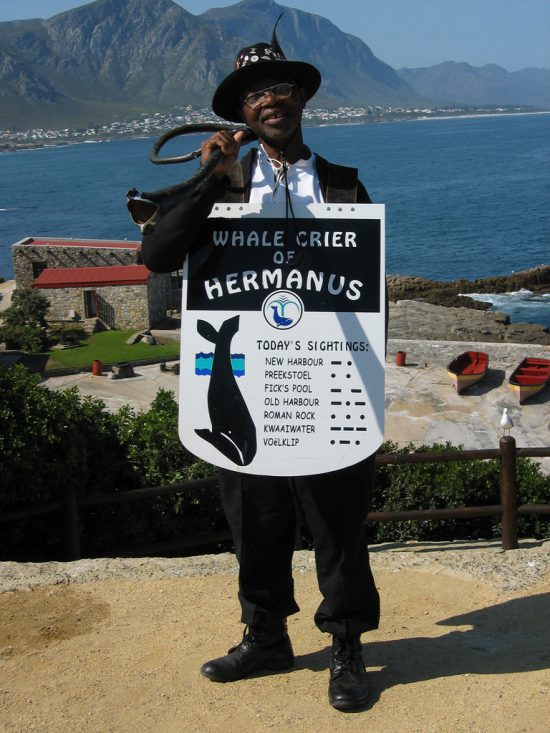 Due to the vast amount of interest generated for the town by those who want to see passing whales at every opportunity, Hermanus is also home to the world’s first Whale Crier—a man who, seasonally, monitors the ocean for any telltale fins or water being spouted into the air. Once spotted, the Whale Crier blows a mournful sound through his kelp horn, alerting the town and its residents to the presence of these visitors off the coastline.

4. Stop by during the Whale Festival: 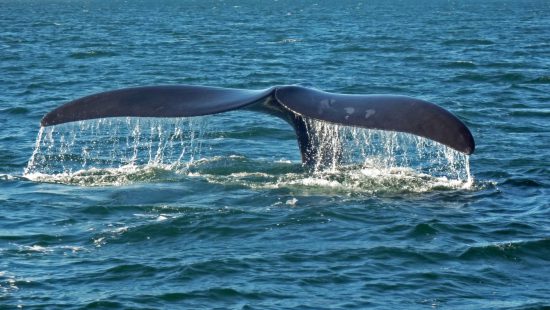 And if you thought the whale crier was the pinnacle of enthusiasm for these gargantuan beasts of the sea, you still need to stop by Hermanus’s annual Whale Festival – South Africa’s only Enviro-Arts festival. Here, eco-marine displays and educational shows combine with great food, live music, craft markets and even the Whale and Wheels Classic Car Show. This all-out celebration of the return of the whales is generally held around September/October.

Seen enough of the sand and the sea? While we think that is hard to do, there is an alternative. A short drive out of town and soon travellers will find themselves in a lush valley aptly named Hemel en Aarde. This is where heaven and earth seem to collide while the undulating landscape is adorned with wine farms and endless trails. Visitors can enjoy hiking, wine tasting and food pairings, horseback rides, and more. 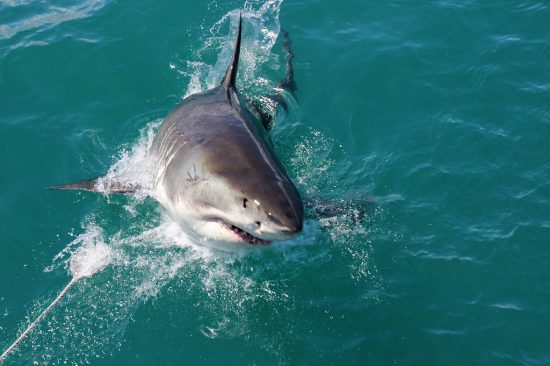 The neighbouring hamlet of Gansbaai is a notorious stretch of coastline that is densely populated with some of the ocean’s most fearsome inhabitants: the great white shark. From here, travellers can embark on an expedition into the big blue for a thrilling shark cage diving experience. Keep your wits about you and your camera at the ready – this is one experience you’ll want to preserve for the record books!

7. Visit the Southernmost Tip of the African continent: 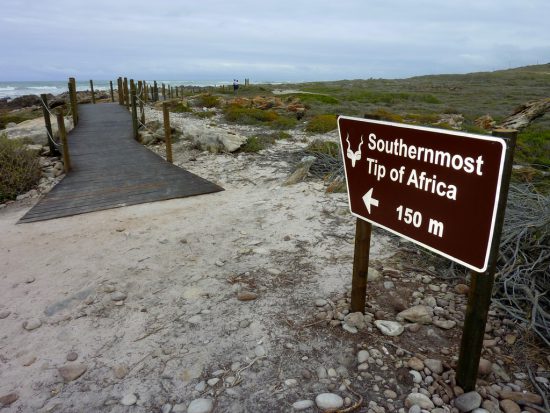 There is no better place to end things off than at the southern-most tip of Africa with a stop at Cape Agulhas. It is said that around 1500 CE, Portuguese sailors noted that magnetic north and true north coincided at this rocky headland, leading them to dub it the ‘Cape of Needles’. The name could just as easily derive from the jagged reefs found offshore. The iconic Cape Agulhas Lighthouse, built in 1848 and now a museum and heritage site, stands testament to this volatile water expanse. 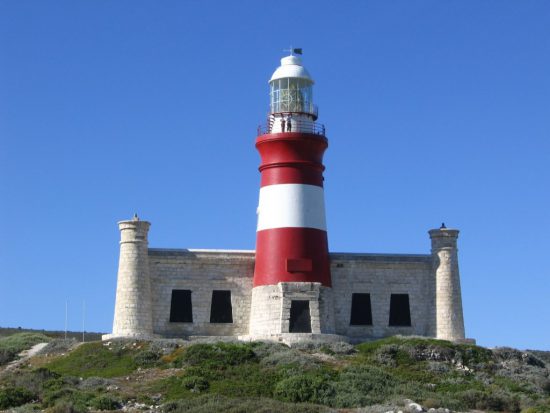 Whale watching season is upon us! To make this To-Do List a Done List, contact one of Rhino Africa’s knowledgeable consultants and make South Africa’s Whale Route a reality!

Share the love, comment below, and tell us what your favourite memory of this iconic route is.