What is the Marine Big 5?

So you’ve heard of the Big 5, but what about the Marine Big 5?

The Big 5, as you may know, are the most dangerous animals to come across on foot and they are the lion, leopard, buffalo, rhino and elephant. Of course, the Big 5 share the African plains, valleys and mountains with many many other animals. So you would be forgiven for thinking there was not much more natural beauty on offer. But there is: underwater. So much so that the African seas have earned the nickname, The Serengeti of the Seas.

The term Marine Big 5 originated in South Africa and refers to the prolific population of ocean life that flourishes along this beautiful coastline near the Southernmost tip of Africa.

The Marine Big 5 is made up of; 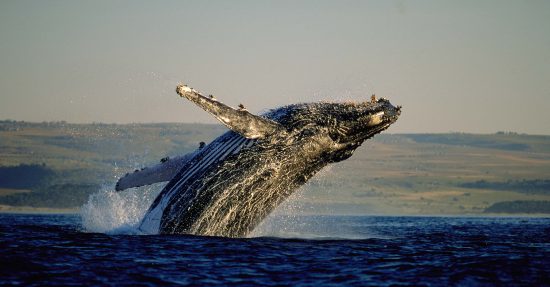 Of course whales make the list, they’re the biggest animals on earth. Southern Right and Humpback whales are common in South Africa and the graceful and exalted whale sharks are also a common and popular sight off of Africa’s east coast.

Right whales are the rarest of all large whales and were named by whalers who identified them as the “right” whale to hunt. 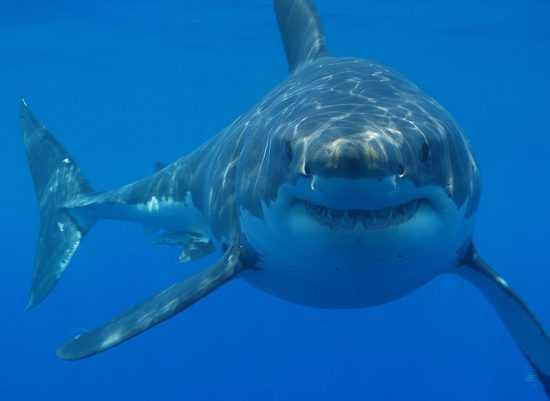 South Africa is one of the best places in the world to see great white sharks. It is here, in places like Simon’s Town, Gansbaai and Mosselbaai, that visitors can have the thrill of seeing these magnificent creatures up close.

The great white shark can be found in the coastal waters of all the major oceans. They are not mindless killers but are in fact highly selective hunters, feeding on a variety of fish, seals and even dolphins. A recent survey suggests that there are only 5,000 – 10,000 great white sharks left in our oceans. 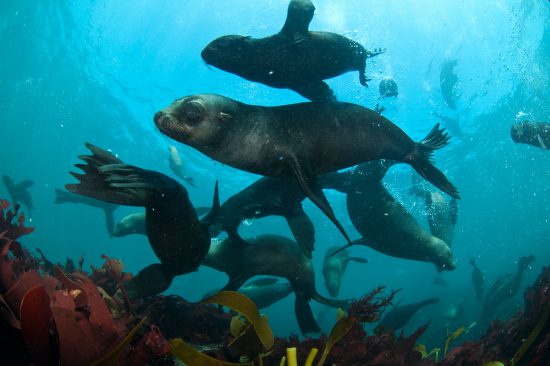 Cape fur seals are endemic to Namibia and South Africa, with almost 2 million calling our seas home. They are mammals, like us, which means they give live birth and feed their young with milk. An interesting fact: Cape fur seals can sleep underwater and surface to breathe. Half their brain sleeps while underwater and the other half takes care of surfacing for air. 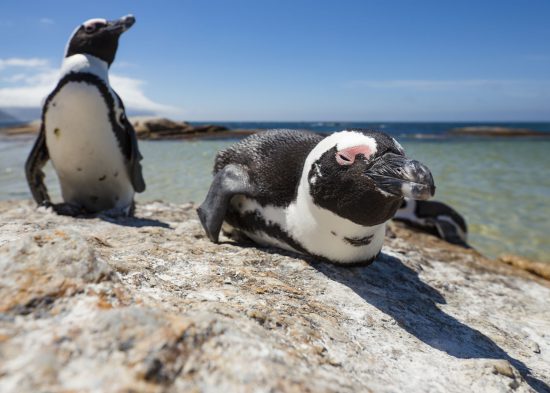 Maybe the most surprising member of our Marine Big 5, the African Penguin is awkward on land but slick in the sea and found along the South West Coast of Africa. They are superbly designed for life at sea with an ability to swim at speeds of up to 20km/hr when chasing fish.

The African penguin, also known as the jackass penguin, is an endangered species. During the 1900’s, the harvesting of penguin eggs and guano nearly wiped out their entire population.

Pods of hundreds of dolphins are commonly seen off our shores (such as the one in the video above), and are one of the ocean’s most exciting sights. There are nearly 10 dolphin species off the South African coast (and even more whale species – some of which are confusingly similar to dolphins). But the dolphins you are most likely to see are the ones that swim close inshore, often surfing the breakers. These include the famous bottlenose dolphin, the beautiful common dolphin, and the shy humpback dolphin.

One response to "What is the Marine Big 5?"

5 Things You Didn’t Know About Johannesburg