Just So Stories: How The Elephant Got His Trunk

How did the giraffe get his long neck? And the porcupine her 30,000 black and white painted quills? Or the pangolin his scaly, unusual body? Africa is full of strange and quirky creatures, and for those of you with an imagination, there’s a weird and wonderful story for each of our beautifully-bizarre animals.

In the words of the man who wrote the Jungle Book, Rudyard Kipling, this is his story of how the elephant got his trunk (with slight modifications for an easier read): 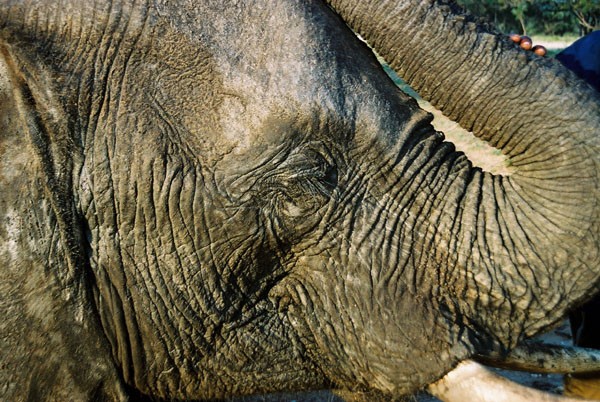 Legend has it that the elephant never used to have a trunk. Instead he had a blackish, bulgy nose, as big as a boot, that he could wriggle about from side to side. He couldn’t pick up anything with his useless nose. 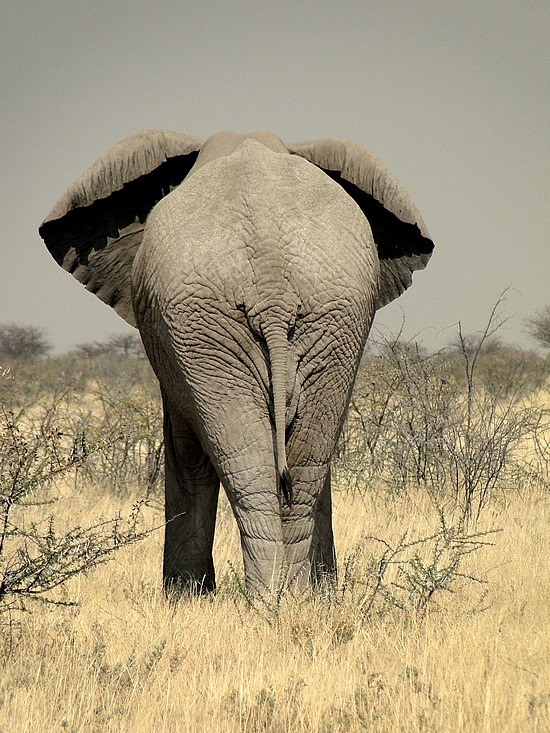 But one day, there was a new elephant. An elephant’s child was born. He was different in the way that he was full of insatiable curiosity.

He wondered why the ostrich’s tail feathers were just so, and the giraffe, why he had spotty skin. 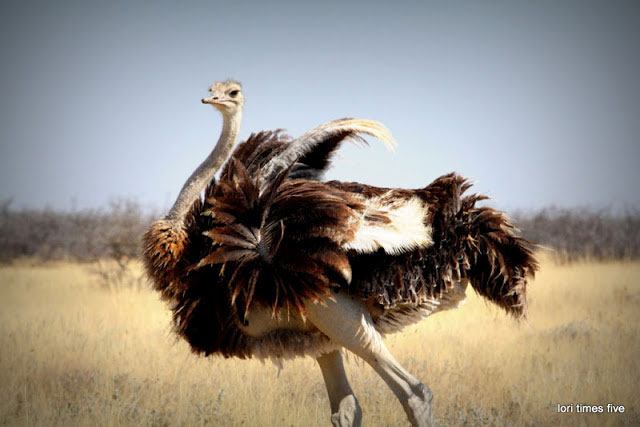 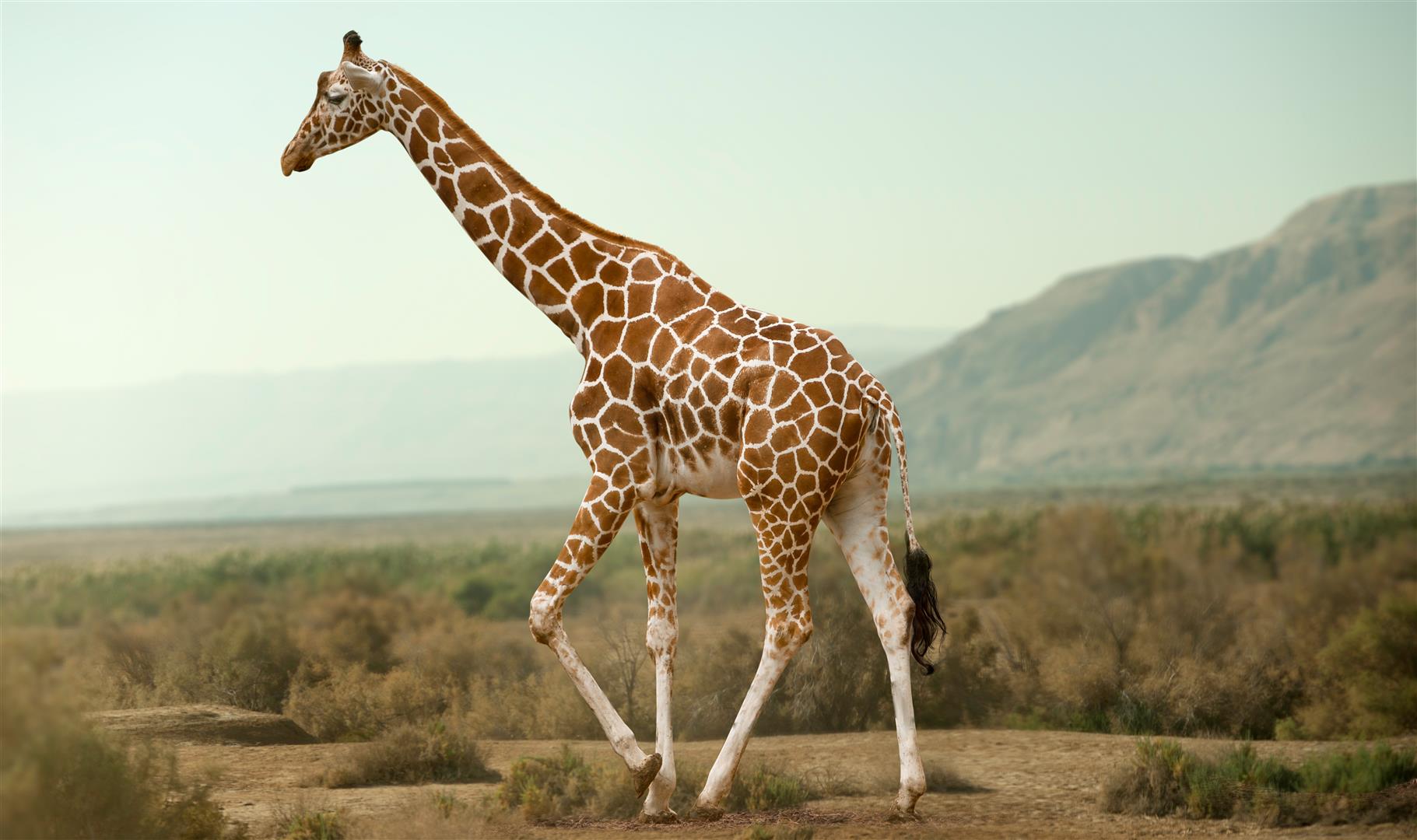 Next he asked the hippopotamus why her eyes were red. And so the elephant’s child continued to worry all the animals with countless questions. 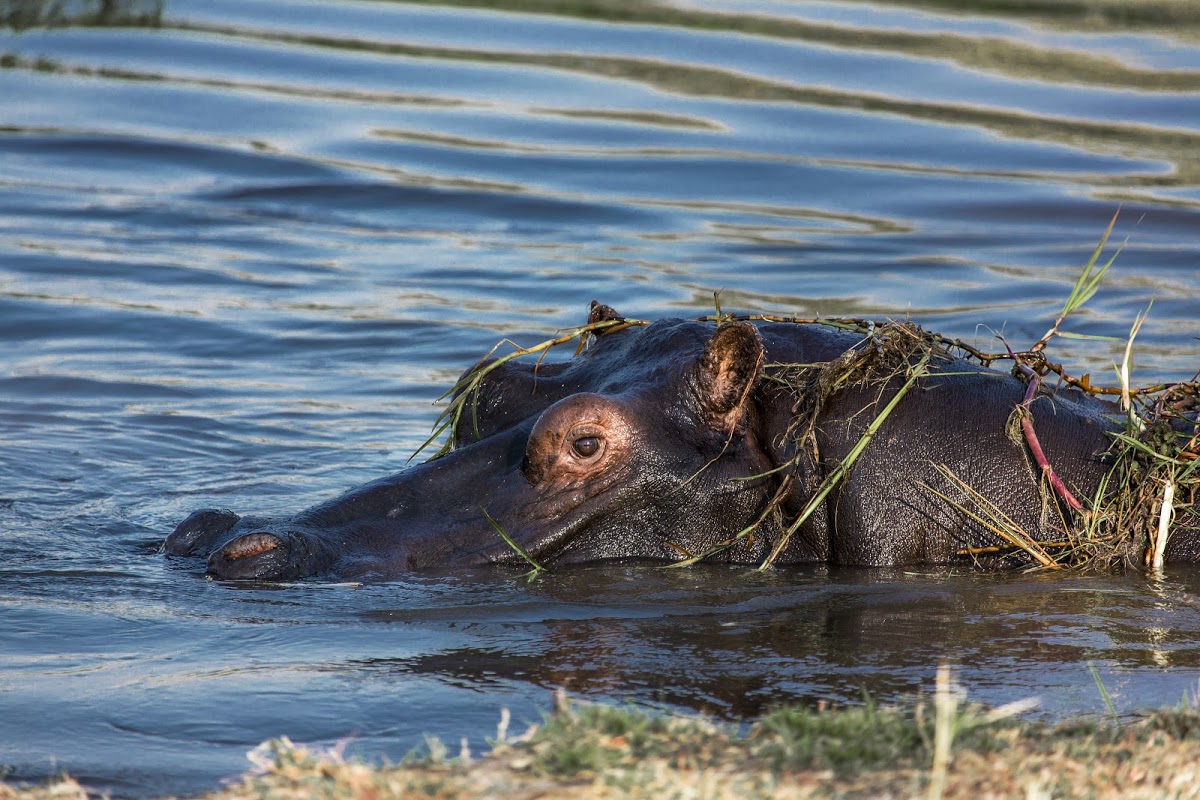 He asked questions about everything that he saw, or heard, or felt, or smelt, or touched. The most frustrating unknown for this elephant child was the mysterious question: what does the crocodile have for dinner? 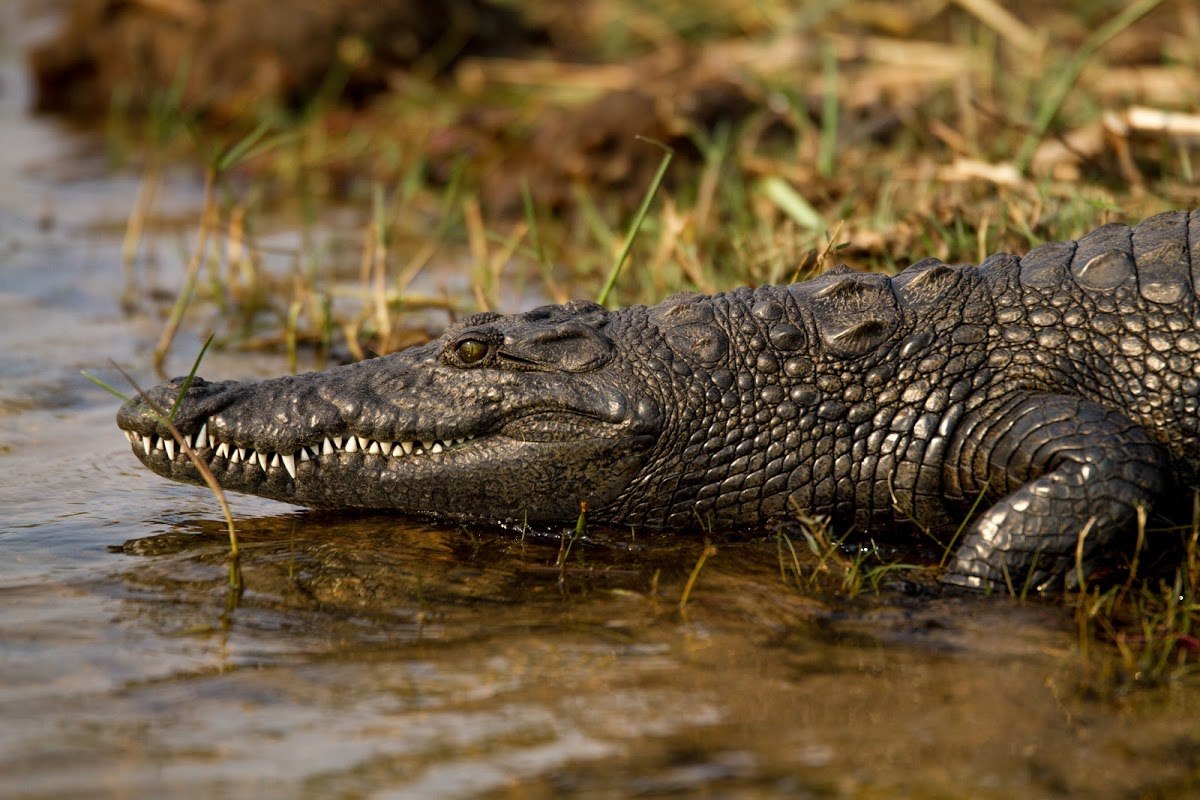 He finally stumbled across a Kolokolo bird who said with a mournful cry, “Go to the banks of the great grey-green greasy Limpopo River, all set about with fever trees, and find out.” 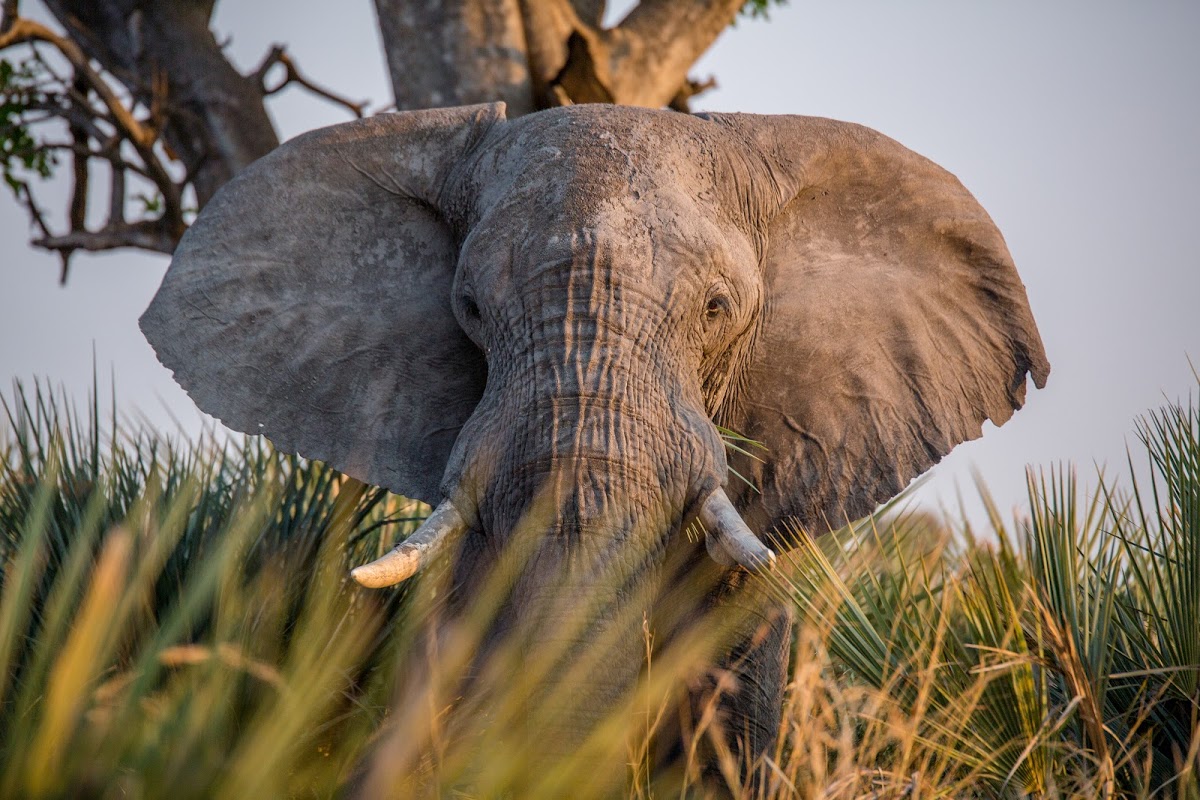 Finally he made it to the banks of the great grey-green, greasy Limpopo River, all set about the fever trees, precisely as Kolokolo bird had said.

Bear in mind that till that very week, and day, and hour, and minute, the elephant’s child had never seen a crocodile. And finally he asked an unknown creature (the crocodile himself) the question which he hoped to finally relieve himself of, “What does the crocodile have for dinner?” 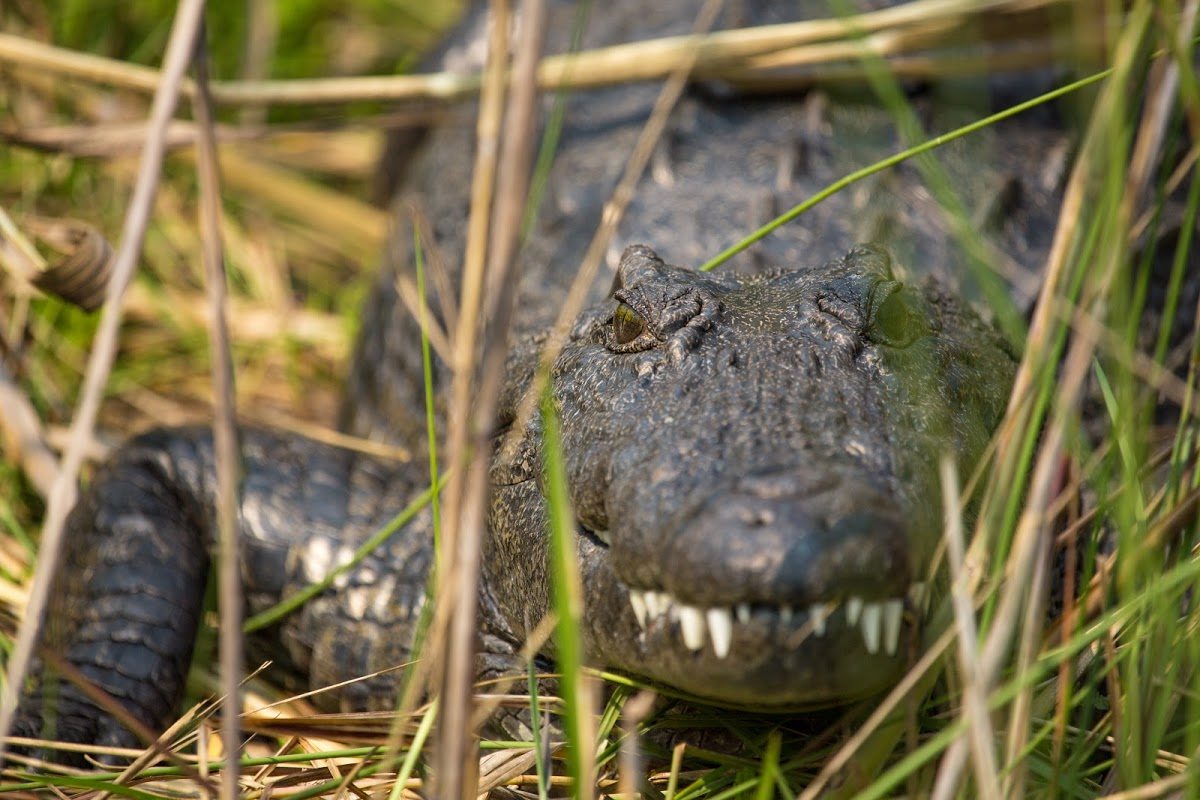 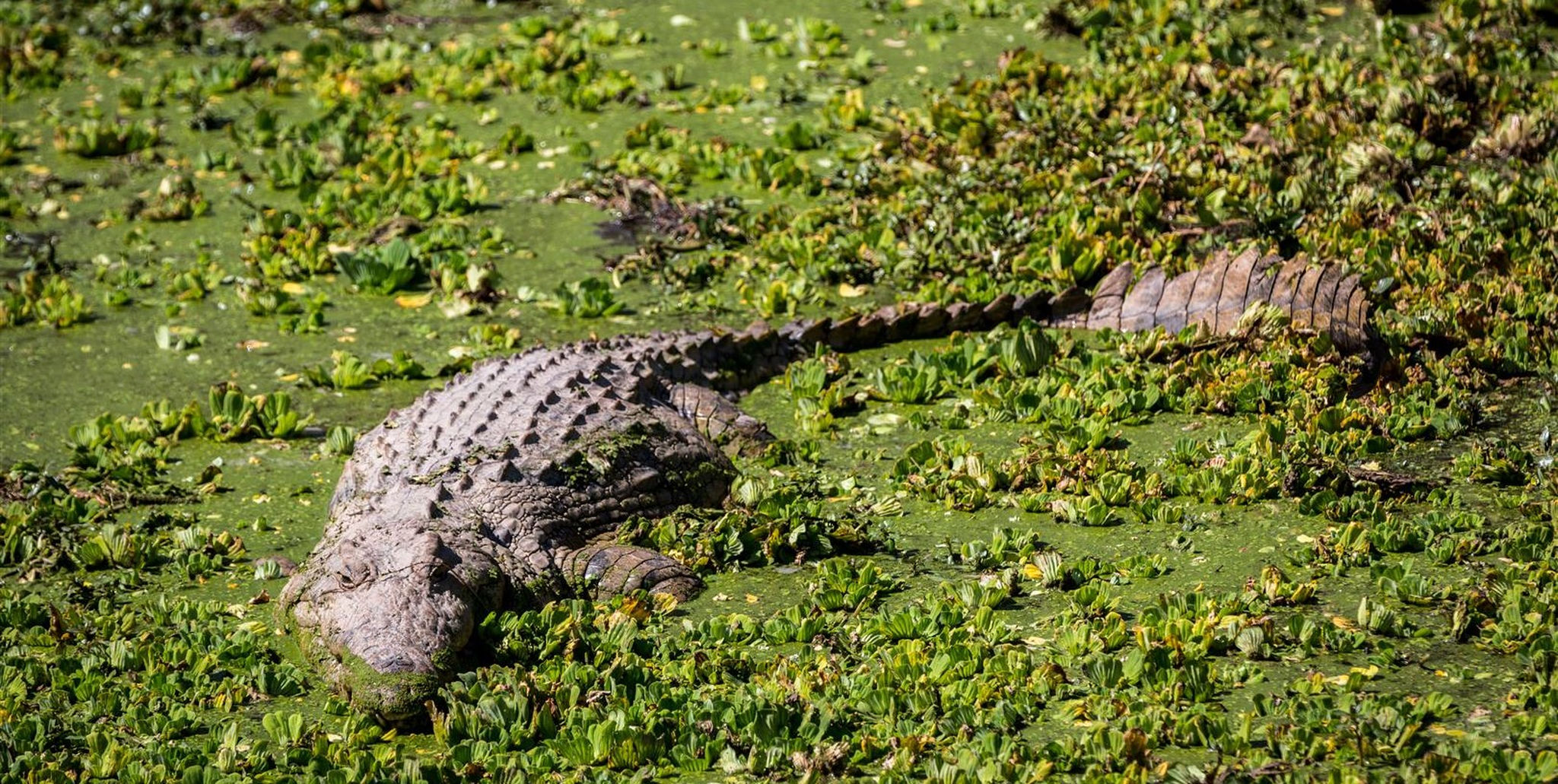 Eventually the crocodile let go of the elephant’s nose with a plop that you could hear all up and down the Limpopo River.

The elephant’s child waited three days for his trunk to shrink, but it never grew any shorter, and, besides, it made him squint. 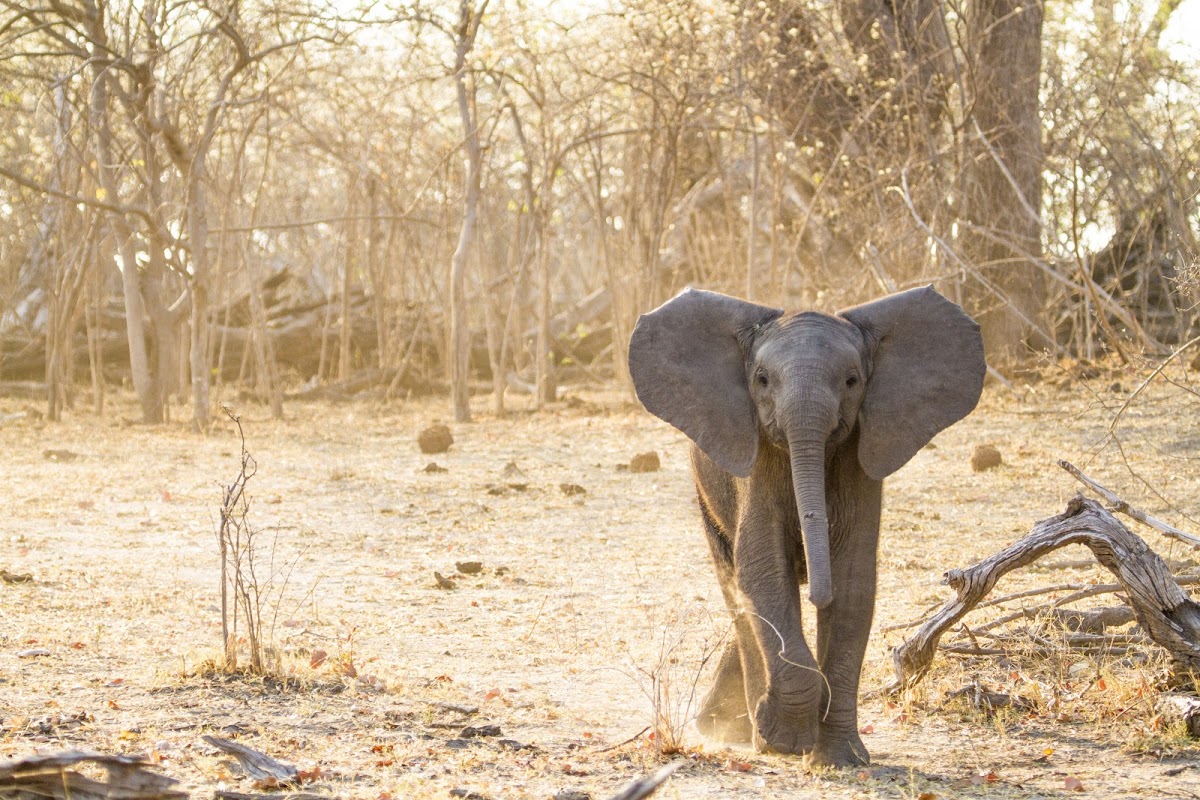 At the end of the third day a fly stung him on his shoulder, and before he knew it he lifted up his trunk and hit that fly dead. Vantage one. 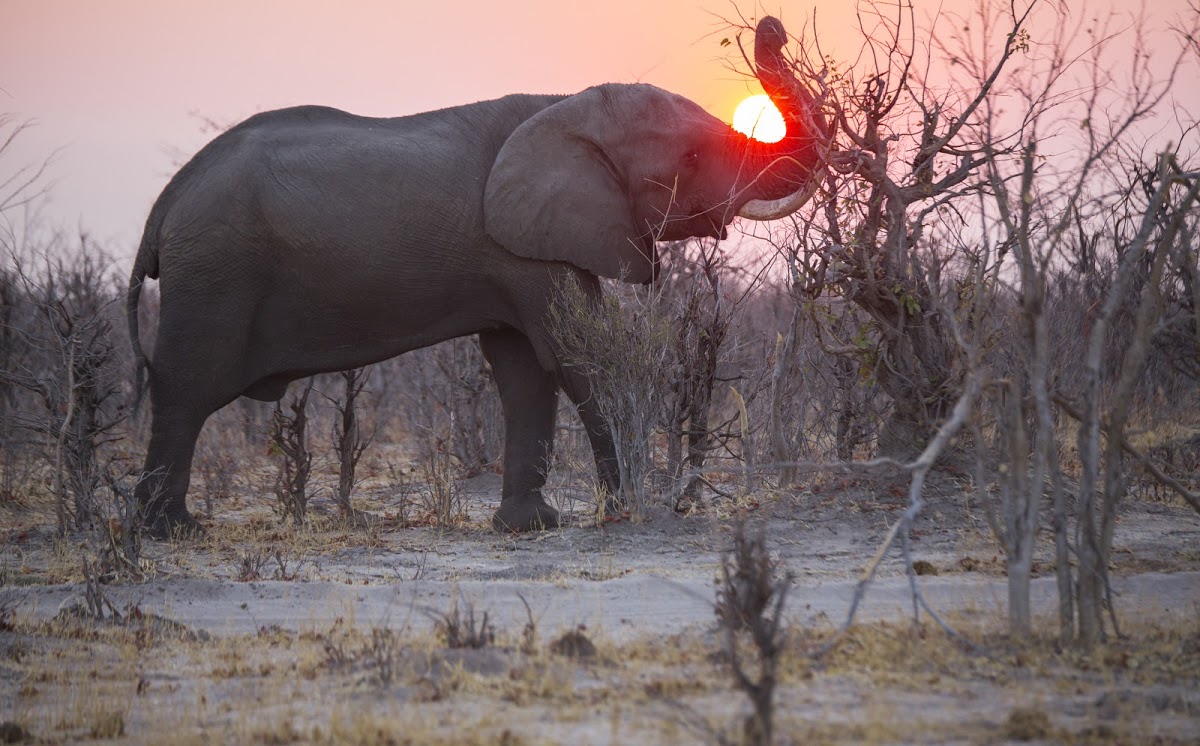 He plucked large bundles of grass and stuffed them into his mouth. Vantage two. 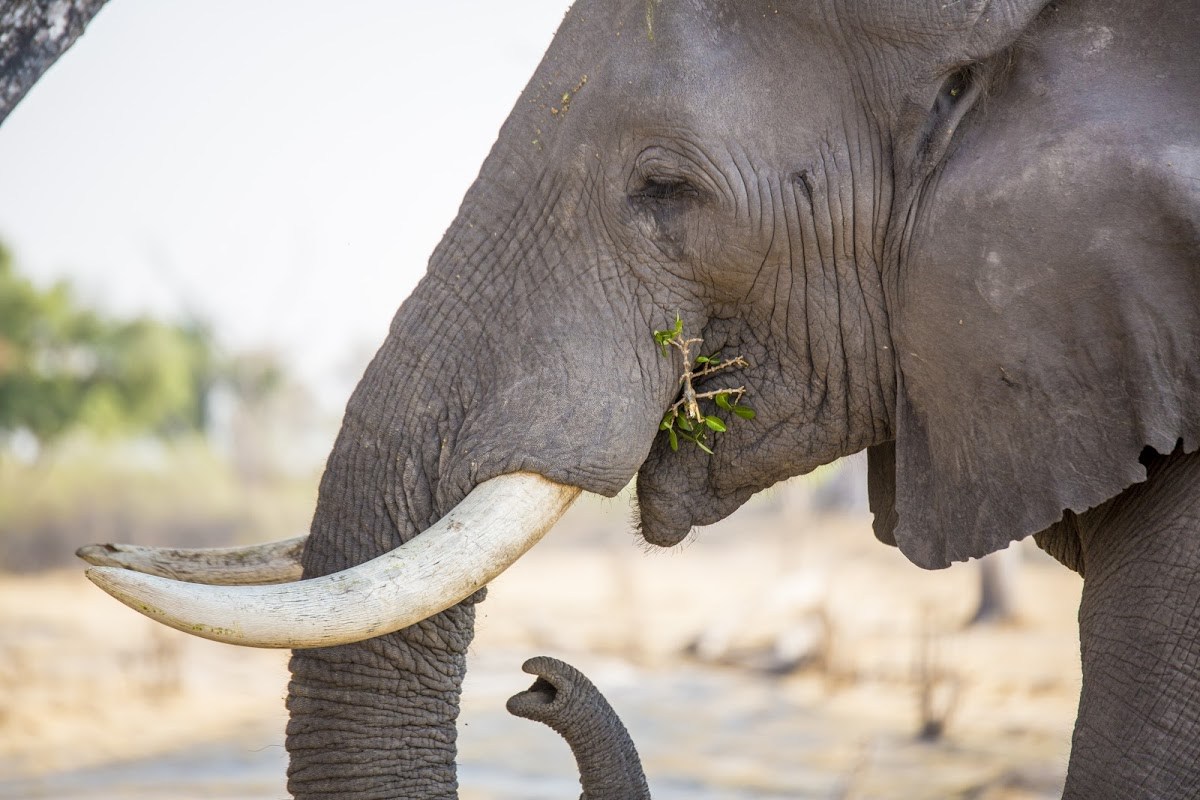 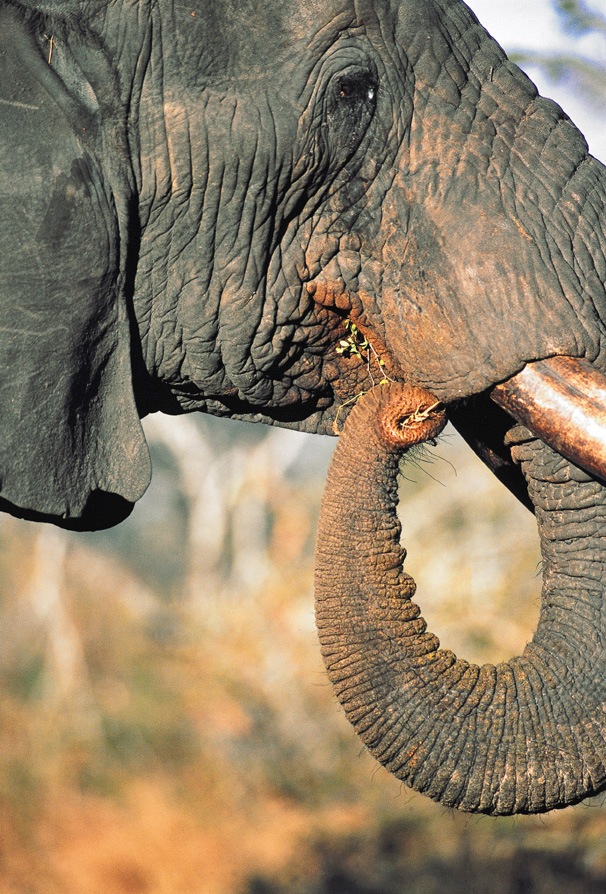 He then schlooped up a schloop of mud from the banks and slapped it on his head, where it made a cool schloopy-sloshy mud-cap all trickly behind his ears. Vantage three. 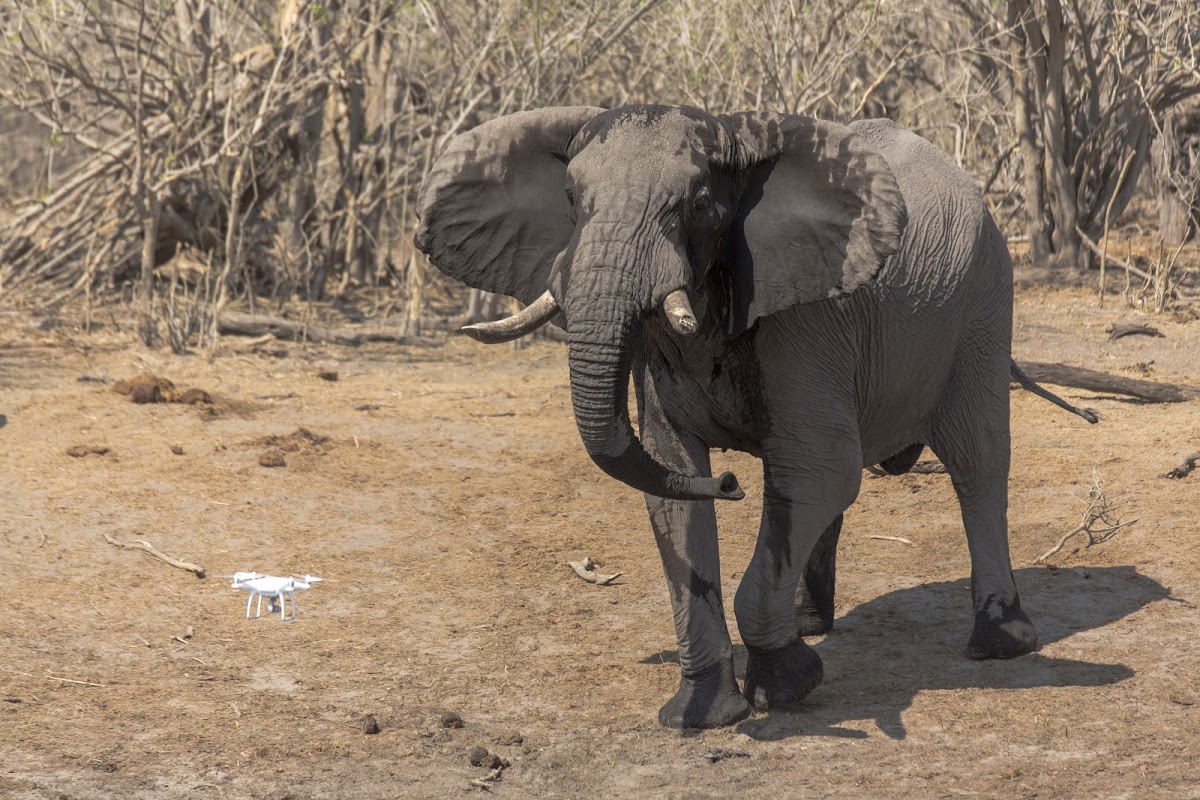 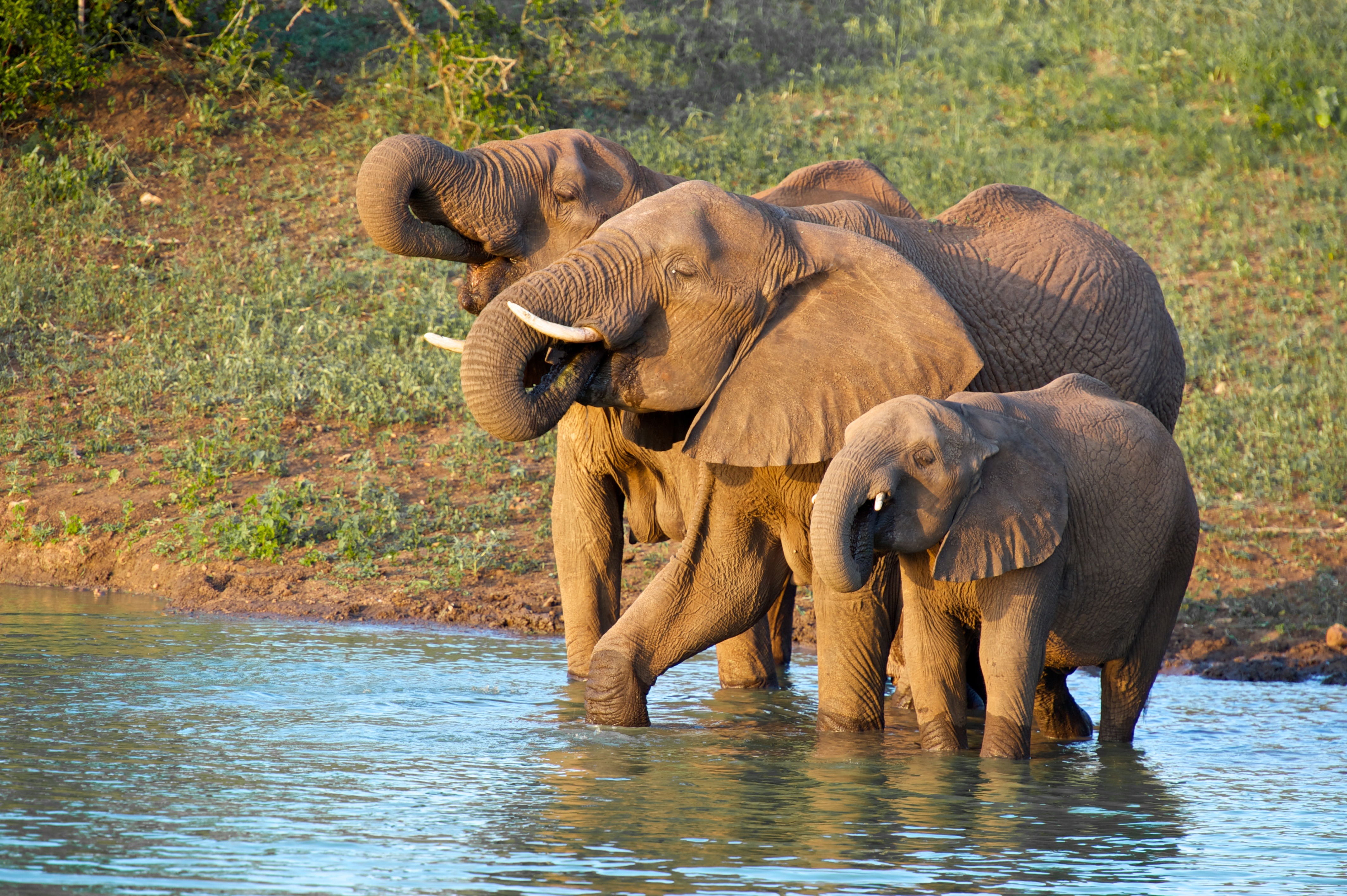 And so with the many vantages provided by this extended trunk- elephants never missed their old blackish, bulgy noses, as big as a boot, that they could wriggle about from side to side. 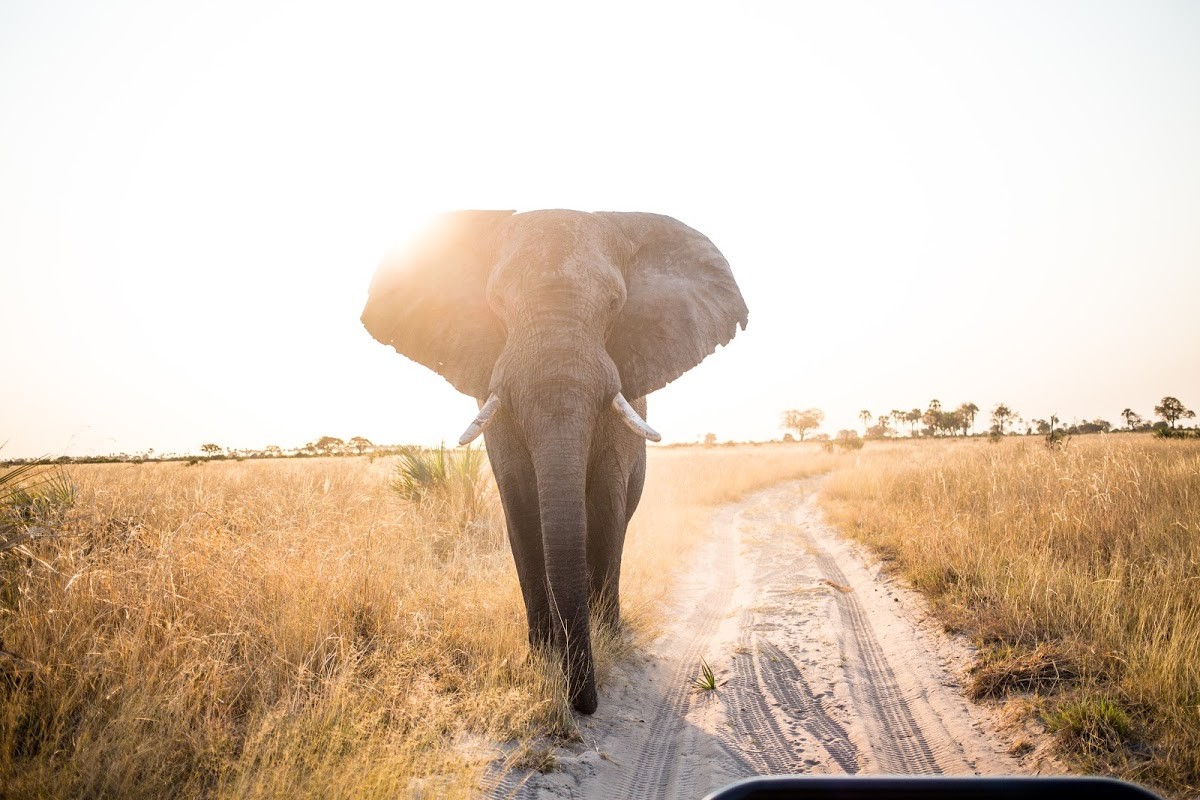 Do you know how the rhino got his folded, wrinkly and rough skin? We do!

Some more articles and photos for all those elephant-lovers out there:

An Unlikely Encounter Between Two Rhinos and an Elephant