A Complete Guide to Mozambique

Mozambique: a country bursting with history, rich in culture and home to the most pristine and dreamlike beaches in Africa- and it’s affordable to boot! Swaying palms on unblemished beaches, a rich marine life, and a destination well off most beaten tracks makes this country one of seclusion and adventure for those that venture into Mozambique’s borders. Local residents radiating friendliness welcome you to a treasure chest of exquisite colonial architecture, coral reefs, diverse culture, dune-fringed beaches and offshore islands such as Bazaruto and Quirimbas, beckoning to be visited. Dubbed the Pearl of the Indian Ocean, take an unforgettable journey with unfailing reward with this guide: 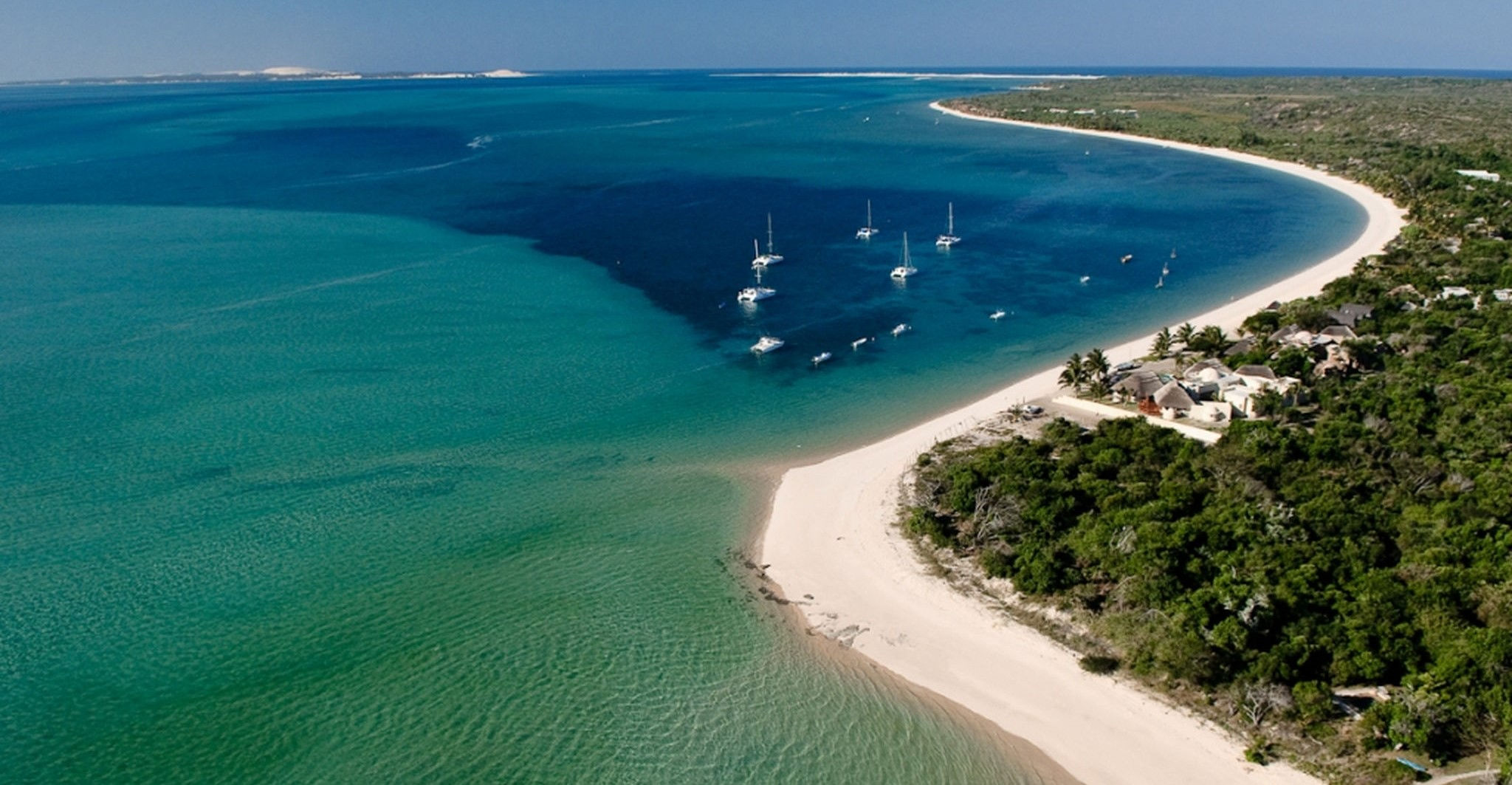 Three times the size of Great Britain and with 2,500km of coastline, Mozambique has plenty of terrain just waiting to be explored. A long and narrow country, it shares borders with South Africa, Swaziland and Zimbabwe to the south and Zambia, Malawi and Tanzania to the north. Two topographical regions are caused by the Zambezi River which flows west to east of the country, resulting in different landscapes in the north and south. The Indian Ocean hugs the east of Mozambique, creating its popular beach destinations and warm and inviting waters. 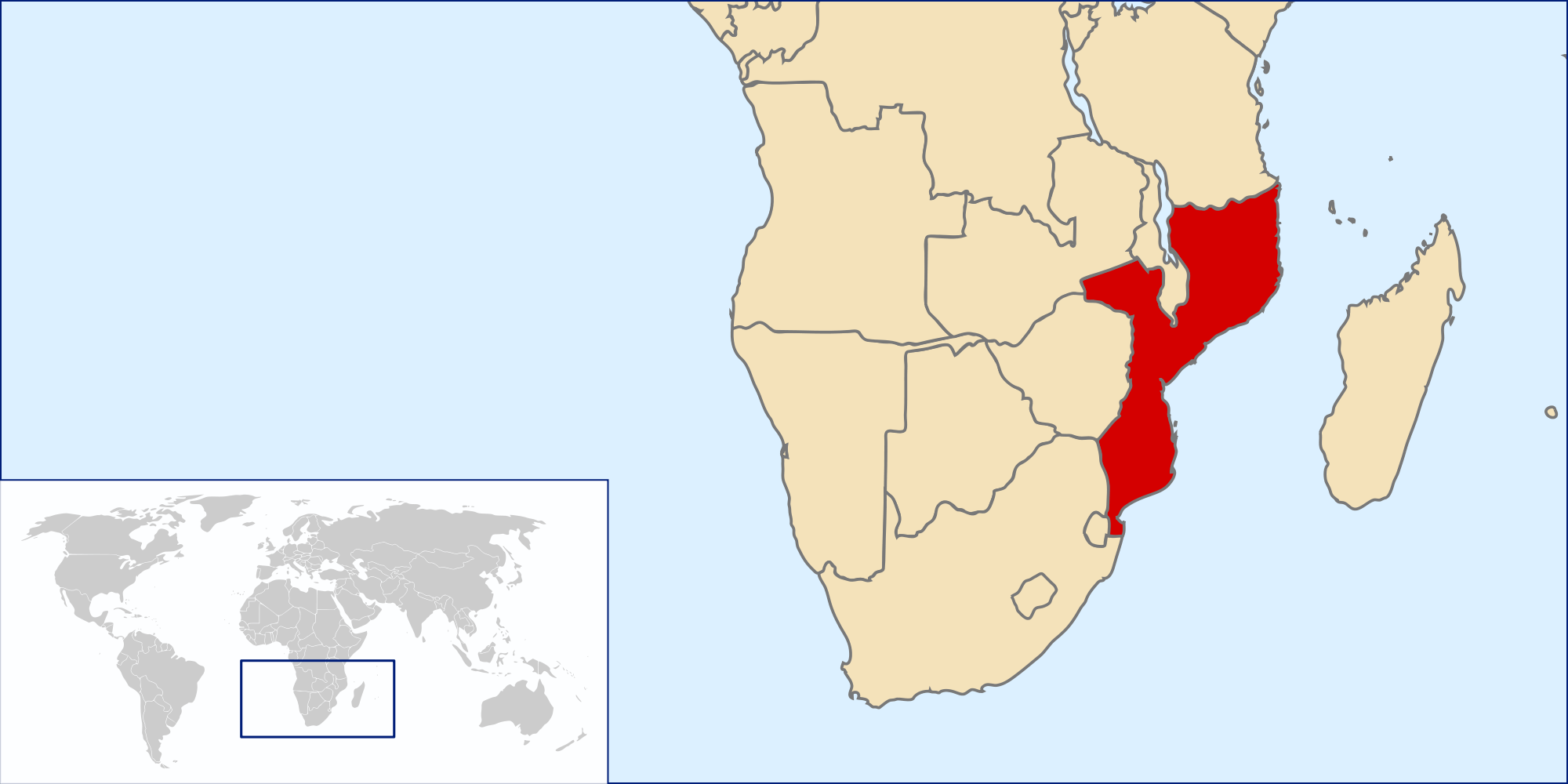 Mozambique tells an interesting story and is ripe with history.  Vasco da Gama dropped anchor just off Mozambican shores in 1498, finding it an ideal spot for trade. Eventually forced out by locals, Vasco da Gama left. The Portuguese made their second debut, in the 16th and 17th century they were back. Colonial rule ran from 1891-1975, with trade in ivory, gold, slaves, rubber and oil seed. Arrival of the Arab trade in northern Mozambique dates back to the 18th century, leaving washed out mosques and locals practicing Islam today.

A long struggle for independence erupted in 1964, leading to the departure of the majority of Mozambique’s Portuguese inhabitants. Nevertheless, they left behind a strong cultural imprint on the country which can still be seen today. The struggle for independence left Mozambique poor, but recent decades have seen it bouncing back better then ever before with 80% of its people working in agriculture with its main exports in shrimp, cashews, cotton, sugar and timber.

The cultural side of Mozambique is an interesting one, with many aspects showing a beautiful merge between Portuguese and native culture.  Although there are many languages and around 60 ethnic groups, Portuguese was the only language widely known across the country thereby becoming the official language. This has resulted in most people being multi-lingual. Indigenous languages are spoken in different areas in Mozambique and English is also sometimes understood, and with its six geographical neighbours all previous British colonies, this is hardly surprising. The native religion is commonly animism, placing great importance on connections with ancestors, however due to Arab and Portuguese influences, Islam and Christianity are also practiced.

On the food front you will also be in for cuisine that caters for Portuguese-inspired palates. This is especially true on the coast, with seafood rice dishes, prego rolls and piri-piri chicken. Some of these dishes include Macaza (grilled shellfish kabobs), bacalhão (dried salted cod) and chocos (squid cooked in its own ink). Inland, the cassava root is the staple food which can be mashed, baked, made into bread and manipulated in many other ways. Other foods locally grown and produced are coconuts, cashews, peanuts, pao bread, pineapples and, no Mozambique trip would be complete without trying, the local beer – 2M.

Mozambique bands have abandoned their previous European-style music and have adopted new forms of local folk styles, using handmade instruments, and new African popular music. Instruments such as drums made from wood and animals skins (lupembe), woodwind instruments made from animal horns and the marimba are now commonly used. 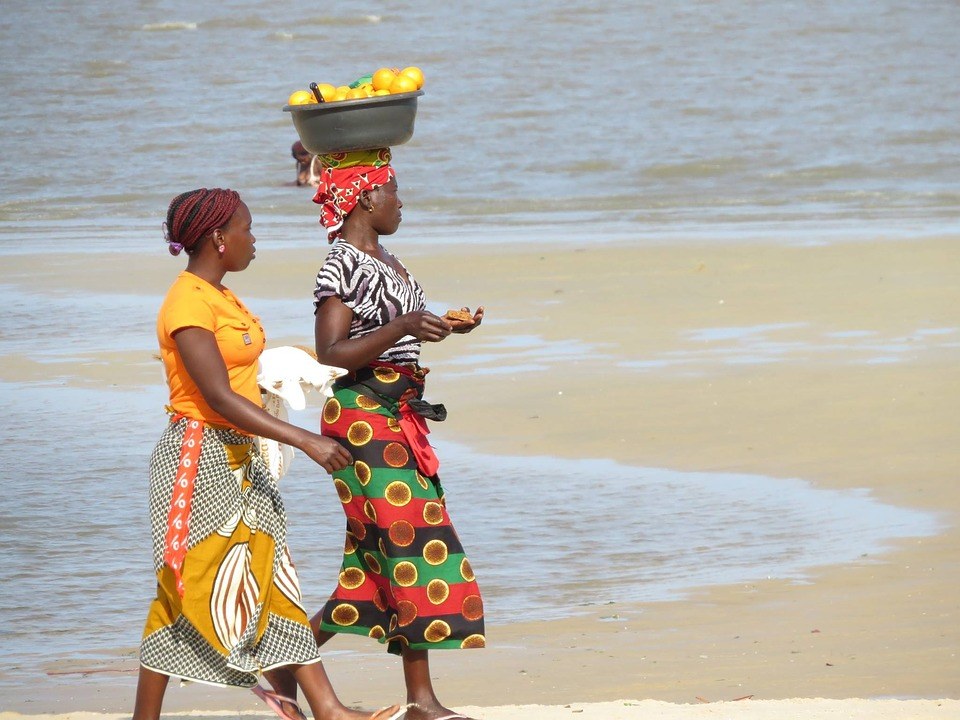 An individual’s economic standing is reflecting in the way that they dress. In cities, men and women can be seen wearing Western-style suits and African-patterned dresses. Traditionally men would wear a loincloth, however t-shirts and dashikis are replacing this. Women have kept their traditional dress in rural areas, wearing  long strips of fabric wrapped around the body, under the arms and over one shoulder, with a traditional head scarf. Clothing can also indicate ethnic identity, for example, men in the north wear white robes and head coverings indicating they are Muslim.

Despite the coastline owning the spotlight, Mozambique has a rich wildlife and offers exclusivity and remoteness. National Parks are home to elephant (Mozambique’s national animal), lion, hippo, antelope and buffalo to name a few. Bird enthusiasts will also marvel at the country’s flamingo and fish eagle populations. When exploring the coastline, be sure to look out for humpback whales, whale sharks, dolphins, manta rays and loggerhead and leatherback turtles. Many of Mozambique’s parks are composed of patches of floodplains, woodlands and open plains creating diverse ecosystems. Enjoy the wild bush at Gorongosa National Park and Lake Niassa, the perfect addition to a beach getaway. 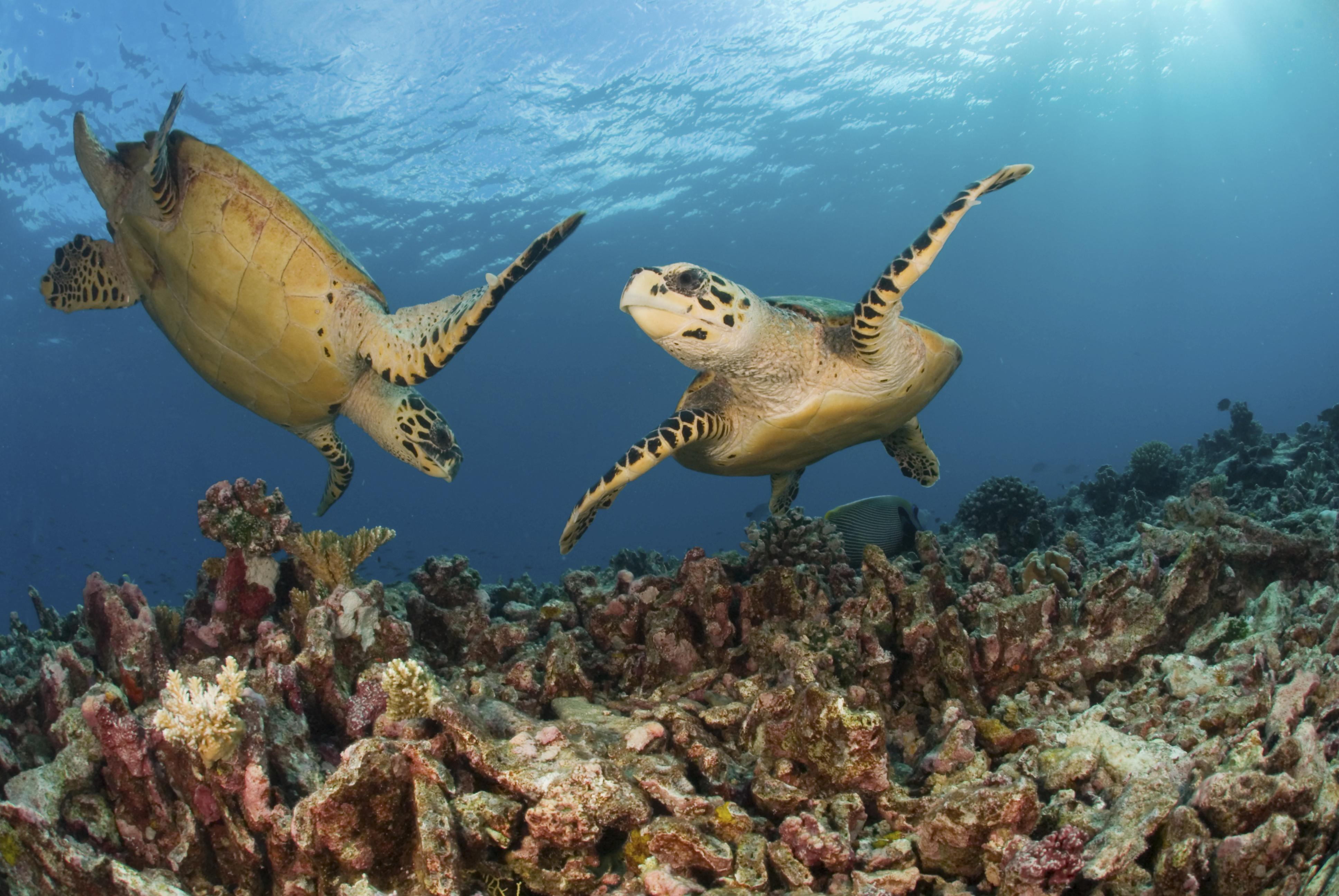 Mozambique has two season, wet and dry. March to November mark the drier and cooler season and December through to April the rainy and humid season. The best time to visit the coast is in the dry months of May through to October, when day time temperatures are generally around 20-25 degrees Celsius. However, the climate in the south of the country is temperate and can be frequented throughout the year.

Check out some of our top accommodation pages here. 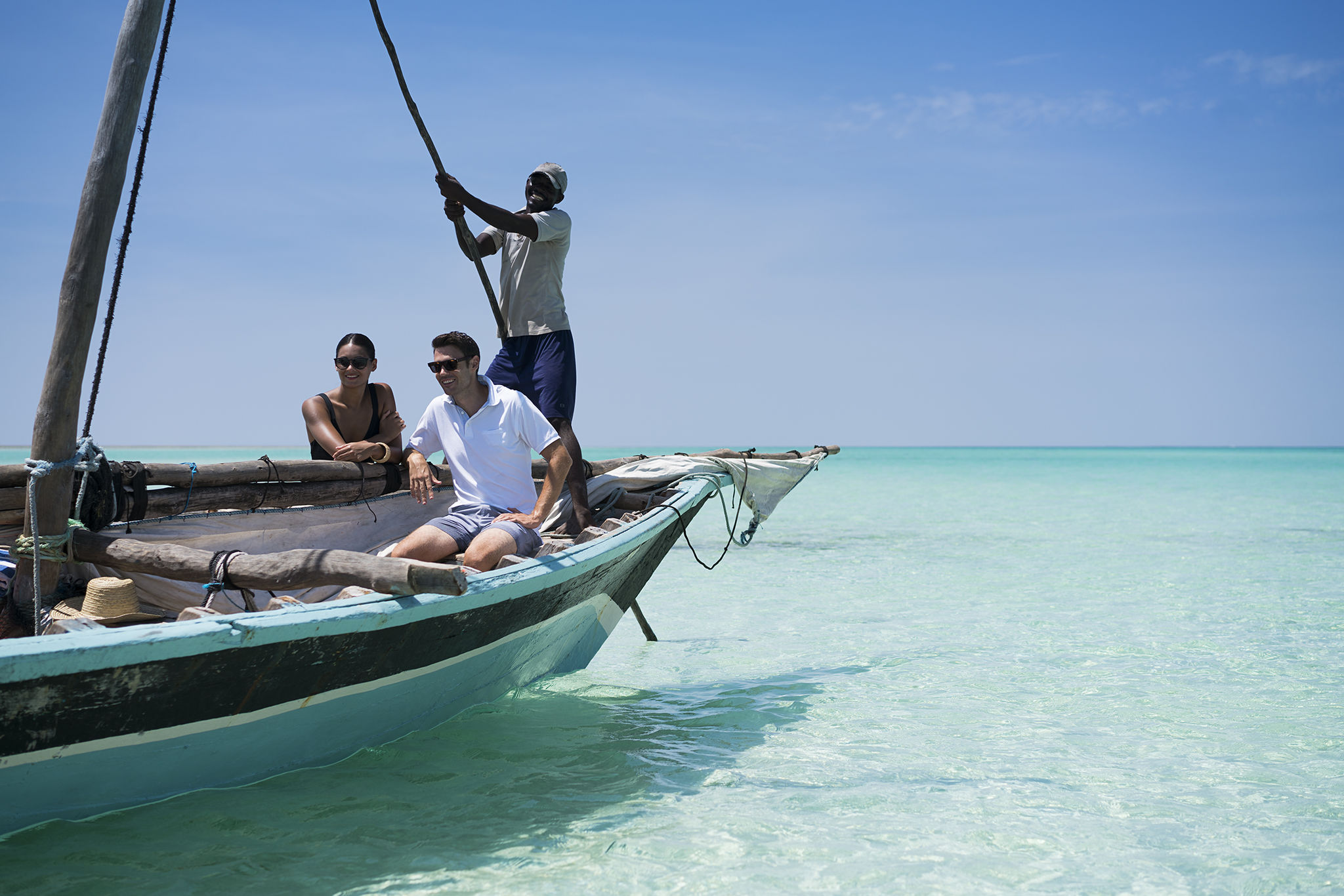 Local currency is Metical or Meticais (plural). With notes in denominations of MT 1,000, 500, 200, 100 and coins in denominations of MT10, 5, 5 and 1. Credit card payments are generally only made in the capital, Maputo, and so it is better to have USD or ZAR (South African Rand) for informal purchases such as markets and tipping. USD is generally accepted throughout the country, however ZAR only in the south of Mozambique, and one should expect change to be in Metacais. It is advisable to exchange money at banks and airports.

All visitors, expect a select few African countries, require a visa to travel to Mozambique. We recommend that you obtain the tourist visa before you travel in order to guarantee a hassle-free entry. Three working days are usually required for visa processing. Visas can be purchased at the borders for an amount between $30 and $80, however, do not suggest this.

Malaria is a risk and therefore precautions are essential. Cover up with long sleeves in the evenings, use insect repellents on exposed skin, avoid the rainy season and sleep under a mosquito net. Taking antimalarial tablets is also an option, however we ask that you verify what specific medical precautions you will need to take with a certified doctor or travel clinic.

Our consultants at Rhino Africa have been to Mozambique many times and are happy to answer questions or help tailor your trip.

African Travel in September: Where to Go

African Travel in September: Where to Go

Mozambique Honeymoon on the Bazaruto Archipelago

Mozambique Honeymoon on the Bazaruto Archipelago