A Complete Guide to Zimbabwe

Zimbabwe: one of the friendliest and most exquisite countries in Africa. This Southern African country has received a bad rap in recent years, but Zim, as it’s affectionately known by locals, is emerging once more as a rewarding and iconic travel destination.

Experience encounters with the iconic Big 5 and discover diverse landscapes from lush mountains and rivers teeming with wildlife to plains and Kalahari sands. Zimbabwe is not only home to five UNESCO World Heritage Sites but also boasts a Natural Wonder of the World – the mighty Victoria Falls. Step into a world of unrivaled natural beauty with this complete guide to Zimbabwe:

Zimbabwe is a land-locked country in Southern Africa, bordering Mozambique, South Africa, Botswana,  Zambia and Namibia. The Zambezi River runs along Zimbabwe’s and Zambia’s border and flows over the spectacular Victoria Falls. Its capital is Harare and the country itself is approximately 390,757km2, which is equivalent to the state of Montana in the United States or three times the size of England as a whole! 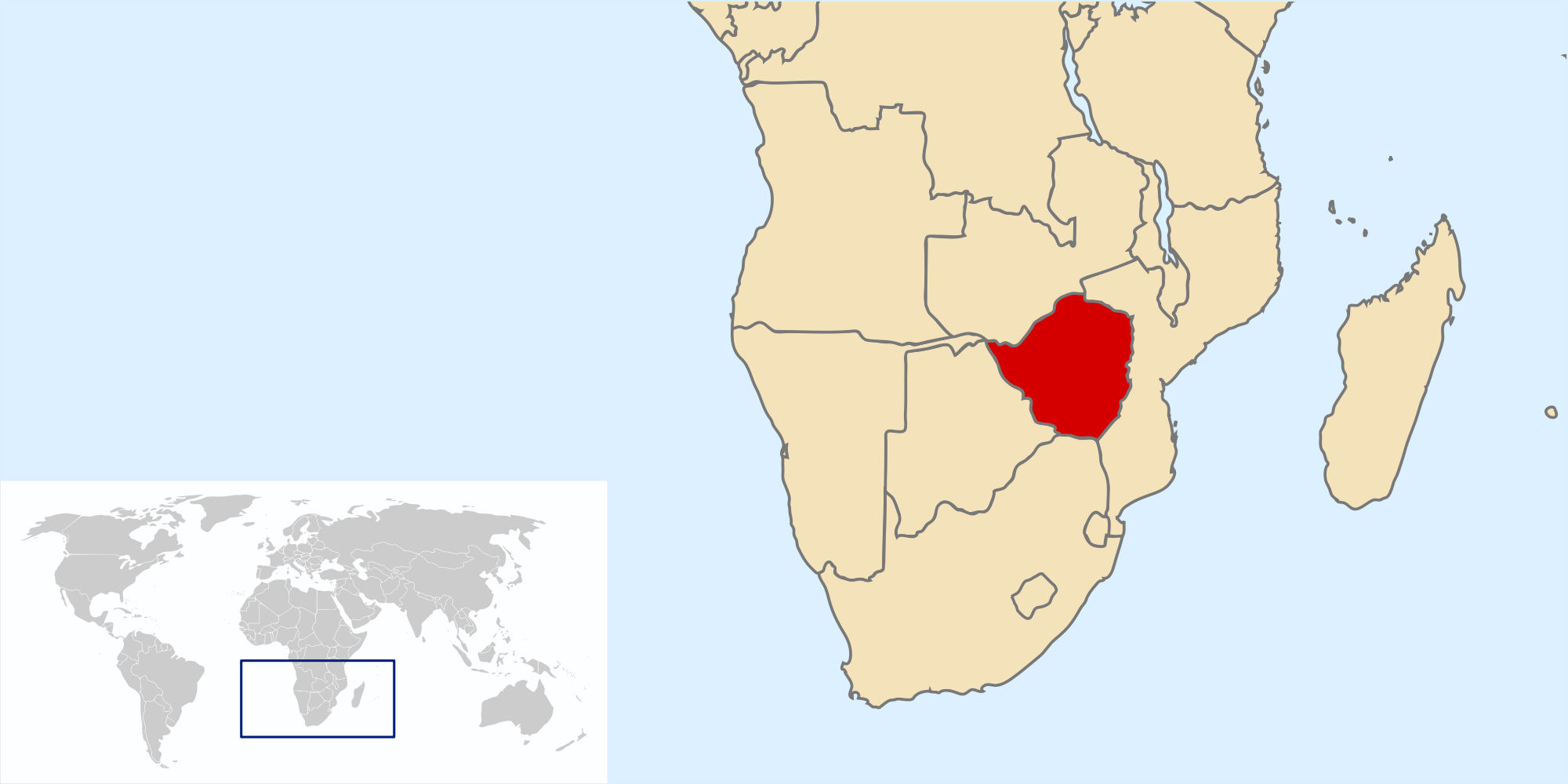 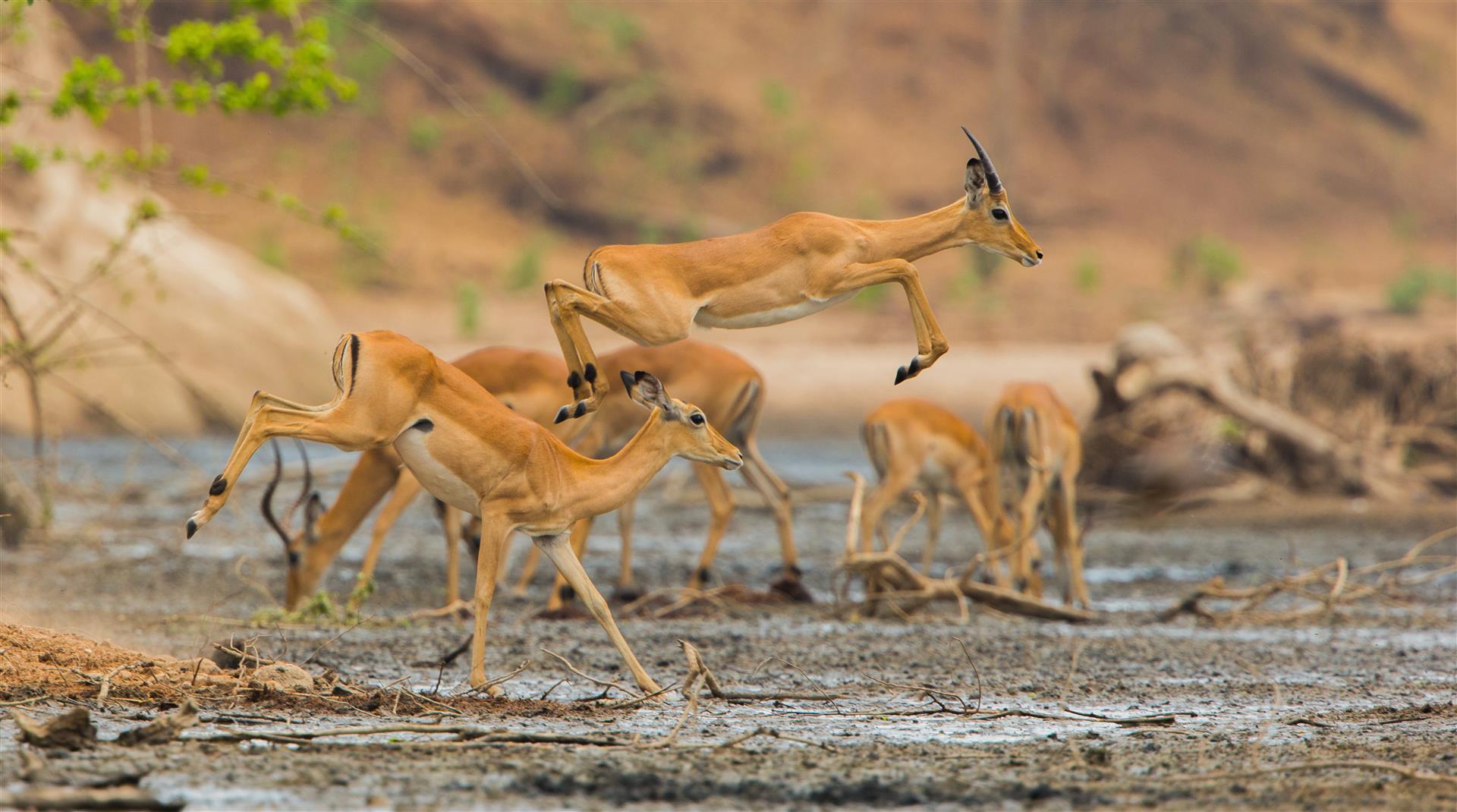 The first known people to have inhabited Zimbabwe were the Bantu-speaking Iron Age farmers who are estimated to have settled there in 200CE. In the following their settlement, they were joined by the Zhizo and Kalanga people, which changed the shape of the country in terms of trade and farming. In the 1880s, Rhodesia (as it was known) became a British colony up until 1980 when the country gained independence after civil war. Rhodesia adopted its new name, Zimbabwe, after independence, in tribute to Great Zimbabwe, the trading hub that was built in medieval times by the Shona tribe. 70% of Zimbabwe’s population makeup is Shona. 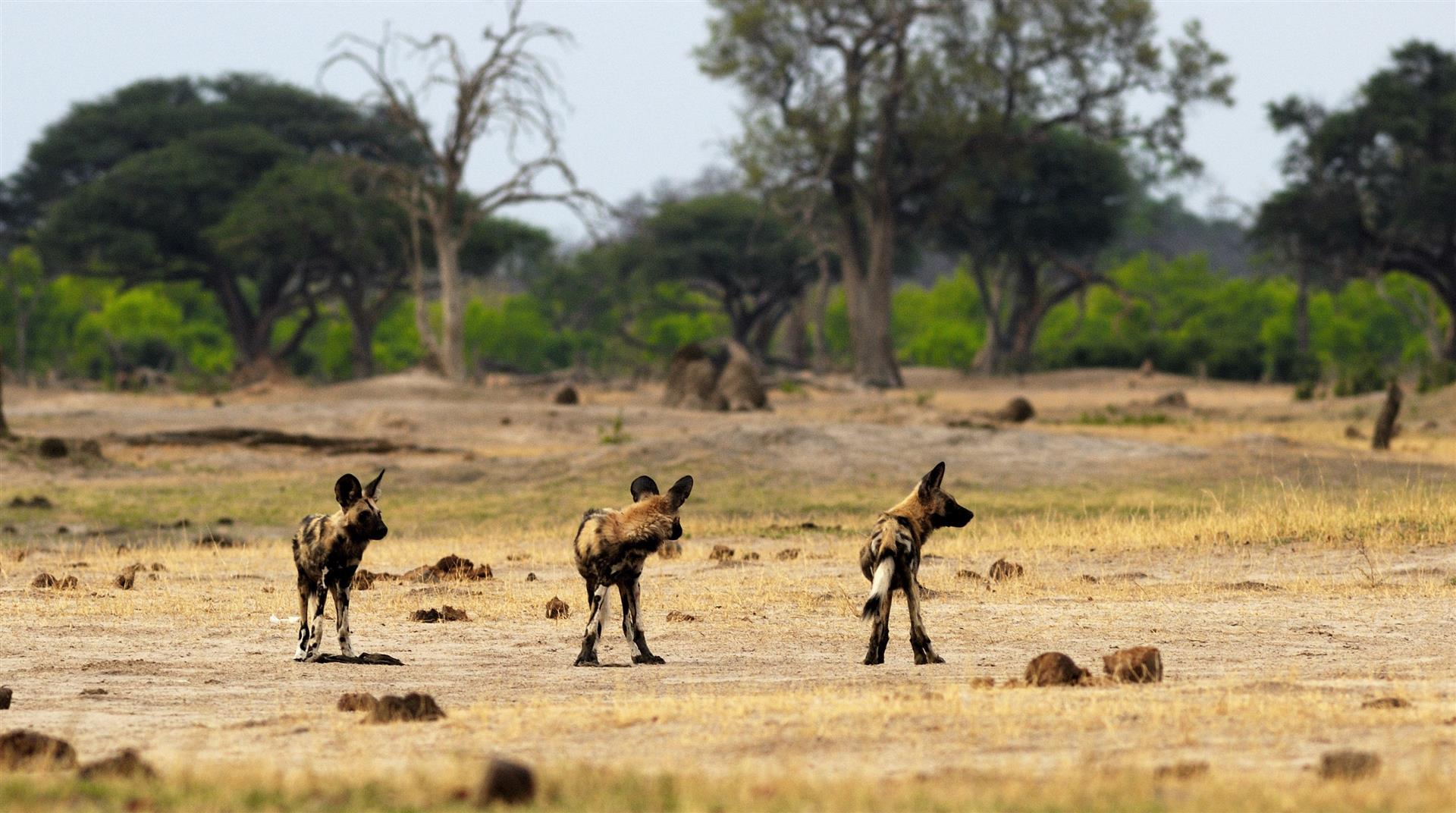 Zimbabwe has 16 official languages and, of these, Shona and Ndebele are the most widely spoken. Christianity is the predominant religion in Zimbabwe with the most common denomination being Protestant,  accounting for 82% of the population. Mwari is a traditional deity which has been worshiped for centuries by locals, an omnipotent being who created the Shona people.

The most popular traditional instrument in Zimbabwe is the mbira, which is small and hand-held and has been played for more than 1,000 years. This instrument is also commonly referred to as a ‘thumb piano’ due to its wooden board with staggered metal tines looking like the keys of a piano.

Due to the influence of colonial rule, British food staples have become part of daily life in Zimbabwe, including spices, breads, sugar, and tea.  Maize meal is the country’s staple food and many traditional foods are still made from it: Sadza (thickened maize meal porridge, rolled into a ball), bota Ndedzi (a wild mushroom soup), Mapopo candy (papaya candy), Dovi (peanut butter stew) and cornmeal cake. Beer is commonly drunk with Whawha being the traditional maize beer.

For the most part, Zimbabweans wear modern clothing worn the world over, but traditional wear is still very much a part of life, particularly for special occasions. Women traditionally wear beads and large-sized jewellery. Clothing is an indication of status and age. For example, married women wear blankets (stripes of green, red, blue, yellow and brown) around their shoulders, beaded hoops of twisted grass around their necks (isigolwani), copper and brass rings around their arms (idzilla) and some form of head covering. Men put on a breastplate made from animal skins, as well as animal skin head bands.

Zimbabwe provides some of the best game viewing in the world. With hundreds of bird species, the Big 5, and one of the largest elephant herds in Africa – it’s a safari fanatic’s paradise. The Zambezi River is home to large populations of crocodile and hippo and endangered species such as the cheetah and brown hyena can be found meandering Zimbabwe’s plains.

The best time to visit Zimbabwe is from April to October due to sunny days and cold, clear nights. The lack of rain during this time encourages wildlife to congregate around rivers, waterholes and lakes, making it a great time to see game. November through to April brings the rainy season and is a beautiful time of year with afternoon electrical storms. Peak season is from July to September due to prime wildlife viewing, great white river rafting and canoeing on the Zambezi River. 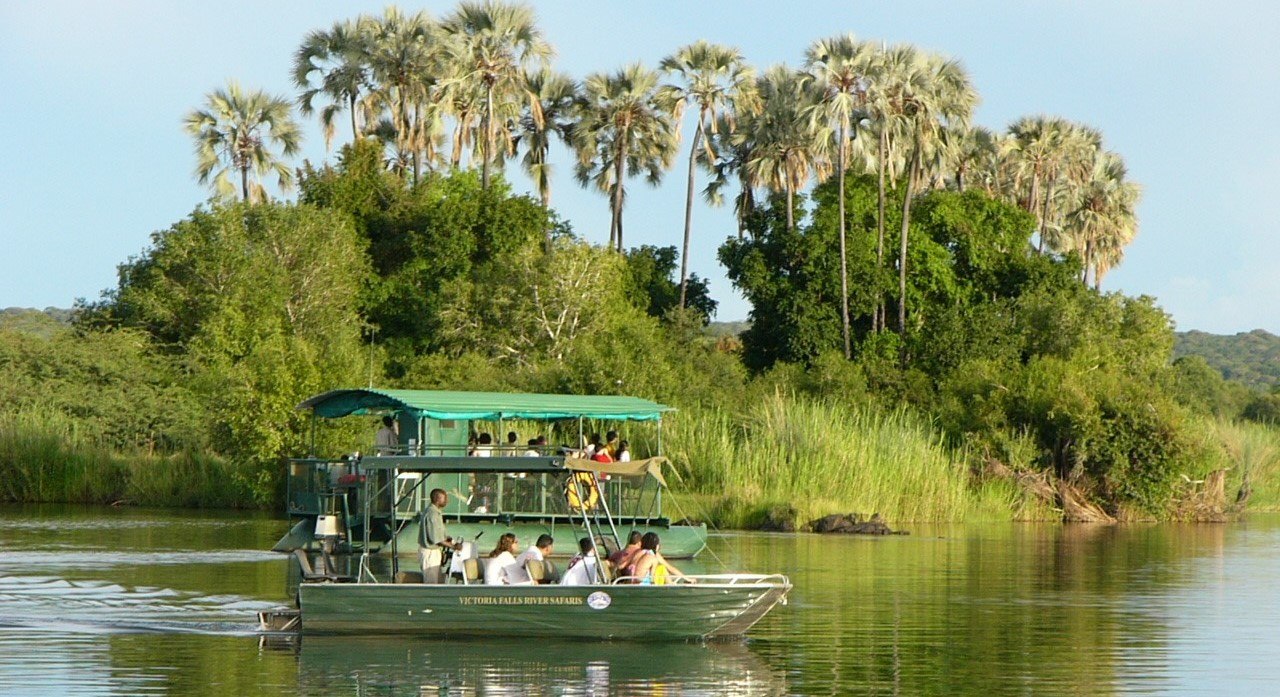 Damming of the Zambezi River has resulted in the beautiful Lake Kariba, one of the largest artificial lakes in the world. The lake is known for its remote location, spectacular wildlife and tranquil waters. It is also famous for houseboat holidays and tiger fish angling trips. 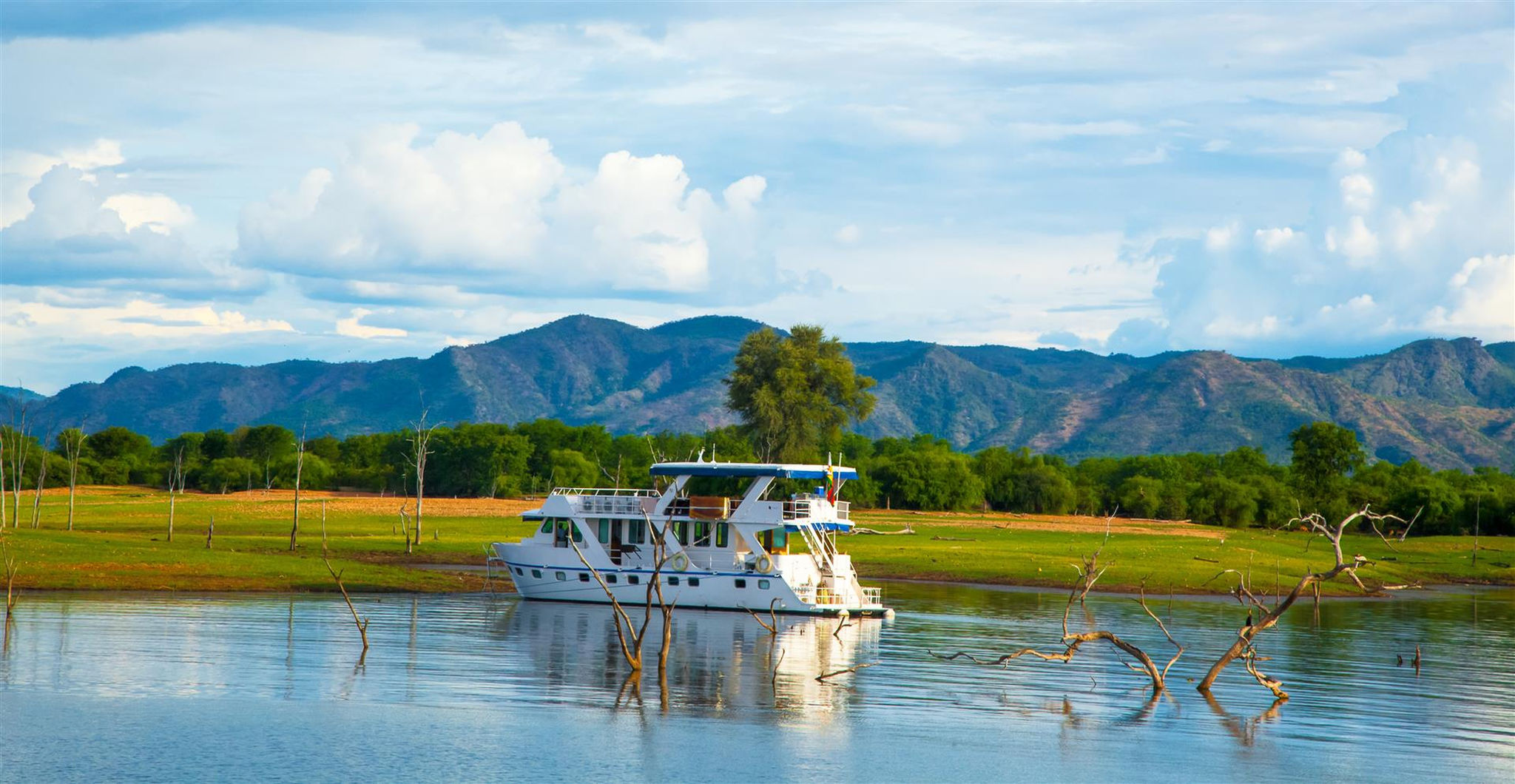 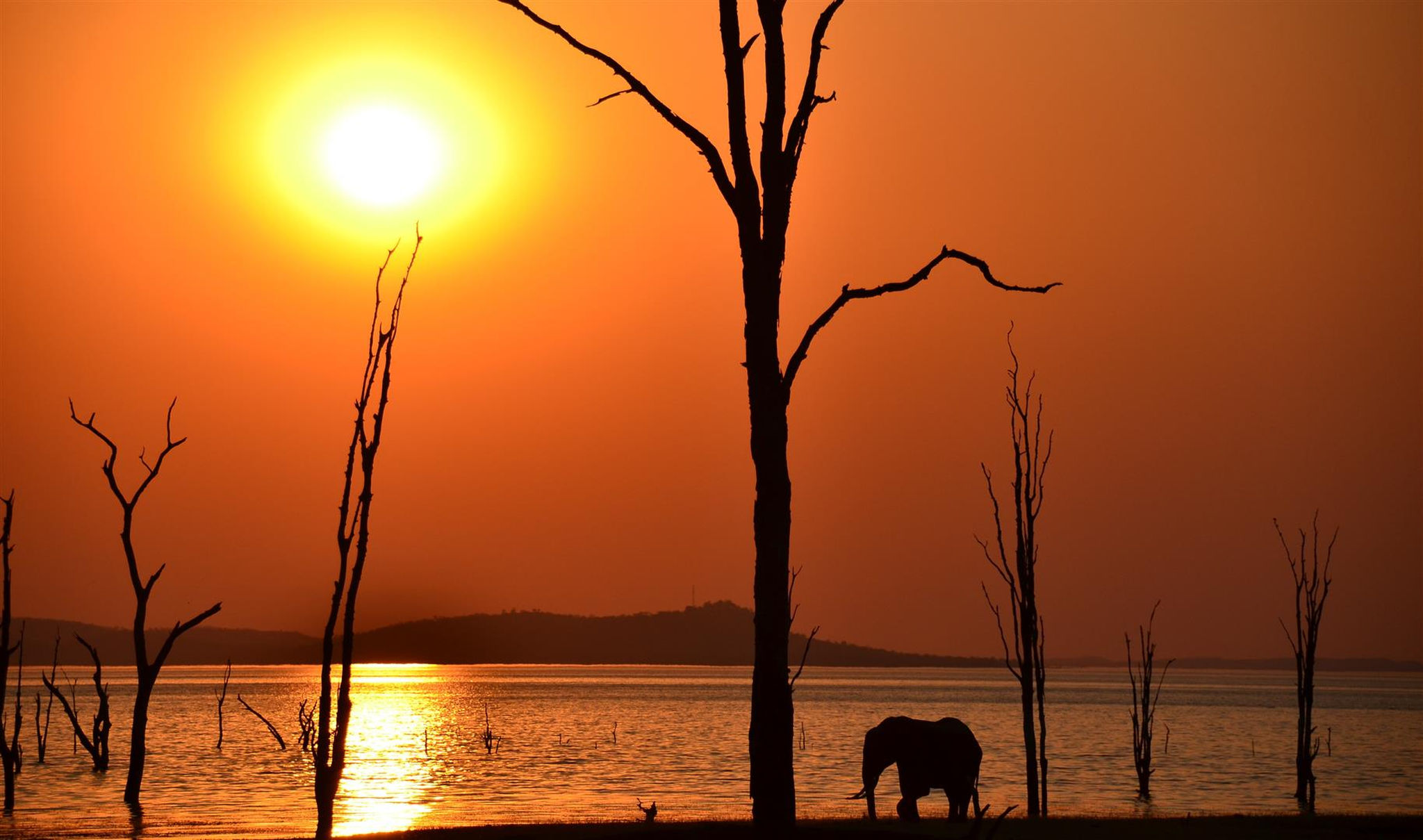 There are three main international airports in Zimbabwe: Harare, Bulawayo and Victoria Falls (nearest to the Zambezi River). Harare International Airport is serviced by British Airways, South African Airways and Emirates,  making it one of the easier airports to fly into. Smaller runway airports are scattered around the country with chartered flights to the more remote game reserves.

Check out some of our top accommodation pages here: 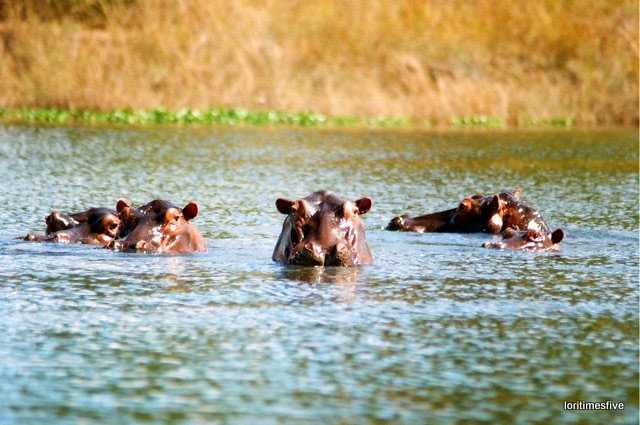 The Zimbabwean Dollar (ZWD) was suspended indefinitely in 2009 and now the accepted currency is USD and ZAR (South African Rand). It’s possible to exchange money at any bureau de change, banks and hotels in Zimbabwe. People often don’t have change and so it is advisable to carry small denominations on you. Zimbabwe is currently experiencing a shortage of US Dollars cash and therefore you may not always be able to withdraw the amount of bills you require.

A visa is required for most people entering Zimbabwe, except for nationals from certain countries. Check with your nearest embassy or consulate to find out if your country of origin applies. Single-entry and double-entry visas may be granted at border posts and airports upon arrival – ideal for people travelling between Zimbabwe and Zambia.

Before you go on a trip it is important to consult your doctor or travel clinic. That said, a vaccination against malaria is recommended. If you are entering the country after visiting a yellow fever area you will also be required to produce a yellow fever vaccination certificate.

Our consultants at Rhino Africa have been to Zimbabwe many times and are happy to answer questions or help tailor your trip.