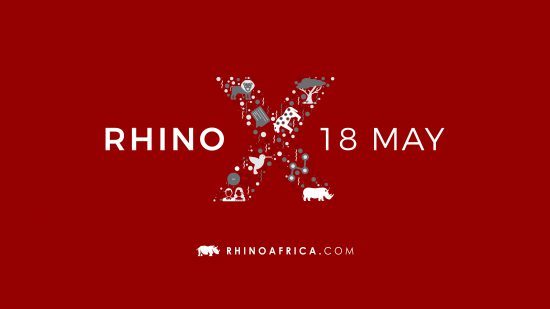 People expected another stuffy tourism Indaba – but they were wrong. Rhino X, a first of its kind, proved to be a remarkable coming together of minds and hearts and was a resounding success!

In Africa, it’s not about what you know but who you know – well, probably a combination of both. When you’ve worked with icons of tourism for as long as we have, they become not just friends but family, the kind of family you can call up on the phone and invite over for a hearty and honest gathering. As leaders in our industry, we dusted off our little red book and hit up our most trusted and treasured partners for an inspo-sesh of epic proportions where we discussed our collective impact on a continent that’s given us so much beauty and memories.

40 of Rhino Africa’s top suppliers, representing a total of 253 lodges, hotels, camps, and logistical services – and collectively 6000 beds and 1.2 million bednights per year – were in attendance. These movers, shakers, innovators and titans of industry together employ about 25,000 people and impact the lives of about 250,000 Africans. The Rhino Crash got a chance to engage with each and every single one of them, to learn more about what drives them to excel. In turn, they got a glimpse behind the red curtain and met the heart and soul of the renowned Rhino machine. 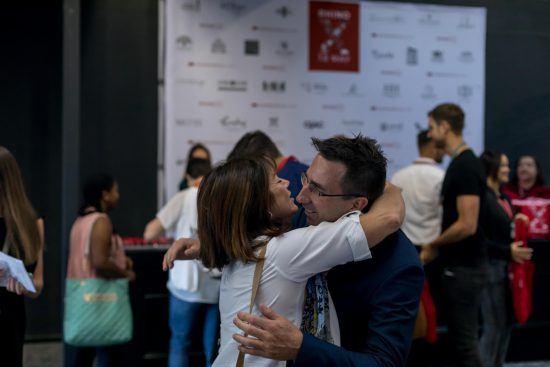 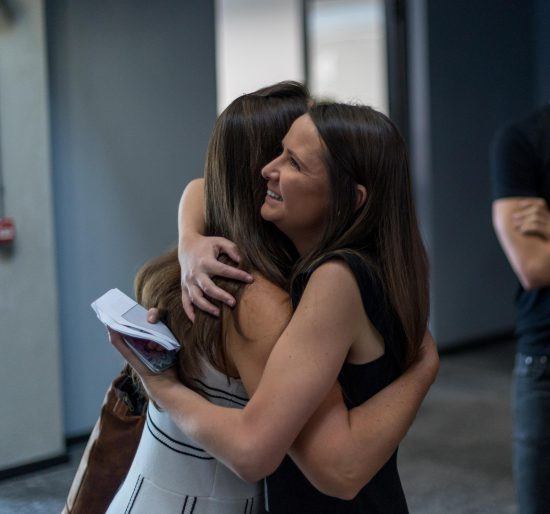 We promised a bond-sesh and we delivered 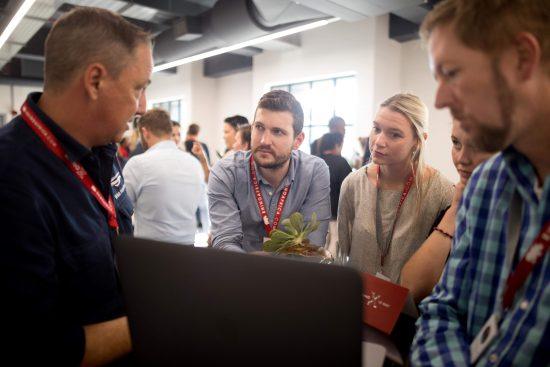 We exchanged ideas on how to elevate African travel

At the heart of Rhino X was the desire to find the “why” of Africa; why we love it, why we are captivated by its beauty, why we’re so passionate about showing it off in all its glory and why we need to ensure that it endures for generations to come. We sought to find ways to shift mindsets in the industry towards a sustainable direction where the continent’s treasures are foremost. To get a feel of the day’s excitement, watch the video below:

Leaders of industry and inspirational speakers gave us a new perspective on our role in tourism and the legacy that we can leave behind. First to speak was our very own founder and CEO David Ryan whose unabashed passion for the African continent led him to transform a kitchen-table idea into a game-changing force in the travel and tourism industry. 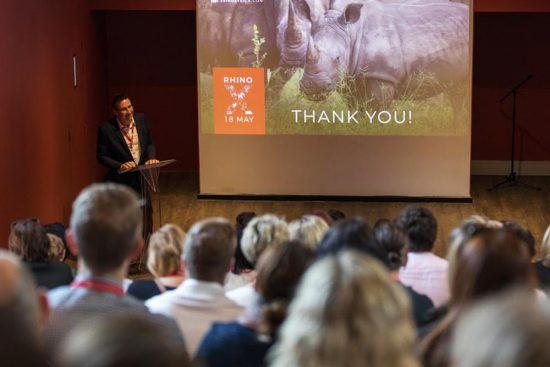 More than just another tourism Indaba, it was an opportunity to be inspired

“Tourism is Africa’s great hope,” David said, citing findings by the United Nations World Tourism’ Organisation which state that every 7 visitors brought to Africa creates one sustainable tourism job which can benefit up to 10 people. He reminded us why we need to be on the forefront of efforts to preserve and empower Africa’s greatest assets – her people, places and wildlife. His powerful speech can be viewed in its entirety here. 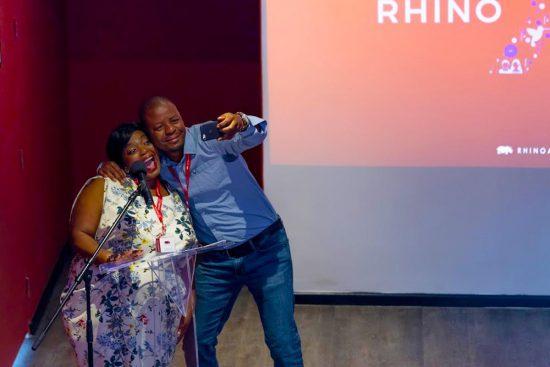 The formiddable Beks Ndlovu with Rhino Africa’s own Tumi Malatsi

He was followed by the inspirational Mbeks Ndlovu who, from his humble beginnings in rural Zimbabwe, went on to build African Bush Camps, a thriving safari company that explores and revives previously undeveloped concessions in wildlife areas. Mbeks spoke on the importance of seeing the potential and magic in remote areas on the journey to growing the tourism industry. Click here to view his full speech. 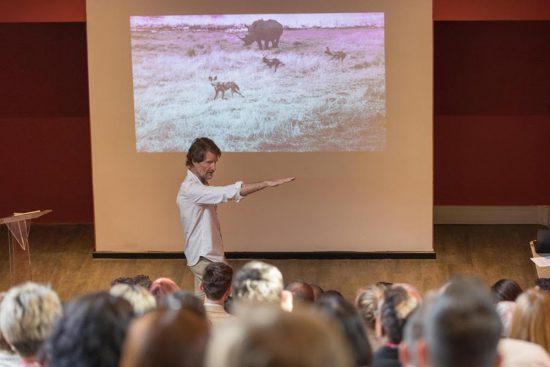 Colin Bell, co-founder of the renowned Wilderness Safaris, which has operated for over 30 years in Africa’s most remote and wild places, enthralled with his impassioned speech on the beginnings of the African safari and the unbelievable work being done to save the endangered Rhino among other vulnerable species. Click here to hear all about his fascinating journey. 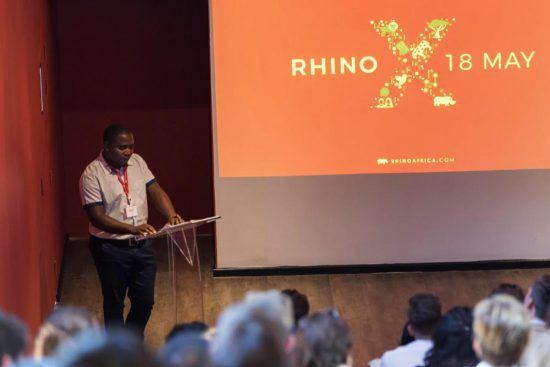 Paris Moeng will bring tears to your eyes with his moving speech about the transformative power of education and access in rural African youth’s lives. This inspirational speaker went from being unemployed and unskilled to being a qualified Technical Support Engineer working from the Good Work Foundation‘s Hazyview Digital Learning Campus. Click here to be inspired by his speech.

This exchange was central to the premise of Rhino X; a celebration of our tourism partners and a sharing of ideas, inspiration and encouragement towards leaving a tangible and lasting legacy in Africa. To find out more about Rhino Africa’s impact and the work we’re doing towards this vision, download our comprehensive Impact Report.

In true Rhino style, we closed things off with an unforgettable party at our decked-out HQ. A day of inspiration made way for gin and jams, scrumptious oysters and celebrations that went into the early hours of morning. Though our heads and knees ached the next day (never challenge a safari guide to a dance-off. Ever) we’re already itching to do it all over again. For a peek at the festivities, watch the video below: 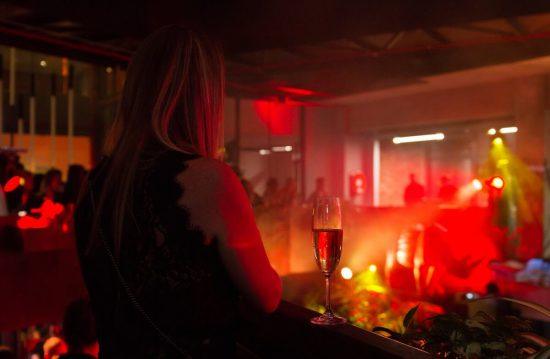 Flashing lights. Oh what a night! 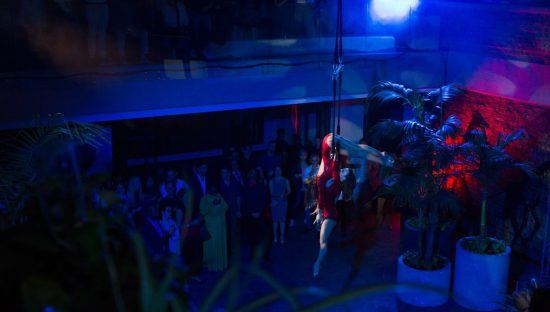 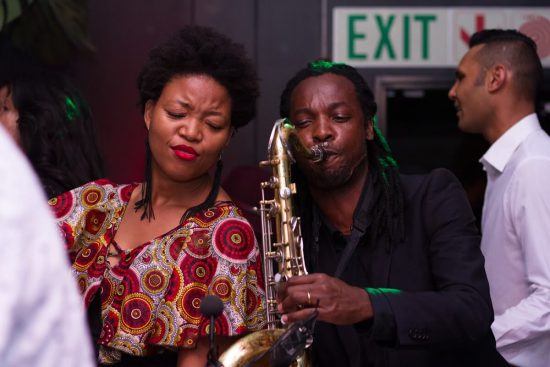 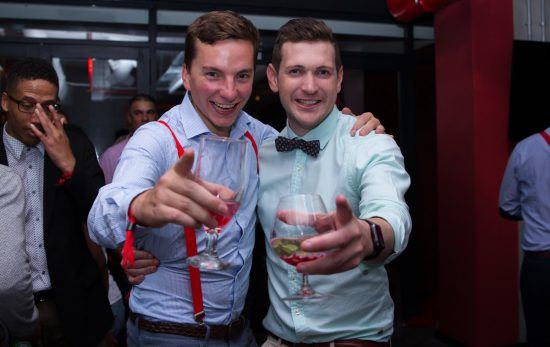 Here’s to seeing YOU at the next Rhino X