A Taste of APOTY’s Top Entries

The competition for Africa’s Photographer of the Year heats up as several astounding photographs make their way into the top selection for our Wildlife Portraits category. These photographers have worked very hard to make it through our multi-stage selection and have earned themselves a mention.  APOTY is one of the most prestigious competitions in Africa, designed to enlighten the world about Africa’s diverse natural splendour.

Anyone over the age of 18, worldwide, can enter their best photographs according to the category that’s currently open. The grand prize for our finalists is a nine-day stay at three luxury African safari lodges valued at a staggering $32, 000.

All year we have opened up different categories, selecting a winner from each. All of these winners are entered into the final round of voting for Africa’s Photographer of the Year. Previous themes in the competition include Cape Town, The Big 5, Africa Through My Lens and Wild Africa. You’ve seen previous entries from the Wildlife Portraits category, featuring our big cats, now behold some of the other magnificent creatures on display during an African safari.

The Early Bird Catches the Scorpion 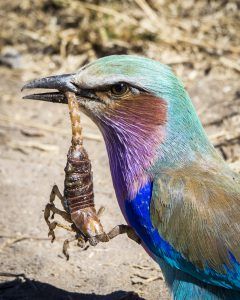 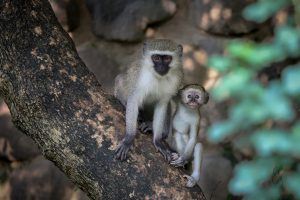 A mother and baby monkey pose for the camera
Photo Credit: Gina Nelson

A Unicorn of Sorts 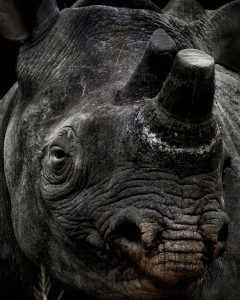 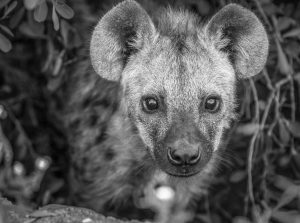 A hyena peers out in the dark
Photo Credit: Michael Raddall

It’s All About Symmetry 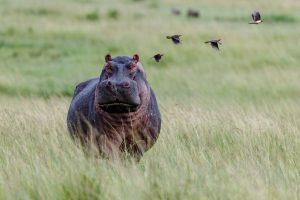 A hippo looks ahead while ox-peckers fly away
Photo Credit: Thorsten Hanewald

These and many more entries can be viewed on the APOTY website where the grand prize is also detailed. Now that you’ve gotten to know some of the less sought-after creatures of the wild, why not take some of your own photographs and enter one of our categories while the competition is still open?