My Maritzburg to Midlands Meander

Whilst visiting my grandmother in Pietermaritzburg, I found myself on a mini midlands meander. In three days we were able to get taste of the sites and sounds of KwaZulu-Natal without venturing too far out of town. Starting off in Blackridge, a small suburb of Pietermaritzburg, we packed my grandmother’s car with a few snacks from the farmer’s market we’d visited the day before and drove off through the lush tropical surrounds, still partially populated by the Zulu culture. 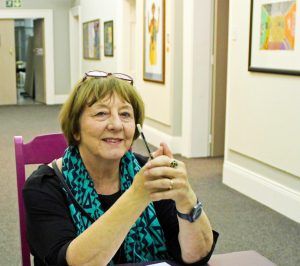 My grandmother at the Tatham
Photo Credit: Megon Venter

We arrived at the orange brick building in central Pietermaritzburg, opposite the city hall. We exited the parking lot and crossed over the line where thousands of runners start the Comrades Marathon every year.

Having studied art at Stellenbosch University, my grandmother has always loved creating things, despite her modest attitude towards her own work. Her days are filled with endless tasks at the Tatham Art Gallery, which houses some of the country’s most precious artworks. The gallery also showcases work from local grade 12 students annually, boosting the need to blossom young creative talent. 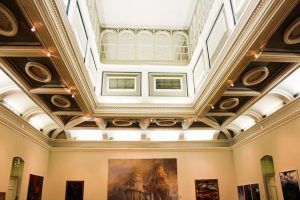 Ardmore Ceramics features pottery that is all hand-crafted by members of the local community who have been given jobs by the studio, making and selling their own pieces. My grandmother owns a few of Ardmore’s first pieces, now featured in a coffee table book that is widely available and showcases their collections. Being a friend of the woman who first started Ardmore, she was keen in wanting to pay the ceramics studio a visit. It is now known as one of the top tourist attractions on the meander as the pieces are each unique and thereby valuable.

My grandmother mentioned that she had never been to the Capture Site as it’d only recently been constructed as a tourist site, so we decided to make a stop there. We walked along the road towards the monument, only recognisable as Mandela’s face from a certain angle. The artist who made the monument had steel beams laser cut according to a pattern on a machine in order to arrange it to make an image. 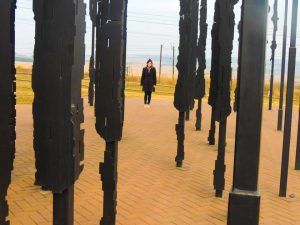 There’s a new museum on the property which gives a brief account of Mandela’s life and the events leading up to his capture. The place has a slightly somber air but it’s still a worthwhile visit for gaining a deeper insight into South Africa’s heritage. We also discovered that the site makes efforts to uplift the local community by providing jobs operating the museum. 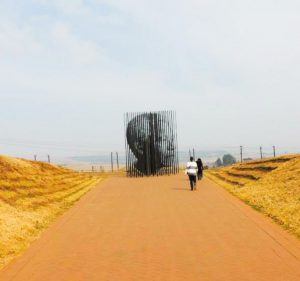 The Piggly Wiggly is a modern country roadhouse with farm-style touches and rustic activities. There are several shops built around a large open space that doubles as a children’s play area. We browsed through a second-hand bookstore that houses a vast collection of Africana and I picked up a book titled “The Reminiscences of Georgina George”. The autobiography recollects living in Cape Town in the 1800s when grand colonial dresses were paraded on Long Street alongside traditional tribal splendour. 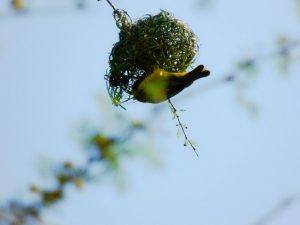 Other crafts and collectables included pottery, notebooks and artworks. After we’d walked around for a while, and decided against joining some children in decorating candles, we sat down for some soup at the restaurant. A quiet smile between the two of us, we enjoyed our meal and savoured the trip we’d made.

Do you want to go on your own midlands meander? Browse through one of our KZN tours for more African travel inspiration.

Booking your African Safari with Confidence during Covid-19