The Cape flower season is a natural explosion of colour where a plethora of wild flowers bloom, covering the once green fields. Most of the flowers are generally best viewed in their full glory between August and October before they either wither and start the process again for the following year, or they’re eaten by one of the captivating creatures roaming through. Read our list below for just seven of these magical flowers you may see on your flower-snapping expedition. 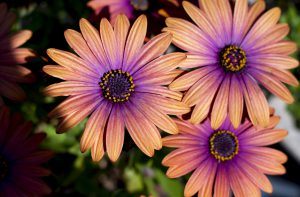 The petal shapes of the daisy are called “ray florets” and they appear naturally in various colours as the result of hybridisation among subspecies. These little wild flowers are easy to grow yourself but are much more satisfying viewed out in their thousands in nature. Being sensitive to overexposure to the elements, the Cape daisy or African daisy generally flowers from August to October in the normal height of the flower season.

Where to Find Them: West Coast National Park 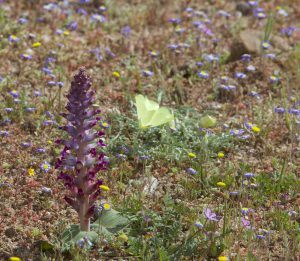 Some species of Lachenalia are found as far as Namibia but tend to be abundant on the West Coast of South Africa. These strange little plants flower on sea-facing dunes that rise above the water level. Their fairy-like tubes generally turn several shades of purple or red, depending on where they are growing.

Where to Find Them: Tienie Versveld Wildflowers Reserve 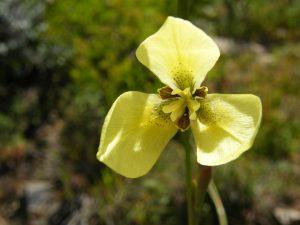 The Moraea genus was named after the English botanist Robert More but the species most commonly found in the Cape area is the Moraea bellendenii, coined by John Bellenden. Frequented by monkey beetles, these blooms shed their pollen onto the backs of these tiny insects, thereby transferring it to other flowers. These generally flower for only a short period and can be seen as late as October to November.

Where to Find Them: Darling and Plettenberg Bay 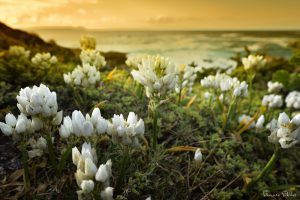 Flowering from October right through to February, the Ornithogalum thyrsoides (or star of Bethlehem) is endemic to the Cape and can be found growing abundantly by the seaside. These wild flowers may be hard to reach as they grow from bulbs, creating a network of flowers that can attach themselves even to less stable soils.

Where to Find Them: Namaqualand, Cape Peninsula, Caledon and Agulhas Plain 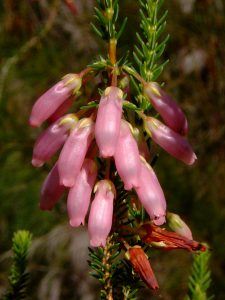 With 690 species endemic to South Africa, the Erica genus is also known as the “Cape Heath” as it bears characteristics of European heather. Pictured above is Erica Mimmosa, a subspecies of this genus and one of the largest in the Fynbos kingdom. These plants tend to show colour for most of the year and are pollinated by sunbirds when flowering.

Where to Find Them: Caledon and Swellendam 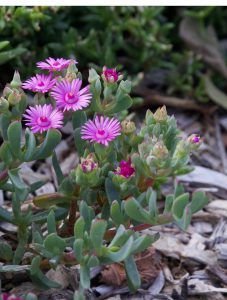 These blooms are crisp to the touch and are commonly known as stone plants because of their thin and papery appearance. They can also be seen cropping out of cracks in the rocks. Their flowers open to let insects pollinate them when the sun is fully out but as soon as it starts to set, these blossoms close again.

Where to Find Them: Kirstenbosch National Botanical Gardens, Vredenburg and Saldanha 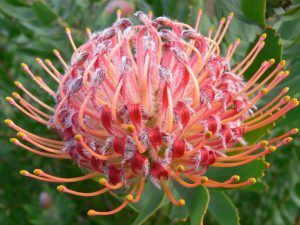 Blooming between July and November, the pincushion is a part of the Cape Floral Kingdom, attracting many birds to its sticky nectar. These wild flowers are native to South Africa and are naturally seen growing on the slopes of the Cape’s many mountains. They are protected but Proteaceae (or sugarbushes) growing in the wild are still vulnerable to the amateur flower trade.

Where to Find Them: Kirstenbosch National Botanical Garden

Venture out to explore the wild flower region with our helpful guide detailing the best spots to view the Cape’s flowering season. For further information about the Cape’s many seasonal activities, visit our page on When to Visit Cape Town. Make your visit this flower season a sustainable adventure – remembering that these flowers are sensitive and should not be picked but rather enjoyed for the magnificent spectacle that they are.