5 Things You Didn’t Know About Johannesburg

Affectionately known in South Africa as the “city of gold” or eGoli, Johannesburg began as a gold mining endeavour. The city is densely populated, showcasing uniform cityscapes in the centre of town but just outside of the CBD, you will find rich cultural and natural sites. Johannesburg was also a platform for political events in the history of South Africa, with the beloved Nelson Mandela having lived here in several locations. Here are a few more facts you may not know.

1. Home to the Cradle of Humankind 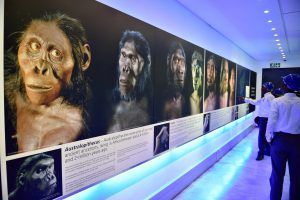 The Cradle of Humankind is a World Heritage Site consisting of Maropeng and the Sterkfontein Caves. These two sites have revealed several fossils and evolutionary evidence that life began in Africa. Move through the visitor centre to uncover a wealth of anthropological, geographical and archaeological knowledge. These finds include the recent discovery of “Lucy”, a missing link in the theoretical evolutionary chain, unearthed by local scientists. 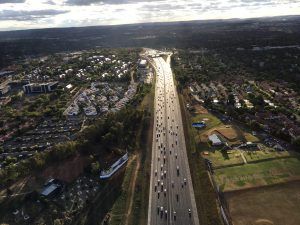 According to geographical evidence, the greater Johannesburg area was struck by a meteor in prehistoric times which forced large gold deposits deep underground. Here the gold lay until settlers began a fairly recent excavation. Wealth accumulated here as a result, and the city is still regarded as the richest in the country, drawing much of the overall business.

3. Place of the Constitutional Court Inauguration 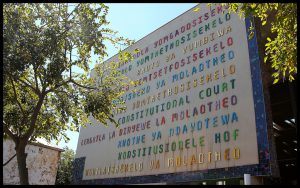 In the suburb of Braamfontein, a court was inaugurated on Constitutional Hill. The picture above shows “constitutional court” written in the nation’s 11 national languages. South Africa’s constitution is widely regarded as one of the most democratic in the world. 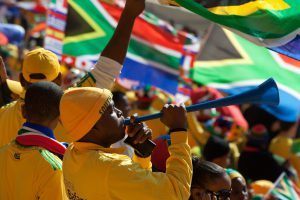 A proud moment for the history of South Africa is the 2010 Soccer World Cup. The buzz of the event heightened during the final match where Soccer City in Johannesburg filled up to the brim with supporters. The vuvuzela, pictured here, is seen as the symbol of South African soccer fanaticism.

5. Thought to be the Largest Man-Made Forest in the World 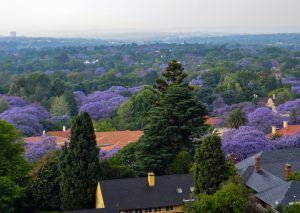 Although there is no actual forest in Johannesburg, the city consists of over 10, 000, 000 trees! The effect is even larger than that of urban “lungs” such as Central Park in New York City. Although at first accidental, the amount of trees in the suburbs of this city have expanded to the surrounds with plans to completely populate the area of Soweto with greenery as well.

Are you surprised by these revelations about Jo’burg? Many of our tours stop in this historic city, allowing you to explore these lesser known parts and look at it through a new lens. For more, read our guide detailing the excellent restaurants in the city of gold.