The Shona people of Zimbabwe are a diverse ethnic group with a rich history and fascinating culture. A majority tribe in this Southern African country, they make up 80% of its population though they can be found in Botswana, Mozambique, Zambia and South Africa as well. Many visitors to this gorgeous nation, a popular safari and holiday destination, remark on the warmth and hospitality of its people. With this in mind, we’ve collected a few interesting facts about the group you’re most likely to encounter when on your visit there.

P.S. On your next trip to Zimbabwe, be sure to engage with the locals you meet to learn more about their respective cultures. You will discover that even among the Shona (as it is with many tribes throughout Africa) there are manifold sub-groups with contrasting practices and shifting mythologies, not to mention the ever-evolving, multi-dialect nature of the language itself. In many ways, there isn’t a single, pure way to be Shona so the below may vary.

1. They Are Known For Their Sculptures

The ancestors of the Shona built great stone cities in Southern Africa over a thousand years ago. It’s no wonder that this inheritance has led to Zimbabwe being world renowned for its stone sculptures. Among the Shona, sculpting is not only an art but a means of expressing the relationship between the physical and spiritual worlds. Through this skill that’s passed down through generations, sculptors are able to explore legends, ancestry, belief and even the human condition, as exampled by Samwell Chriume, who’s pictured below with one of his works. 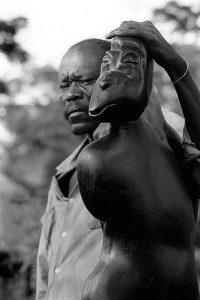 Stone sculpture emerged in Zimbabwe in the early sixties and the sculptors of that time, such as Thomas Mukarobgwa and Joram Mariga, were heavily influenced by Shona mythology with various interpretations of spirit mediums and guises. The indigenous stones available were a huge guide for the artists –  the popular ones were green, brown and black serpentine, opal, springstone, leopard rock, verdite, rapoko and red jasper. The work of new artists continues to evolve but remains culturally specific and representative of Shona belief and myth.

2. The Language Is Tonal & Not Too Difficult To Learn

The Shona language has several dialects including Korekore, Karanga, Ndau, Manyika and Zezuru. This poetic tongue is derived from the Bantu languages of Central Africa and shares words with Swahili, a language spoken mainly in East and Central Africa. The dialects spoken are a great way to determine people’s origins or the specific group they belong to.

In Shona, the vowel sounds do not alter from word to word and all words end in a vowel, which makes it one of the easier vernaculars to learn. A phonetic language, the way words are spelt easily indicates how they are meant to sound. Shona is also a tonal language with two tones, high and low, which are not indicated in its written form. 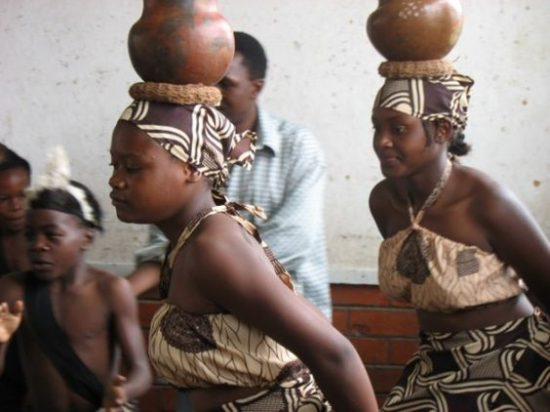 A nifty tricky when trying to learn the language is to pronounce each vowel (there are no silent letters or diphthongs in the Shona language), even when one follows another. For example, the word “kuudza” (to tell) is not “koo-dza” (which actually means “raise/respect”) – the proper pronunciation is, in fact, “koo-oo-za”.

3. They Have Compelling Belief Systems

Traditionally Shona people believe in Mwari (God) whom they believe should only be accessed through their ancestors known as “Vadzimu”. Interacting directly with the divine is considered disrespectful, which is why the mediation of spirits in necessary.

Vadzimu are the good spirits that protect the individual and lineage. Every family has its ancestors and there are ceremonies that are performed intermittently to appease and appeal to them – as in the case of the rain-making ceremony to prevent drought. Good spirits serve to protect and may inspire music, artistic ability or healing. They may, however, withdraw their favour if Shona moral ideals are neglected. 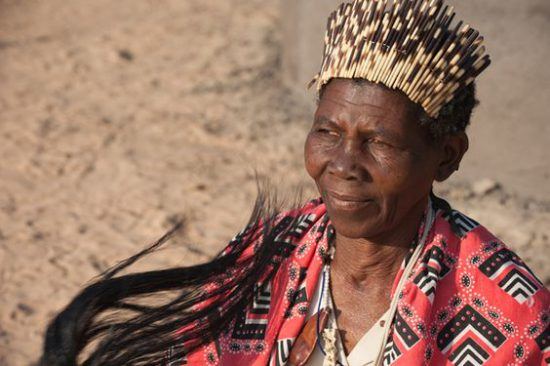 The Shona people also believe in “Shave,” evils spirits that are thought to cause calamities within the family. The Shave spirits are often considered to be wandering or “intrusive” spirits from outside the tribal territory and only the ancestors are able to remove them. It is also believed that when a person dies their spirit lingers and has an influence on the events of the family and community. Immediately after death, a spirit is thought to be unpredictable but in time it settles and becomes a guardian. In traditional settings, homes will have shrines to their ancestors where descendants can honour them and seek guidance. 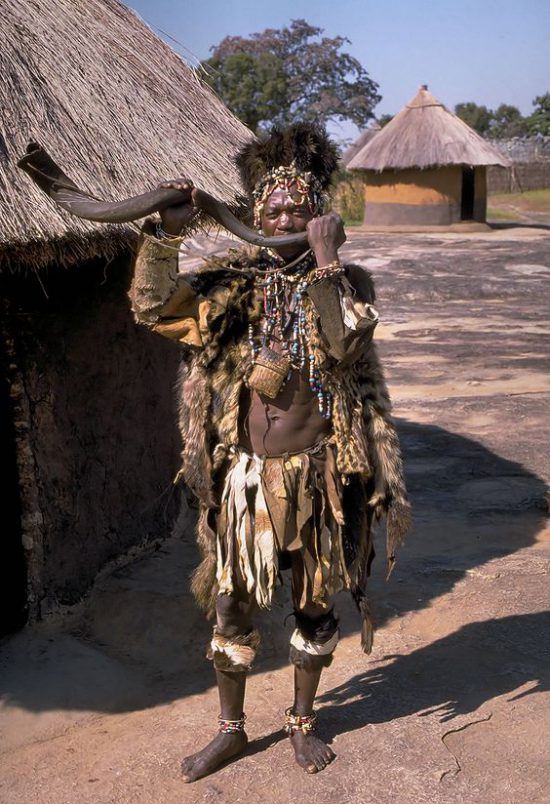 4. The Use Of Totems Is Significant

Among the Shona, people of the same clan use common totems. These are usually made of animal and body parts and indicate that people have a common ancestor. This ancestor would be the founder of the particular totem. When a person dies, someone from the same totem must initiate the burial and other traditional ceremonies. They are so important that Shona chiefs must be able to recite the history of their totem all the way back to its initial founder before they are sworn in.

Though the same totems can be found across several regions, people with the same one are not allowed to be in a romantic relationship or marry. 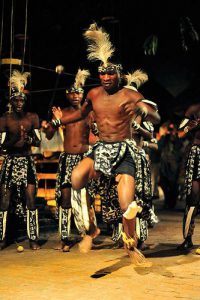 5. They Have An Incredible Creation Story

Though the details (names and sequence) differ from region to region and between groups, the Shona creation myth goes as follows:

God (Mwari) created the first man, Mwedzi (the moon) in a great depth of water. Mwedzi became lonely and yearned to live on land. Despite Mwari’s warnings, he insisted on being released to the earth. Once there, he found that the earth was indeed a lonely and desolate place and begged Mwari for a partner. Mwari sent him morning star (Hweva / Massassi) and the couple gave birth to all the vegetation on earth. After a period of two years, the lovers were separated, leaving Mwedzi desolate once again. He petitioned for another wife and was given evening star (Morongo / Venekatsvimborume) and together they gave birth to the herbivores and birds of the earth and then to boys and girls. Morongo also gave birth to wild animals and reptiles but then created a great sin when she mated with a snake. This snake eventually bit Mwedzi and made him ill. His illness marked the dawn of all human suffering.

50 responses to "The Shona People of Zimbabwe | 5 Fascinating Facts"

Where to Stay for a Family Safari in Mana Pools

The Incredible Wildlife of Zambezi National Park | A Lookbook