Getting to Nosy Iranja is no mean feat, and will take you the better part of a day. That is if Air Madagascar is by some small miracle running on time, but this in itself is part of the charm of this island paradise. Nosy Be might be an island, but it is still a 30 minute transfer from the airport to the port, followed by a 90 minute boat transfer past tropical islands and along Madagascar’s unspoilt northeast coast, with no developments or settlements as far as the eye can see. The day’s travels however are soon forgotten on arrival to the warm azure waters and white sandy beaches of Nosy Iranja.

Nosy Iranja is made up of two Islands, linked by a 1.2 km sand bank, which can be crossed at low tide. The smaller island – Iranja Kely – is home to Nosy Iranja Lodge and really is like no place on earth. It is by no means your 5 star game lodge with fancy bathrooms and heated plunge pools; to which we have become accustomed. In fact, both your electricity and water will be rationed, but it is the barefoot luxury we all dream about in a tropical Island.

I have had the privilege over the past decade to stay in some exceptional properties across both Africa and the globe. However, never before have I been able to sit on a beach and marvel at three enormous Green Turtles coming up to nest, as each has done for over 25 years on the same beach, under a sky filled with stars from horizon to horizon, and not one light to be seen for 360 degrees. 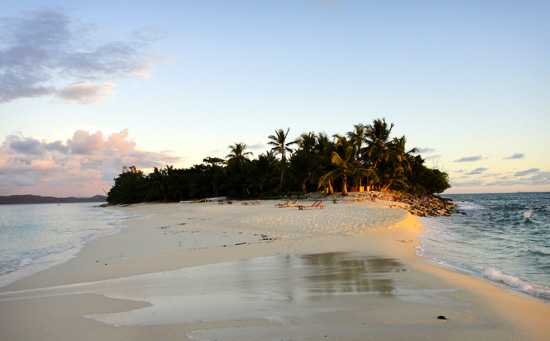 Nosy Iranja or Turtle Island, is the only Indian Ocean Island that is a nesting ground for two of the eight turtle species found in our oceans, namely the Hawksbill and Green Turtle. To witness these incredible animals nest is one thing, to watch a turtle nest burst into life is something quite extraordinary.  During our 5 night stay over Easter, we were witness to four nests hatching and watched in awe as over 250 baby turtles made their way to the sea.

The turtles of Nosy Iranja are reason enough to visit this tropical paradise, and while no true wildlife experience can be guaranteed, if you would like to be one of the few individuals on this earth to witness this spectacle, be sure to plan your holiday around either the Green or Hawksbill Turtle nesting and hatching seasons.

If the turtles are not enough to keep you entertained, there are plenty more activities on offer. On the adjacent island is a small community, take a scenic walk up to a lookout point where you will find the local school and a lighthouse designed by none other than Mr Eiffel himself. 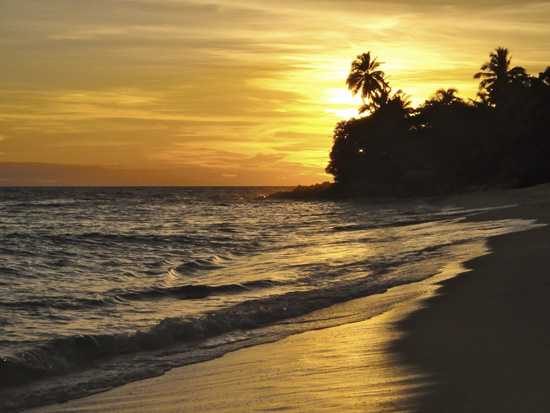 There is an array of free non-motorised activities to enjoy, from kayaking to pedal boats, windsurfing or even taking out the hobby cat. My favourite was without a doubt the snorkeling. While there are organised snorkeling trips to the lighthouse and shark tooth rock, both of which are fantastic, the snorkeling right outside the rooms is equally spectacular. While the corals aren’t plentiful, they are healthy, as is the variety, number and size of the fish. I have never seen so many large Unicorn and Parrot fish in all my years of diving and snorkeling. As someone that has been everywhere from Mozambique to Zanzibar, Mauritius and the Seychelles, I can confidently say the snorkeling at Nosy Iranja is truly superb.

Added to the snorkeling, Nosy Iranja has no less than 16 different dive sites, but much to our disappointment diving was unavailable during our stay. If the snorkeling experience was anything to go by, the diving can only be exceptional.

The non-motorised activities on offer at the lodge are fantastic. To kayak around the island or enjoy the pedal boats was amazing. Stop en-route for a swim at the beautiful south point or enjoy a snorkel along any of the reefs that surround the island. The kids that were on holiday at Nosy Iranja were certainly having the time of the life without any of the normal risks of speedboat activity.

You will also find a number of other excursions at the activities centre, including a day trip to Nosy Komba and Nosy Tanikely. At a cost of €550 if you are less than four people, or €138 per person for four or more people, the experience simply does not warrant the cost, and certainly does not complement the exclusivity that Nosy Iranja offers. But should you elect to go, you firstly need to prepare yourself for a two hour boat transfer both there and back. Depending on the boat used, you might be exposed to full sun, and thus if not prepared you may come back very burnt and bruised from the experience.

Having traveled two hours, essentially back past Nosy Be, you will arrive at Nosy Komba, which is basically another curio market with the same trinkets you can get in either Nosy Be or Antananarivo. Your primary reason for visiting Nosy Komba would be to see the few Black Lemurs at a local park, so unless you are desperate for some Lemur interaction, where you will spend no more than 20 minutes with the few Lemurs, together with every other visitor to Nosy Be, the experience really is not worthwhile.

From Nosy Komba, you will head to Nosy Tanikely, should you have booked to snorkel in this marine reserve. From my experience, I would caution you against it, because as a Nosy Iranja guest, the snorkeling doesn’t compare to that around Nosy Iranja itself.

Nosy Tanikely might be a marine reserve, and the corals are pretty, but the seabed is littered with damaged, broken and dying coral. As Nosy Tanikely is just a short boat trip from Nosy Be – and is Nosy Be’s primary snorkeling spot, you will inevitably share the small beach with the rest of Nosy Be’s visitors that didn’t opt for the excursion to Nosy Komba. The water quality is very poor, and visibility is not good due to the vast amounts of diesel pollutants released by the numerous yachts and boats that frequent this reserve.

The rooms at Nosy Iranja are great, although the bathroom amenities are not very comprehensive, so be sure to pack everything you might need. While the rooms might not win any design awards, they are well laid out, neat, clean, and with one of the most comfortable beds I have ever slept in. You will quickly make yourself at home in one of the 29 rooms at Nosy Iranja that are dotted around the island, providing both sunrise or sunset views, with both family and standard options available.

The food and service were wonderful. The staff are very friendly and helpful, although it is somewhat difficult to get by in English, so meals often resulted in a point-and-see lottery, which was always great fun and full of surprises. The food was however excellent, with a strong French influence, but a perfect combination of natural fruits, seafood and meats. 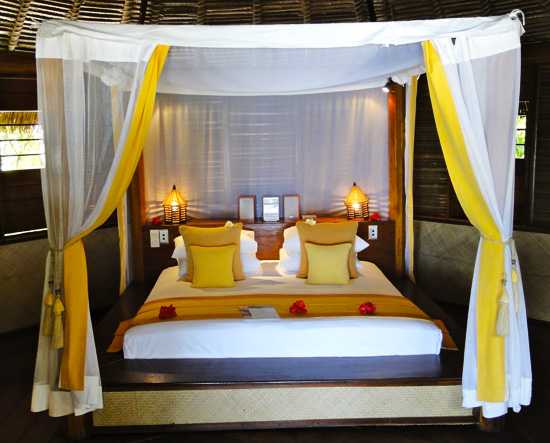 Nosy Iranja truly is a magical destination, suitable for everyone from honeymooners to families alike. Whether you chose to add Nosy Iranja to your African safari experience, or make it part of a great Madagascar itinerary, Nosy Iranja is not only a destination in itself, but a truly unique experience. There are two direct flights between Johannesburg and Nosy Be a week – Tuesday and Saturday

Contact Us to start planning your tailor-made holiday to Nosy Iranja and be one of the first to still experience this forgotten land, it’s mystical people, magical wildlife and unspoilt islands.

5 Reasons Why You Should Make Madagascar Your Next Holiday

Redefining Paradise on the Island of Mauritius