As the year comes to a close we’re in the mood for new year’s resolutions and looking back on the year past. On things we’ve done. On whether we did more good than bad. Here’s a stock of our Doing Good efforts this year – the bad stuff stays in Vegas, as they say…

Watch the Doing Good video below – look out for the new one coming next year.

We have been supporting the Khumbulani Day Care Centre for several years with monthly donations and it has been a pleasure to watch the centre grow and develop over the years. Each year we throw them a special Christmas Party, which this time we combined with their 10th Birthday Party, celebrated in the Khayelitsha town hall. Read more about the fun we had here. 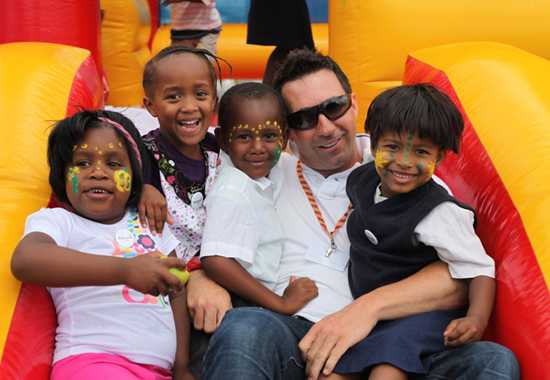 New on the horizon is our involvement with Madlala Digital Learning Centre – a pilot learning centre in partnership with a local high school in Limpopo’s Justicia community, next to the Kruger National Park. It brings online, interactive digital learning opportunities to disadvantaged communities. Students receive English, computer, leadership and music lessons each week, as well as talks by specialists and a chance to complete the International Computer Drivers Licence. They’ve already been approached with job proposals for their first graduates.

Thanks to your much valued patronage we were able to donate a percentage of our profits to Madlala this year – a total of R50 000, which led to further investment from SAB (South African Breweries) and other big hitters. The donation has subsidised the centre until it becomes self-sufficient and has paid for the education of several students who could otherwise not afford the fees. At Rhino Africa we believe in using tourism and revenue from it to uplift and benefit communities.

In July this year (seems like ages ago already), 12 humble riders conquered the mighty Namibian Desert to raise money for wildlife conservation and community upliftment in Africa. The riders endured a thrilling 330 kilometres through the harsh but spectacular landscapes of Namibia’s Damaraland, home of the endangered desert-adapted black rhino. The event was only possible because of the much valued support from suppliers and clients.

This year’s Challenge4aCause event raised a remarkable R658,062. This is how the funds were allocated:

• Save the Rhino Trust Namibia: R150,000. To fund critical anti-poaching units. We are proud that the last known poaching incident in Damaraland was in 1994. Challenge4aCause funding has enabled the Save the Rhino Trust to enhance security and improve rhino monitoring in Namibia.
• Good Work Foundation: R100,000. For the Madlala Digital Learning Centre based in the Justicia community.  Their mission is to bring online, interactive digital learning opportunities to local communities. This pilot project has lead to SAB and T-Systems funding the building of a large Digital Learning Centre in Hazyview. Building work is set to commence before year end. This incredible sponsorship is a direct result of Challenge4aCause’s funding of the pilot project.
• Wildlife ACT Fund: R160,000. This funding will be used to purchase equipment for their Endangered Species Monitoring Programme and their Rhino Relocation Programme. Follow them on Facebook.
• Khumbulani: R150,000. R85,000 to fund the purchase price and transfer costs of the property adjacent to Khumbalani. R10,000 towards teacher training – Gloria Bebeza and her team went to Philipollis in July for teacher training arranged by the Good Work Foundation. R23,000 general operating costs associated to the running of Khumbalani. R30,000 towards Khumbalani’s 10th Birthday celebration and their annual Xmas party.

• Participation Costs: R100,000. These are the participation costs of our suppliers which were sponsored through barter agreements and thus included in the total sum raised.

It was a great success for the group with riders from Singita Game Reserves, Ulusaba Private Game Reserve, the Royal Portfolio, and Tintswalo Lodges. Congratulations again to all the riders and thank you once again for your incredible support! We hope that you’ll be able to join us next year for what promises to be an even more incredible ride.

We hosted a World Rhino Day protest outside Parliament in Cape Town earlier this year. It was a great success in terms of the amount of press it garnered, the fact that we got the Democratic Alliance to make a presence and speech against rhino poaching, and the amount of supporters that pitched up in red to protest with us. Read more about the event here.

Rhino Africa is in a partnership with the Heritage Environmental Management Company – formed to create an ethos of environmental responsibility and sustainable development. We spent much of this year furthering this partnership and our green practices to make sure that we’re doing the best we can to be an eco-friendly company that benefits the earth and community. Read more about Heritage and Rhino Africa here. 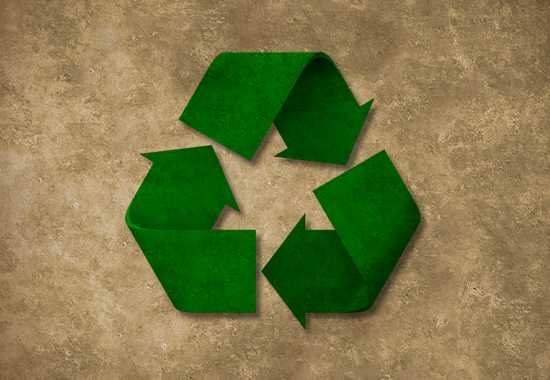 What we’ve been doing to ‘go green’


This year we launched a Green Committee, whose members each have various tasks in helping to further ‘greenify’ our company. We’ve been looking at ways to offset our carbon footprint – and that of our travellers – by planting trees to counter the greenhouse gas emissions. Among many things, we’ve implemented LED lighting and recycling bins; and designed and purchased new eco-friendly recycled bamboo USB flash drives to replace the rubber ones we once had.

This year we drew up a Rhino Africa Green Procurement Policy and Sustainable Vision Statement (which you can view on our website) and are also busy establishing a list of green standards for the suppliers, hotels and lodges we work with to find out more about what they’re doing for the planet. We’ll be implementing a Responsible Rhino Rating on our website to rate how responsible and sustainable the accommodations we recommend are.

In this way, the people who travel with us can be more conscious of the impact of their Rhino Africa tailor-made trips.

There is plenty more in the pipelines so keep an eye out for another update in 2012. For more on how to be a responsible traveller, visit Heritage’s site. That’s it from us. We hope you’re also doing your bit to conserve our Earth.

One response to "Doing Good at Rhino Africa"