Top 10 Things To Do in Madagascar

Madagascar is an island made up of mesmerising landscapes, bizarre wildlife, and endless hours of stories sharing the island’s fascinating history. This mysterious and unspoiled island off Africa is considered “the eighth continent” and if you’re in the mood for a new adventure then a trip to this spectacular island should be at the top of your list.

There is so much to do in this sunny corner of the planet, here are just a few ideas to get that heart racing, mind dreaming, and yourself flying (or sailing) straight to this island to experience it in all its natural glory.

Madagascar is home to over 200,000 different wildlife species with many of them endemic to the island. There is a wonderful mix of tropical, temperate, and arid climates around the island, which makes it a great place for a wide range of species and unique adventures.

Madagascar’s Hollywood-famous animal (thanks to that delightful animation named after the island) is the wide-eyed lemur. However, there are also other interesting creatures such as the fossa, tortoise, gecko, and chameleon. The brightly-coloured chameleons demand a stop and stare from visitors. The silky sifaka lemur, known as “angel of the forest,” is one of the rarest mammals on earth.

2. While away your time whale watching

Every year between June and October more than 7,000 humpback whales migrate from the Antarctic to the waters of Madagascar’s east coast to breed and calve. This makes for a truly fascinating spectacle.

Some of the best spots to see these magnificent creatures are between Baie d’Antongil and the channel separating Île Sainte Marie from the mainland where the water is a little warmer. There are boat trips on the go during this time so make sure you don’t miss out on this truly breathtaking experience.

Madagascan reefs are famous for their seemingly infinite collection of colourful fish and exotic corals. It also happens to be one of the only places in the world where you can dive with whale sharks.

Nosy Be, is a divers paradise thanks to all the other little islands surrounding it; Nosy Komba, Nosy Sakatia, Nosy Tanikely, and more. Expect to swim with manta rays, turtles, stingrays and during November and December whale sharks make an appearance, too!

4. Island hop from paradise to paradise

A scene from your wildest dreams! Jump on a catamaran and explore the tropical islands around Nosy Be. Although Nosy Be is one of Madagascar’s top attractions it still maintains an authentic sense of charm and untouched island splendour. 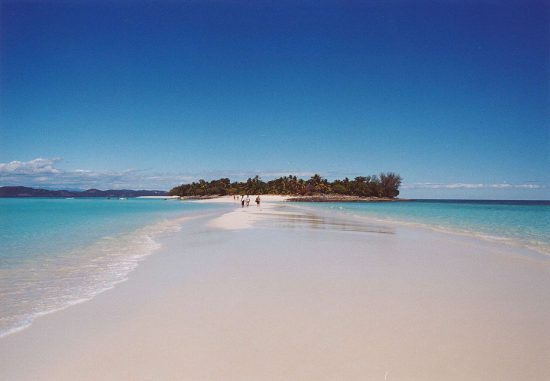 If you’re not one for swimming with sharks then fear not for Nosy Be is a haven for all kinds of idyllic island activities including snorkeling, sailing, swimming and ultimately soaking up the slow pace of an island lifestyle under the Madagascan sun.

5. Be enthralled by Baobab Alley

It’s postcard perfect, during the day and as the sun slowly disappears in the evening. Baobab Alley is a striking collection of baobabs that line a road in western Madagascar and is one of the country’s most iconic sights. It’s in the Menabe region in western Madagascar between Morondava and Belon’I Tsiribihina. It is also a hotspot for local conservationists keen to protect the striking environment.

The species of baobab are endemic to Madagascar and roughly 800 years old. It must be one of the most idyllic settings for storytelling time. Don’t forget your camera for this one!

6. Travel to another planet at Tsingy National Park

Also on the western coast of Madagascar, the peculiar Tsingy National Park attracts great numbers to its otherworldly landscape. This popular park is home to a staggering range of limestone needles. It’s a fascinating geographic formation that needs to be seen to be believed. This World Heritage Site consists of canyons, forests, lakes, swamps, gorges, and a whole lot of strange looking limestone.

The north of Madagascar has the type of regular winds that kitesurfers dream of. From March to December, Madagascar is an ideal destination for kite surfers. The two main spots are Anakao in the southwest and Babaomby and Sakalava in the north. 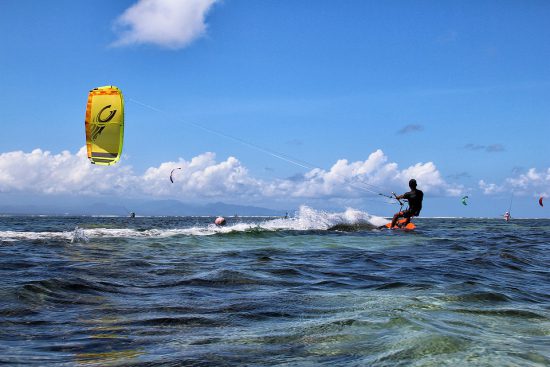 The southwest coast of Madagascar calls all surfers to its shores! This area is riddled with perfect reef and point set ups. The island is the fourth largest in the world and offers some great surf spots along its coastline. There are surf camps at all the good spots around the island. However, there are still locations left unexplored, so get there fast.

9. Witness the turtles of Nosy Iranja

Nosy Iranja is the only Indian Ocean Island that is a nesting ground for two of the eight turtle species found in our oceans, the hawksbill and green turtle. You can watch them nest and hatch here. 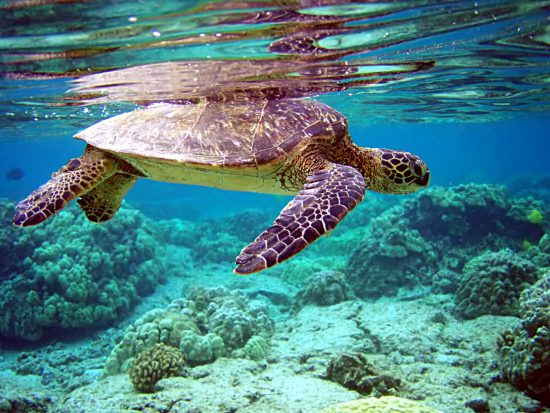 Not only is it incredible to watch the turtles nest in the sand but to watch the little ones hatch and scuttle to the safety of the ocean is another indescribable moment.

10. Immerse yourself in ethnic culture

Apart from the island’s stunning scenery and animal life, Madagascar has a magnificent diversity of cultures and traditions. With more than 18 different ethnic groups, the Malagasy culture is a colourful mix of African, Arab, and Indian origin with some of the friendliest locals in all of Africa.

Need any more encouragement to go to Madagascar? There are at least five reasons to make it your next holiday. Feel free to chat to one of our consultants to start planning an unforgettable trip.

The Impact of Covid-19 on Wildlife Conservation in Africa

My Safari Experience: Christmas at Londolozi