While exploring the wondrous country of Kenya, you may encounter the Maasai tribes that are found dwelling among the wildlife. Their deep connection with nature as well as their vast historical heritage with the land is absorbing to witness. Uncover the enthralling Maasai culture that has deep roots in the Kenyan plains, beside the African Great Lakes. 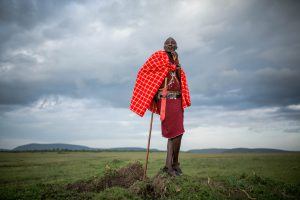 The dominant language among the Maasai is Swahili but because of globalisation, many of Kenya’s inhabitants have started to speak English. They use language as a means of continuing their oral traditions, weaving history from stories told throughout generations. 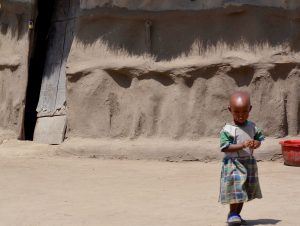 Historically, cattle has been kept as a symbol of wealth as well as a means of sustenance. Their need to produce food in the desert and scrubland has resulted in a semi-nomadic pattern of behaviour, shifting course if their natural resources dwindle. The Maasai people craft huts out of mud; they provide excellent insulation and protection but can also easily be recreated when the time comes to move. 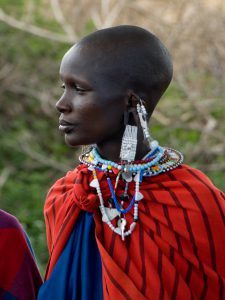 The Maasai culture is deeply rooted in mysticism, with beliefs in shamanistic healing and prophecy. Their rituals are conducted through chanting and dancing. They are known for “the jumping dance” where members of the tribe see who is able to jump the highest. It’s seen as a sign of strength. They also use the kudu horn to call out to each other, conduct ceremonies and ward off predators. 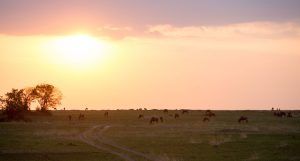 If a culture is defined by its appearance, the Maasai would leave a lasting impression. Their many piercings and extensive work with beads and other textiles paint a colourful picture. Practicing polygamy, the Maasai people view it as  prosperous to have as many children as possible. One’s position in the tribal setting as well as the privileges of women in the community depend on family size, amount of cattle and strength as a warrior. 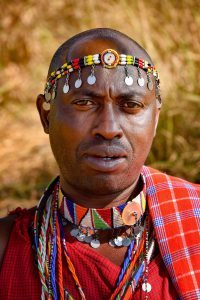 Regarded as some of the tallest people in the world, the Maasai were known for their fearsome reputation by other tribes. Their strongly patriarchal culture entrenches values of protecting the family above all and fighting with honour. They also practice a ritual of initiation where boys of the tribe are inducted to become men. The same is done for the women but is not regarded as having the same intensity as a rite of passage.

The Maasai culture is an integral part of Kenya, living in the wild just as they did centuries ago. With the support of many of the national parks, you are able to visit these cultural villages, connecting with the heart of the people. Read more about fascinating African tribal traditions practiced all over Africa.