You’ve binge-watched and rewatched all the movies you can find. Now what? Well, there’s nothing quite as thrilling as watching the best Africa wildlife documentaries – especially given the fact that you can’t travel to Africa right now.

Grab the popcorn, settle in and enjoy a movie marathon of our favourite wildlife documentaries (in no particular order). 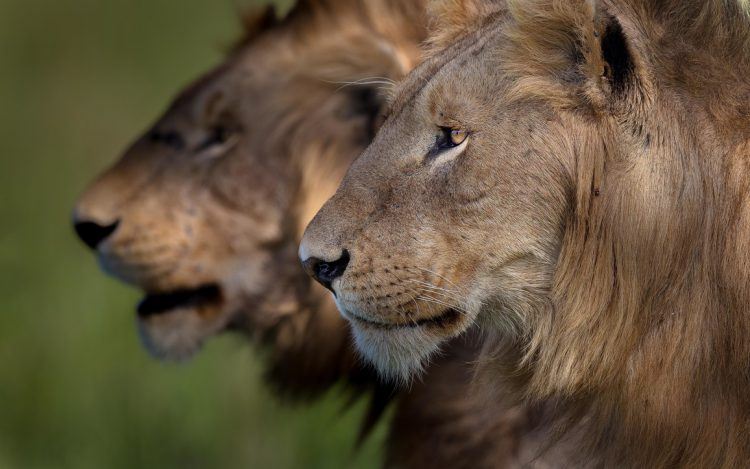 1. Eye of the Leopard

This documentary follows the daily life of a female leopard called Legadema – from the age of only eight days old until she is three years old. This fascinating tale of survival takes place in the Mombo region of the Okavango Delta in Botswana.

This award-winning documentary by executive producer Leonardo DiCaprio tells the story of a brave group of people fighting for a better future. It is filmed in Virunga National Park in the Democratic Republic of Congo, one of the most biodiverse places on the planet and home to the last remaining mountain gorillas.

A thrilling piece of investigative journalism, the documentary follows a team of park rangers who fight to protect this precious space and its species from militia, poachers and others trying to overtake and destroy the natural resources.

Showcasing the power of a mother’s love, it follows a lioness called Ma di Tau as she fights to protect her cubs. This documentary was filmed by famous filmmakers, Dereck and Beverly Joubert, and has reaped many awards over the years. It also shines a light on the sad reality that lions are disappearing from the wild at an alarming rate.

Three prides of lion and over a thousand buffalo reside in Duba Plains, Botswana. This documentary follows their hunting and survival battle and will keep you on the edge of your seat!

5. Vanishing Kings – Lions of the Namib

Filmmakers Will and Lianne Steenkamp teamed up with scientist Dr Philip Stander to follow a certain pride of desert lions in the Namib desert of Namibia. It resulted in an incredible documentary illustrating the pride of young male lions’ journey to adulthood and methods of survival in the merciless desert.

This heart-wrenching yet hopeful documentary follows a wild dog called Solo who lost her entire pack to lions. Follow her journey of unlikely friendships and interesting plot twists.

Another one by the power couple of film making, Dereck and Beverly Joubert. This time they delve into the mysterious and gentle characters of elephants, highlighting their self-awareness and how they deal with death.

Although not only focused on Africa, this Emmy award-winning documentary voiced by Sir David Attenborough is a must-watch as it shines the spotlight on environmental issues and the effect we as humans have on the delicate balance of our planet.

Maybe not one for the whole family, but this documentary is another one by executive producer Leonardo DiCaprio. Focusing on the dark side of ivory trade and poaching, it’s a frightening eye-opener of what’s really going on in the world of poaching and trafficking of elephant ivory tusks.

Expect a few tears and feeling strangely connected to pangolins after watching this documentary. Pangolins are the most trafficked mammal and this documentary’s aim is to highlight why it’s so important to protect the species.

We can’t wait to reunite you with Africa

In the meantime,  join us on our Our Home Safari for more entertainment during self-isolation.