Of lion and men

“Fear an ignorant man more than a lion” – Turkish Proverb

On their recent cycle through the Damaraland Desert to raise money to save the rhino, the Challenge4aCause Team came across a strange character. The type one only finds a thousand miles from anywhere; barefooted and shaggy. A bit like Jeff Bridges in the film “Men Who Stare at Goats”. A desert man. A social recluse. A conservationist we’ve christened Lion Man.

His arms are his notebooks and covered in scribblings about his daily findings and more. Word is he lives for days out in his truck in the desert, researching lions, alone. He doesn’t shower and hardly goes into town. Some days he’s friendly, some days you had better back off. Philip Stander was seated in his Land Cruiser truck – a character in itself – when the Challenge4aCause Team came across him. Today he was friendly. 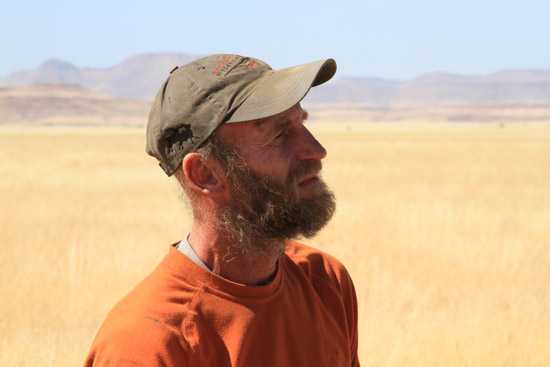 A former Cambridge University Zoologist and founder of the Desert Lion Conservation Project, Philip took to the Namibian desert years back to research his ultimate fascination – the desert lions. Namibia supports a unique population of desert-adapted lions that survive in the harsh Namib Desert. The ‘desert lion’ is a prominent feature in Namibia and is highly valued, both aesthetically and financially, by the growing tourism industry.

With the growing wildlife populations the conflict between lions and the local people has intensified as lions are killing livestock more regularity. In protection of their livestock, farmers often shoot, trap, or poison lions. These local communities bear the costs of living with lions, but do not share equally in the benefits from tourism, and they receive little assistance in managing conflicts. 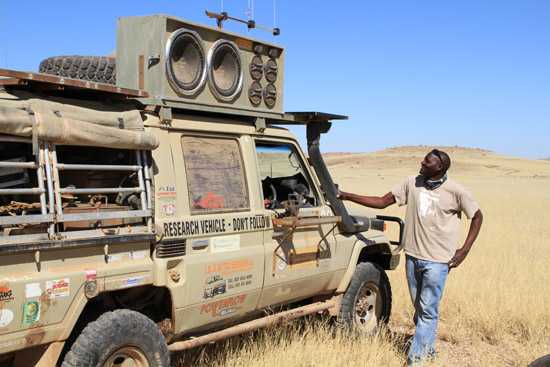 Namibia has received international recognition (e.g. CITES) for successful conservation efforts, such as the communal conservancy program, that led to significant increases in wildlife numbers, especially in the arid areas.

Philip has won awards for his findings in the Namibian desert. Read the article below, for instance: 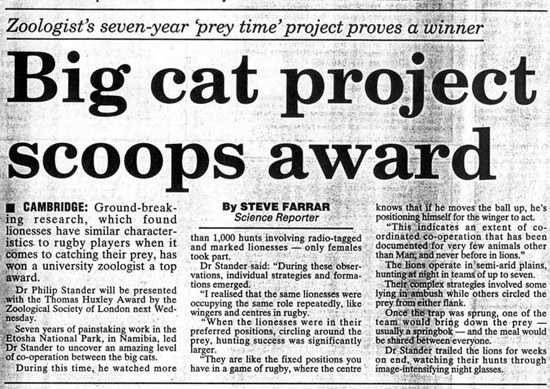 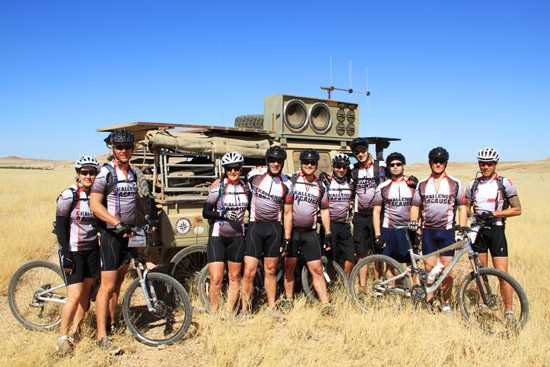 Challenge4aCause’s focus is on the area in general but mainly the desert adapted rhino in the Damaraland region where they spotted Philip. Philip warned them about the lions in the area and offered to help alert the team about the big cats’ whereabouts since he tracks them with tags he’s personally placed on them. The team encountered him several times and didn’t find him to be as much of the talked-up crazy desert lion man they’d heard about. But then again perhaps they’re just as crazy.

On the last occasion with Philip the team and he lunched out in the desert on a pit stop from cycling. Two causes, side by side, with one region and even bigger goals in mind. 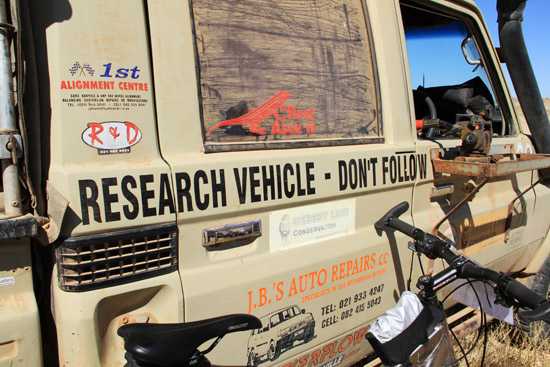 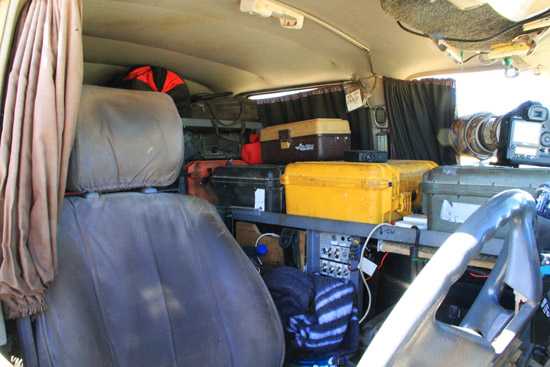 Philip’s project relies solely on funding, allowing him to do what he does. Land Cruiser Club of Southern Africa (LCCSA) raised R 140,000 and, with WWF-Life, bought him his Land Cruiser 79 Double-cab 4.5 IFE. He then modified it and, with the help of LCCSA, equipped it with state of the art accessories to help with the project. For a longer list of his sponsors, visit the project’s website.

It’s nice to make a friend in the desert, but what’s more – we’re lucky to have people like Philip who dedicate their entire lives to conservation causes before their own personal desires. Men like this are far and few between.

For more information about the desert lions in Damaraland and Philip’s research for the Desert Lion Conservation, click here. For more about our Challenge4aCause, see our site and blog. 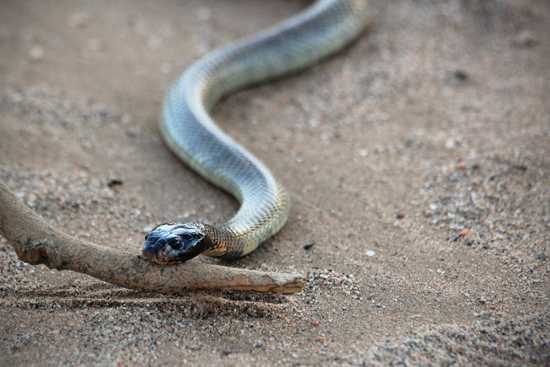 Damaraland is a spectacular self drive destination with several unique destinations which make it worth visiting. Sandwiched between the Skeleton Coast in the West and the  Etosha National Park in the East, Damaraland has some of the most unique geology in the world although for most that just means epic landscapes and fantastic sunsets.

In Damaraland, you can track members of the largest free-ranging rhino population in the world; hike up the Brandberg Mountain on a four-day round trip; go on early morning and sunset game drives; pamper yourself in a world-class spa or rough it on an off-road cycle tour. The petrified forest in Damaraland is weird and wonderful all at the same time and the area is also home to some of the oldest and richest collections of rock art in the world.

The desert adapted wildlife found in Damaraland are perfectly at home in this exceptionally dry environment where little or no permanent water sources are found. Animals like the black rhino and the desert adapted elephant roam vast distances in search of food and sustenance. 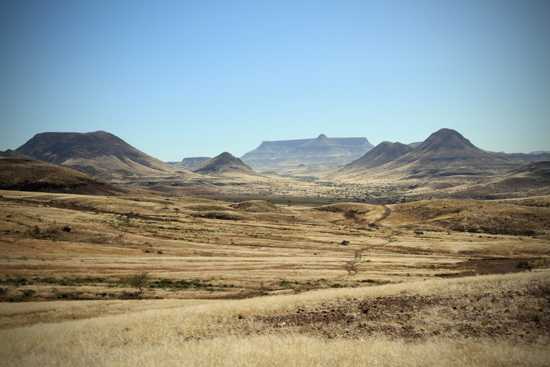 Damaraland and the surrounding wilderness areas forms an intregal part of many of our Namibian Tours and Safaris. You can travel to Damaraland by car, light aircraft, or join an escorted tour.

Contact us and we’ll help you set up accommodation and tours that include Damaraland and other Namibian and African destinations.

Up for a challenge yourself? Challenge4aCause invites you to participate in our latest Challenge – Cycle Mashatu. This six day mountain biking event takes place in the wildlife rich safari destination of the Mashatu Game Reserve. For more information, click here and contact us at: info(at)challenge4acause.com.