We asked you to ‘Like’ our Rhino Africa Facebook Page in exchange for us donating $1 for every ‘Like’ to the Wildlife ACT Fund in the name of wildlife conservation! We’re happy to say… we have officially reached our target of $3,000! That’s a total of R23 850. A big thank you for helping us get there so quickly! Your support and interest is hugely appreciated – none of our community or conservation work would be possible without your continued support.

Yesterday we handed over the cheque to the Wildlife ACT Fund in a small presentation in our Rhino Africa offices. You can read more about our 1 ‘Like’ $1 Campaign here on our blog.

But this was just the tip of the iceberg… We decided to go above and beyond that and donated a total of R160,000 to the Wildlife ACT Fund. 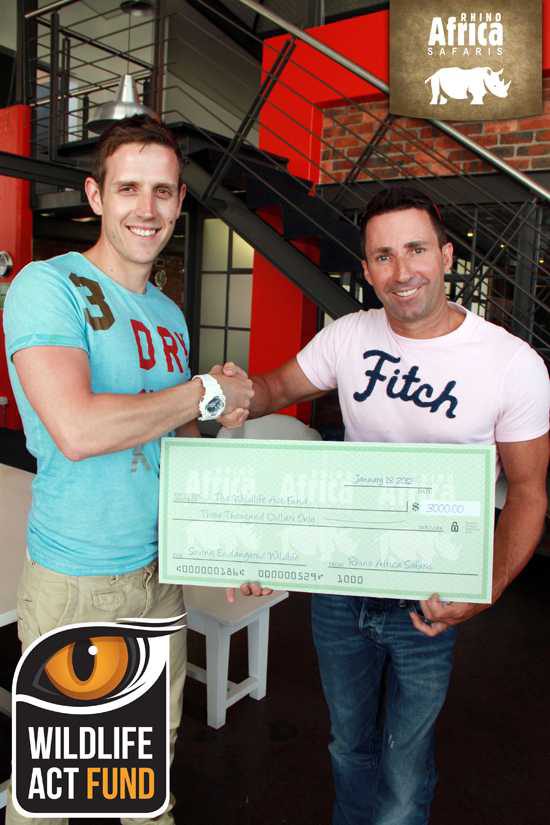 What about the money, honey?

Wildlife ACT Fund will use the money to purchase new wildlife saving equipment for their Endangered Species Monitoring Programme and their Rhino Relocation Programme, such as the various forms of tracking collars used to track animals like Cheetah, African Painted Dog and Leopard.

These include the latest location transmitters, using either VHF radio technology or GPS devices transmitted via cellular networks or satellite. This equipment makes it possible to monitor these animals daily, which means that if they are injured, sick, trapped in a poacher’s snare, or have escaped out of a reserve, help is not far away. A valuable spin off of this is the data, which is available for important research on animal movement patterns, population demographics and inter-species interactions, all of which helps with the future conservation of these species. 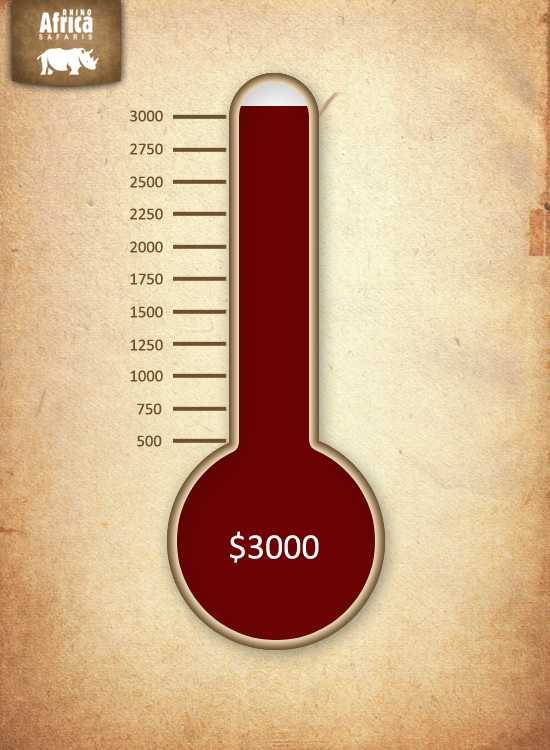 Who are Wildlife ACT?

They are a team of experienced conservationists, who get our hands dirty, working in the field, to save endangered and threatened species. They are a small, but efficient team who stretch every cent to make sure it is utilised in meaningful conservation operations. Their main focus is on the critically endangered Black Rhino and Painted Dog populations, as well as the threatened Cheetah and Vulture populations in Southern Africa. They focus on: 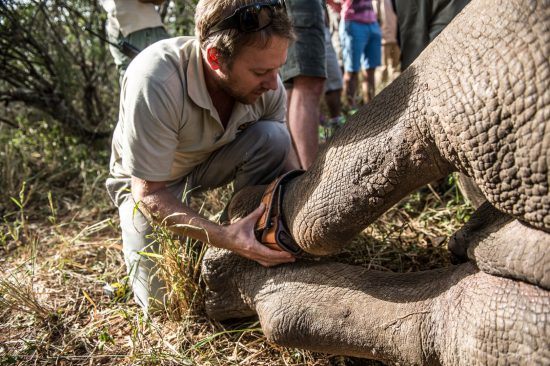 We at Rhino Africa will continue to raise money this year for conservation efforts, starting with some grand plans for Challenge4aCause 2012! Watch this space for more and find out about our other Doing Good efforts here.