Our Top 25 Books about Africa

We like Africa and we like books so what better to feature in today’s blog than books about Africa. We have compiled a list of some of our favourites that have stood out over the years (find more books about Africa to add to your reading list here) – from reading them in the corridors of school to watching the films based on them to recommendations by friends – and Oprah.

They make great books to take with you on your own African holiday – to read on the beach under the palm trees or back at the game lodge… Don’t worry if you forget your book at home. Many of the top safari lodges we recommend have their own well-stocked libraries anyway. 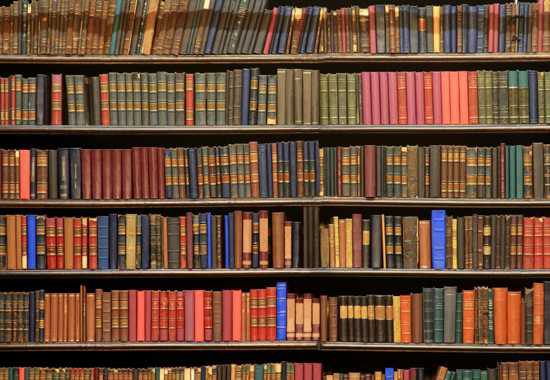 Here they are, new and old and in no particular order:

1. Don’t Let’s Go to the Dogs Tonight – Alexandra Fuller. In this memoir, Fuller recounts tales of living in Rhodesia (during the Rhodesian Bush War), Malawi and Zambia and highlights what it was like growing up white in mostly black countries.

“What I know about Africa as a child… is her smell: hot, sweet, smoky, salty, sharp-soft. It is like black tea, cut tobacco, fresh fire, old sweat, young grass… The other thing I can’t know about Africa until after I have left… is her noise.” – Alexandra Fuller, Don’t Let’s Go to the Dogs Tonight

2. A Good Man in Africa – William Boyd. The main character is a British diplomat living in the small republic of Kinjanja in West Africa. He keeps on fumbling through his job due to his own hedonistic tendencies and a strong dislike for the country he finds himself in.

3. Long Walk to Freedom – Nelson Mandela. In his significant autobiography, former South African president Nelson Mandela profiles his early life, coming of age, education and 27 years in prison. It eloquently details his beliefs and passion in the struggle against apartheid. 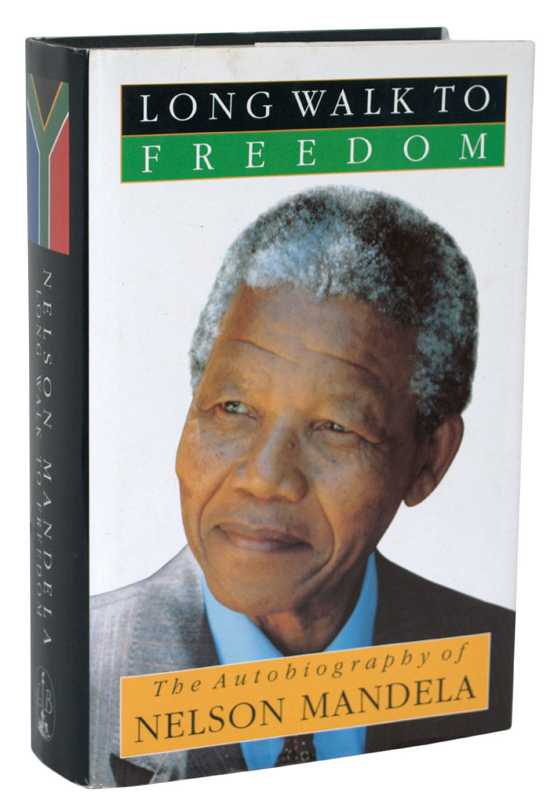 “I had no epiphany, no singular revelation, no moment of truth, but a steady accumulation of a thousand slights, a thousand indignities and a thousand unremembered moments produced in me an anger, a rebelliousness, a desire to fight the system that imprisoned my people. There was no particular day on which I said, Henceforth I will devote myself to the liberation of my people; instead, I simply found myself doing so, and could not do otherwise.” – Nelson Mandela

4. The Famished Road – Ben Okri. Labelled the classic magical realist novel of West Africa, the novel follows Azaro, a spirit child, living in an unnamed city that is thought to be in Nigeria. It covers the traditional African belief in the co-existence of the spiritual and material worlds.

“I understood why spirit-children are so feared. Faced always with the songs and fragrances of another world, a world beyond death, … where spirit companions know the secret of one’s desire, and can fulfill those desires, … spirit-children do not care much for the limited things of the world. Ade did not want to stay anymore, he did not like the weight of the world, the terror of the earth’s time. Love and the anguish of parents touched him only faintly, for beyond their stares and threats and beatings he knew that his parents’ guardianship was temporary. He always had a greater home.” – Ben Okri, The Famished Road

5. No. 1 Ladies Detective Agency – Alexander McCall Smith. This series of twelve novels tells the tale of a detective agency in Gaborone, Botswana, founded by a Motswana woman, Mma Precious Ramotswe. Besides being full of adventure and humour, it covers themes pertinent to Africa, such as traditional and non-traditional gender roles, rural life in Southern Africa, muti, social relations, Christianity and traditional beliefs, AIDS, domestic violence and more. 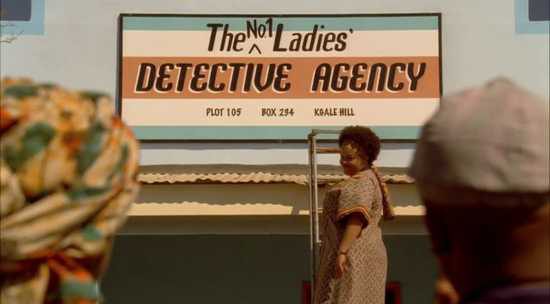 “It was time to take the pumpkin out of the pot and eat it. In the final analysis, that was what solved these big problems of life. You could think and think and get nowhere, but you still had to eat your pumpkin. That brought you down to earth. That gave you a reason for going on. Pumpkin.” – Alexander McCall Smith, The No. 1 Ladies’ Detective Agency

6. Circles in a forest – Dalene Matthee. This international success of a novel details the extermination of the elephants and the exploitation of the woodcutters of the forests in Knysna, South Africa.

7. Cry, The Beloved Country – Alan Paton. Considered one of, if not the most, famous and important novel in South Africa’s history, this novel tells the tale of the Zulu pastor Stephen Kumalo and his son, Absalom, against the background of a land and a people torn by racial injustice.

“I have one great fear in my heart, that one day when they are turned to loving, they will find that we are turned to hating.” – Alan Paton, Cry The Beloved Country 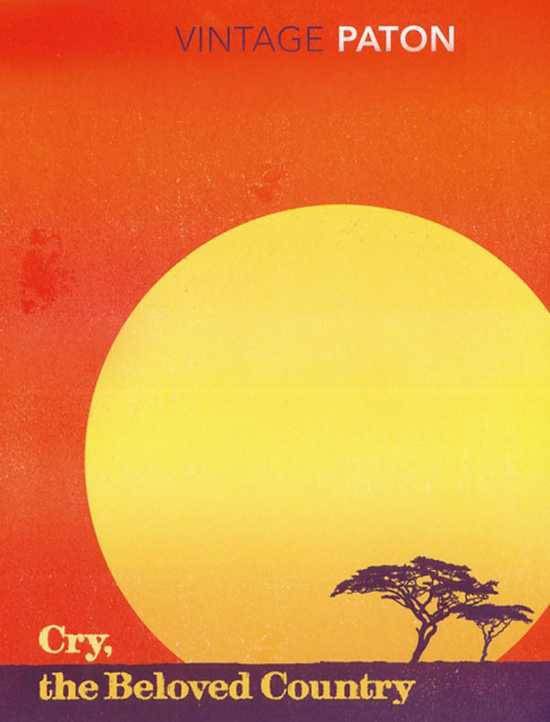 9. Green Hills of Africa – Ernest Hemingway. In this novel, Hemingway recounts the month on safari he and his wife experienced in East Africa, peppered with tales of his hunting adventures and the magnificent landscape in the region of Lake Manyara in Tanzania. 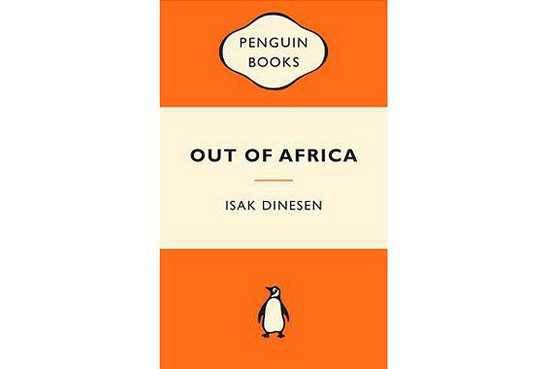 10. Out of Africa – Isak Dinesen (pseudonym of author Karen Blixen). “I had a farm in Africa, at the foot of the Ngong Hills.” The story recounts the events of Blixen’s life on a coffee plantation in Kenya, then British East Africa. It’s a tale of African colonial life and the people who touched her life while there.

“You know you are truly alive when you’re living among lions.” – Karen Blixen, Out of Africa

11. A Far Off Place – Laurens Van Der Post. This is the story of  four survivors of a massacre who undertake a long and dangerous journey across the African desert to find safety. The cast includes a teenage European boy, a young white girl and two Bushmen.

12. Jock of the Bushveld – Percy Fitzpatrick. This is the true story of South African Fitzpatrick’s travels with his dog, Jock, a Staffordshire Bull Terrier, during the 1880s, when he worked as a storeman, prospector’s assistant, journalist and ox-wagon transport-rider in the Bushveld region of the Transvaal.

13. The Bang-Bang Club: Snapshots from a Hidden War – co-written by Greg Marinovich and Joao Silva, two of the four members that made up the Bang-Bang Club. This was a group of photographers who filmed South Africa’s townships during the transition from apartheid to democracy, experiencing a mix of violence, comradeship and exhilaration.

14. Gorillas in the Mist – Dian Fossey. This significant novel tells of American zoologist Dian Fossey’s thirteen incredible and admirable years spent working with the endangered mountain gorillas in the remote forests of Rwanda.

15. Born Free – Joy Adamson. This is Adamson’s moving memior where she recounts looking after an orphaned lion cub, raising it in captivity while teaching it to fend for itself in the wild. She eventually releases the lion in the grasslands of Kenya for it to live out its days. 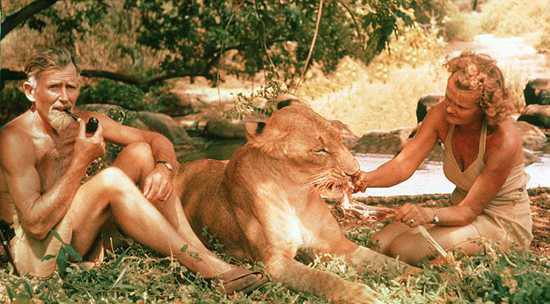 “The Adamsons gave us truths about the species that cannot be found in a biologist’s notebook.” – George Schaler in the introduction to Born Free

16. I Dreamed of Africa – Kuki Gallmann. This powerful memoir tells the tale of Italian writer, Gallmann’s life-long affair with Africa – from her childhood fascination with the continent to her relocation to Kenya, where she managed a farm with her husband and son.

17. Things Fall Apart – Chinua Achebe. Considered the archetypal modern African novel in English, it tells the tale of Okonkwo, the leader of a village in Nigeria, and his three wives, his children, and the influences of British colonialism and Christian missionaries on his traditional Igbo community. 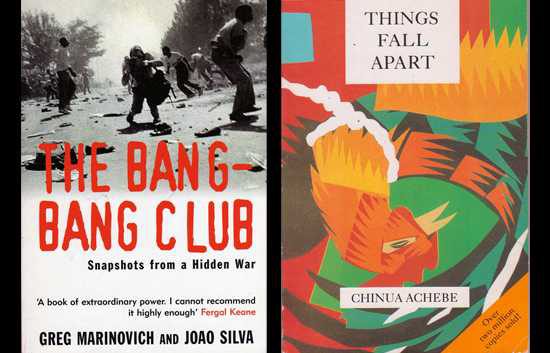 18. Power of One – Bryce Courtenay. This moving coming-of-age novel tells the story of an Anglo-African boy living in South Africa, at a time when there was a strong anti-English sentiment among Afrikaners.

19. Disgrace – J.M. Coetzee. This is the disturbing tale of a university professor who is dismissed from his teaching position and takes refuge on his daughter’s farm in the Eastern Cape. He struggles to get comfortable with rural life, especially after he and his daughter are attacked on the farm; his daughter is raped and impregnated and he is violently assaulted.

“(I)f we are going to be kind, let it be out of simple generosity, not because we fear guilt or retribution.” – J.M. Coetzee, Disgrace

20. Heart of Darkness – Joseph Conrad. This classic novel tells the tale of an Englishman sent to Africa on assignment by a Belgian trading company to be a river-boat captain. The novel depicts the “darkness” of European colonisation and the colonials’ cruel treatment of African natives, as well as that of the Congo wilderness and humans in general.

“Principles? Principles won’t do. Acquisitions, clothes, pretty rags — rags that would fly off at the first good shake. No; you want a deliberate belief.”– Joseph Conrad, Heart of Darkness 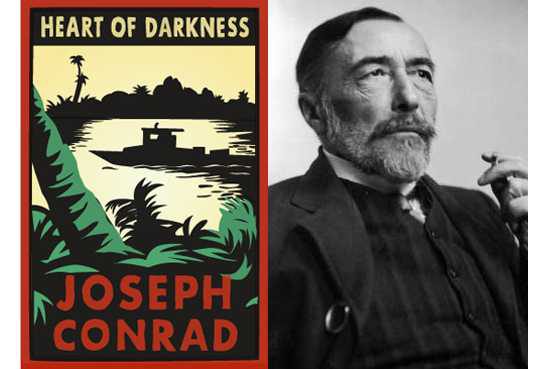 21. Mukiwa: A White Boy in Africa – Peter Godwin. Godwin tells the story of his experiences growing up in a liberal white family in the 1960s in white Rhodesia, as he transforms from a privileged boy to reluctant soldier to investigative journalist. In the background the country takes a violent turn as it becomes Zimbabwe.

23. Spud – John Van De Ruit. This popular modern day novel about life in an all-boys boarding school is told through the diary of John ‘Spud’ Milton. It is set in the 1990s, a time when Apartheid was crumbling and Nelson Mandela had just been released from prison. The story captures both the hilarious and gloomier moments in Spud’s life. 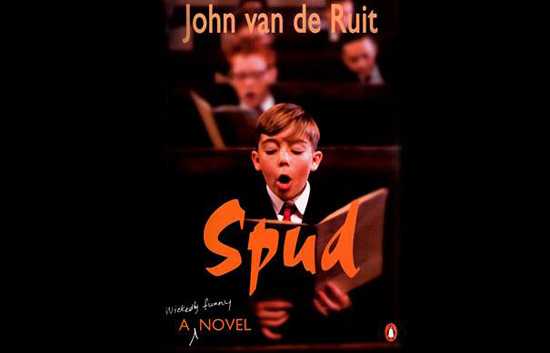 24. When a Crocodile Eats the Sun – Peter Godwin. This striking memoir depicts the disintegration of a family during a time when the country they’re living in – Zimbabwe – is on the verge of ruin. The human spirit and the enduring power of love triumphs in the end.

“Maybe that is why you seem to live more vividly in Africa. The drama of life there is amplified by its constant proximity to death. That’s what infuses it with tension. It is the essence of its tragedy too. People love harder there. Love is the way that life forgets that it is terminal. Love is life’s alibi in the face of death.” – Peter Godwin, When a Crocodile Eats the Sun

25. The Story of an African Farm – Olive Schreiner. This was Schreiner’s landmark novel set in the rural Karoo toward the end of the last century. It was radical due to the candid feminism and negative take on the social structures that cemented their colonial society.

There were several titles that we chopped from the list simply because the blog was getting too long, but be sure to check out these memorable must-reads: