Would you like to hear a story? This one has it all.

It’s a story of natural splendour, battles won and lost, villains and heroes, overcoming adversity and the birth of a nation. This is the fascinating tale of Cape Town, and all one needs to do to hear it is take a short walk along the city’s Museum Mile.

In this museum precinct, you’ll have the chance to step behind the curtain of our layered past and come away with a good understanding of our beloved city and country. The Mother City’s history is rich – and at times tragic – and these world-class museums offer up an invaluable window into our past.

In the beginning, there was nothing but the birds in our air, the fish in our sea, the animals on our land, and the stars in the sky. At some point, the Khoikhoi Bushmen arrived and hunted and danced and made rock paintings, and did so for a long, long time. The Iziko South African Museum casts a light on all of this, our first chapter.

Time went on and in 1652 the Europeans arrived, planted a garden to supply the passing Dutch ships on their way to India, built a castle and established a slave society. The Dutch were our first European settlers but it wasn’t long before the beady eye of the British Empire was cast here, and they arrived to wreak their own brand of havoc. They had battles with the Dutch, the Xhosas, the Zulus, and finally, the biggest one, with the Afrikaans settlers in the Anglo-Boer war. The military museum in the Castle of Good Hope tells each of these war stories. It’s the Slave Lodge, however, that unearths the horrid past of the Cape slave colony and what the Cape looked like three hundred years ago in all its brutality.

The Slave Lodge also exposes South Africa’s other dark chapter, apartheid. A current exhibition focuses on the anti-apartheid struggle and heroes and the subsequent new democracy, while the District Six Museum explains how one vibrant community was affected by The Group Areas Act, which sought to segregate the nation.

That brings us up to present day and for illumination of our current society, we step inside the National Gallery, where artists, sculptors and photographers interpret our society through their unique, curious, and sometimes controversial art. 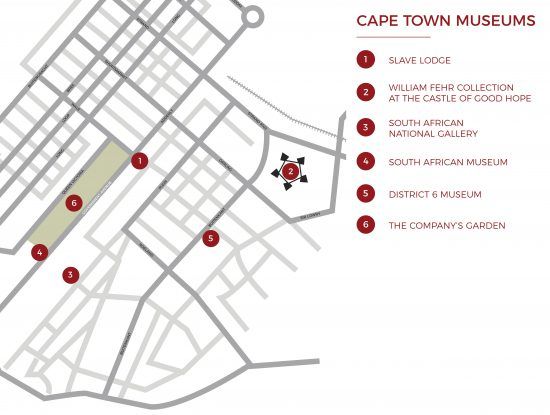 These five museums are within one kilometre of each other and within easy walking distance. If you walk, you’ll pass through South Africa’s oldest museum, a living one, the Company’s Garden, which has a section that is laid out as it was when it replenished passing ships.

You can stop to feed the squirrels, catch some sun on a bench and maybe contemplate our future after looking at the past. That’s what these museums have the power to do. They tell us where we’ve been and maybe, just a little, help us know where we’re going.

As Lois Lowry wrote, “That’s why we have the museum, Matty, to remind us of how we came, and why: to start fresh, and begin a new place from what we had learned and carried from the old.”

Regally overlooking the Company’s Garden, the South African Museum is home to more than 1.5-million items of cultural and scientific significance. Ranging from fossils and Stone Age tools to a dinosaur exhibit. One feels like a child in its halls, rambling through the exhibits of reptiles, birds, mammals, Wonders of Nature, and the ocean world. Giant whale skeletons, taxidermied lions and the story of Darwin in the Cape are standout features. For the inquisitive mind, a good few hours can be spent here. 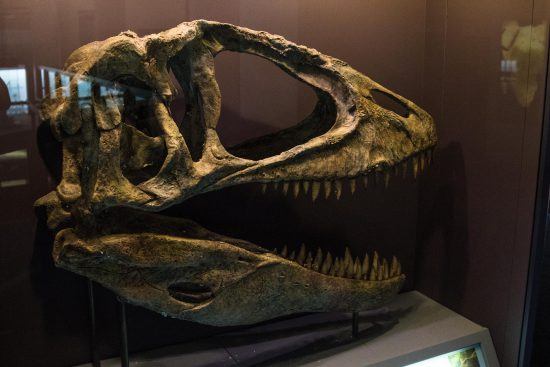 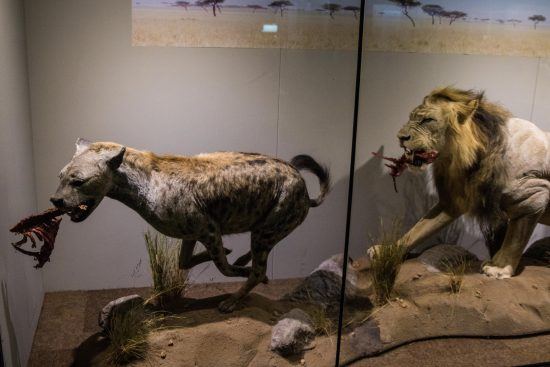 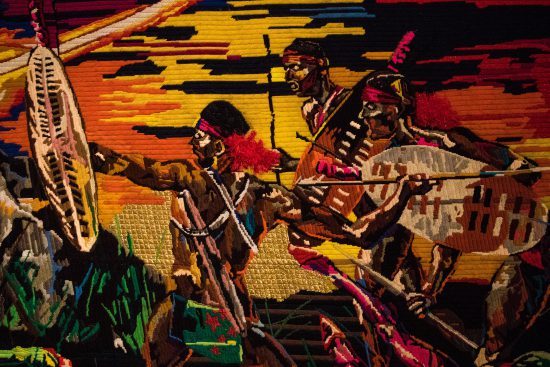 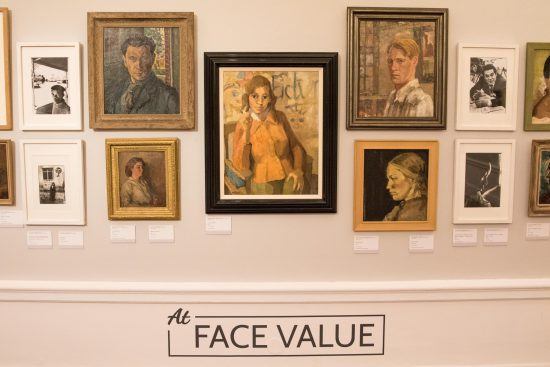 This multi-faceted museum is as haunting as it is fascinating. The building is the original slave lodge from the 18th century where 1,000 men and women slept at night. It later became the first Supreme Court and then in 1966, it became the South African Cultural History Museum. It still carries some relics from the previous museum – an Egyptian exhibition, old weapons, silver exhibits – but it is the slave history and its current exhibition Singing Freedom: Music and the Struggle for Freedom in South Africa that really capture one’s imagination and are the reasons to visit. In the courtyard, there are the headstones of famous South Africans, Thomas Bain and Jan van Riebeeck.
Open: Monday to Saturday 10h00-17h00
Cost: Adults R30 Children R15 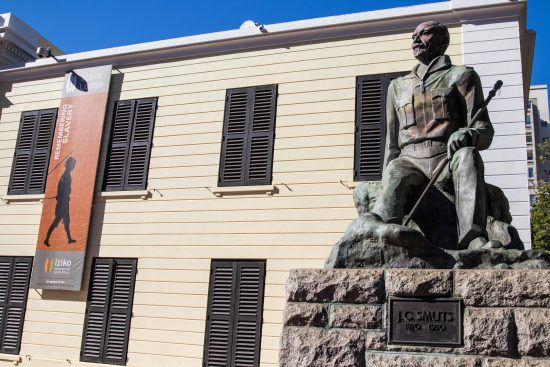 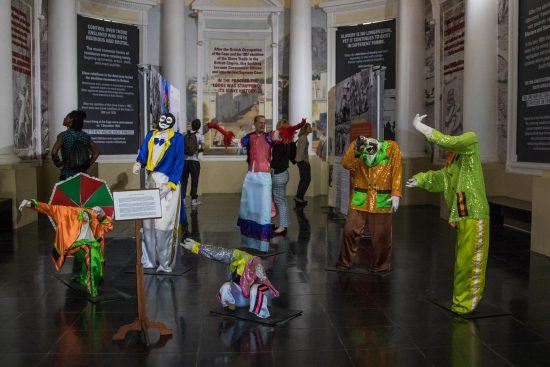 The Castle of Good Hope

The Castle, completed in 1679, is the oldest building in the country and has the ghost stories to prove it. Over the centuries, six different flags have flown over the Castle, yet in all that time not a single shot has ever been fired in anger at it or from it. There are, however, torture chambers and the donkergat which allude to its more sinister history.

The admission fee paid at the main entrance allows for free entry to the Castle Military Museum and the William Fehr Collection, which comprises of historical paintings and period furniture. At the Military Museum, one can learn about the military and political history of the Cape. Discover facts, artefacts and exhibits from the 16th to 19th centuries, displaying the country’s historical wars and the militaries connection with the Portuguese, Khoi, Dutch and English. 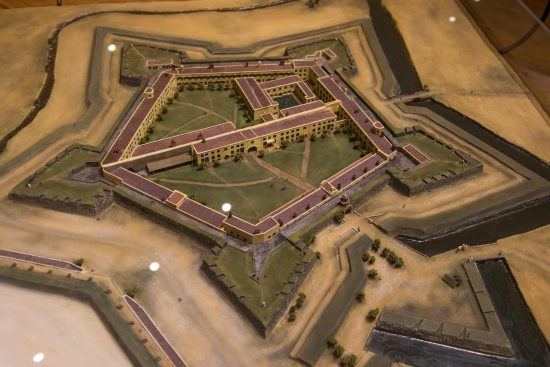 District Six was a portside neighbourhood adjoining the city with a rich, racially-diverse community. On 11 February 1966, the government declared District Six a whites-only area under the Group Areas Act. Over the coming years, the residents were forcibly removed and the neighbourhood flattened. The District Six Museum serves as a reminder of what the community once was. Former residents retell old stories on guided tours that add a personal touch to the experience. In 1995, the former residents had an exhibition of their old neighbourhood and that two-week exhibition has now been going for 22 years. 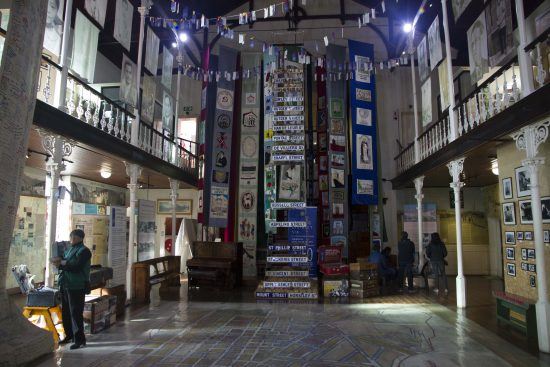 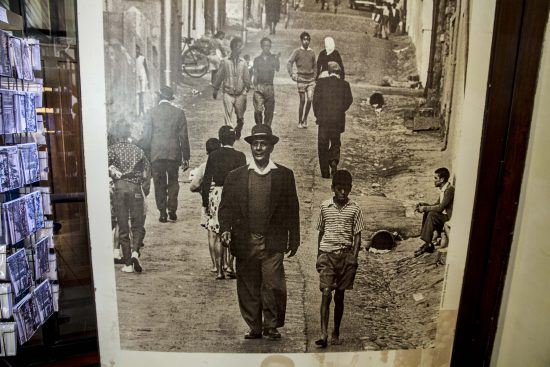