Africa At The Movies: Our Favourite African Films

Dreaming of Africa? We’ve compiled a list of our favourite African films. Sit back, relax and let’s help you to escape to this magical continent for a few hours – in your mind at least.

Enjoy these films from over the years that have inspired many and enjoy a taste of safari from the comfort of your home.

The last lines of the film quote the poem of the same name by William Ernest Henley and stand out starkly, “I thank whatever gods may be. For my unconquerable soul. I am the master of my fate. I am the captain of my soul.” They’re memorable, and so if the movie.

Released in 2009, it is a biographical sports drama directed by Clint Eastwood, starring Morgan Freeman and Matt Damon. It’s based on the John Carlin book “Playing the Enemy: Nelson Mandela and the Game That Changed a Nation”.

Based on the events in South Africa before and during the 1995 Rugby World Cup, which was hosted in the country after the fall of apartheid. The film depicts this important moment in history.

Starring Meryl Streep and Robert Redford and taking place in Africa, this is the film to watch before setting off on an African safari. Released in 1985, this romantic drama is based on the autobiographical book Out of Africa by Karen Blixen.

She and her husband moved to a plantation in Nairobi in 20th century colonial Kenya. Karen’s husband goes off womanising and drinking, while she has her own passionate love affair with a game hunter. The film’s stunning scenes make you wish you were there – it’s no wonder the film won so many Academy Awards.

Blixen endures several upheavals, as well as incredible, ‘only-in-Africa’ encounters. She eventually heads back home – but not without great stories to tell! As is so with every African adventure…

The Gods Must Be Crazy

Directed by Jamie Uys and released in 1980, this was a smash hit that tells the famous story of Xi, a bushman from southern Africa. His tribe has no knowledge of the world beyond South Africa and Botswana, where the film is set.

It’s a comedic take on cultural miscommunication, with that popular scene when Xi discovers a coke bottle that had been dropped from a plane. He then takes it back to his village where it’s seen as a gift from the gods. It ends up causing trouble because the tribe used to have no concept of “property” and it causes them to fight over it.

Xi travels to the edge of the world to throw it off. The film covers the people he encounters along the way. The product is hilarious and informative as well as an often referenced piece in many philosophical discourses. 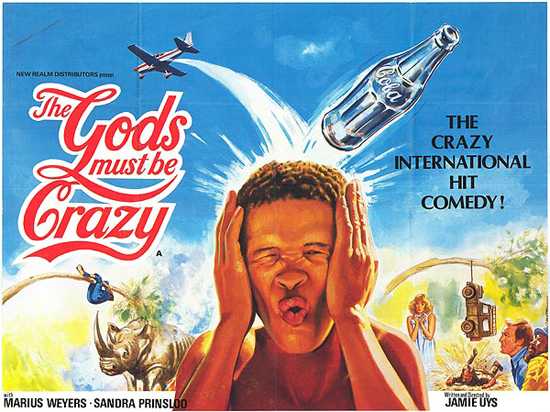 Dirkie – Lost in the Desert

Another classic from South African director Jamie Uys, this one is about a young boy and his dog who are in a plane crash and land in the Kalahari Desert. It follows Dirkie as he wanders through the desert and has various adventures, such as an encounter with the Bushmen, all while trying to survive the harsh desert conditions.

Dirkie’s father goes to find and rescue his son. We won’t tell you exactly how the film ends, but it’s a happy ending. It’s a great tale of adventure and human bonding in the desert of southern Africa. It kind of makes you want to crash a plane somewhere exotic too. Kind of.

This 2005 film is based on the novel of the same name by literary great Athol Fugard. It’s typically South African in many ways, with Kwaito music performed by popular South African artist Zola on the soundtrack as well as a score featuring South African protest singer/poet Vusi Mahlasela.

It’s not a pretty film but definitely moving. Set amid the notoriously crime-ridden township of Soweto near Johannesburg,  it tells the story of Tsotsi, a young, orphaned street kid who steals a car only to discover a baby in the back seat. He inadvertently has to look after the kid. It’s a very real depiction of how many live in South Africa, but with the edge and thrill of any Hollywood action flick.

Released in 2009 and set in South Africa, this is another action-packed film but this time it’s sci-fi in genre. Its message though is very pertinent and significant to Africa. The film tells the story of aliens landing in Johannesburg causing tensions with the humans. Unlike the humans, the aliens are forced to live in numbered shacks, resembling the racial segregation of Apartheid.

There are several clashes between the two groups, particularly when one human is infected by an alien – a “prawn” – and the lines between them blur. The film is laugh-out-loud funny and had everyone reciting lines from it for months afterwards.

It’s the film that made the then-unknown break of Cape St. Francis in South Africa one of the world’s most famous surfing sites, so we thought it was worth a mention even though it’s not purely set in Africa.

It became a cult surf movie, released in 1996, and follows two surfers on a surf trip around the world – including the coasts of Africa, Australia, New Zealand, Tahiti and Hawaii. If you like the water and plan to one day explore the coasts of South Africa, surfboard in hand, slip this one into the DVD player. 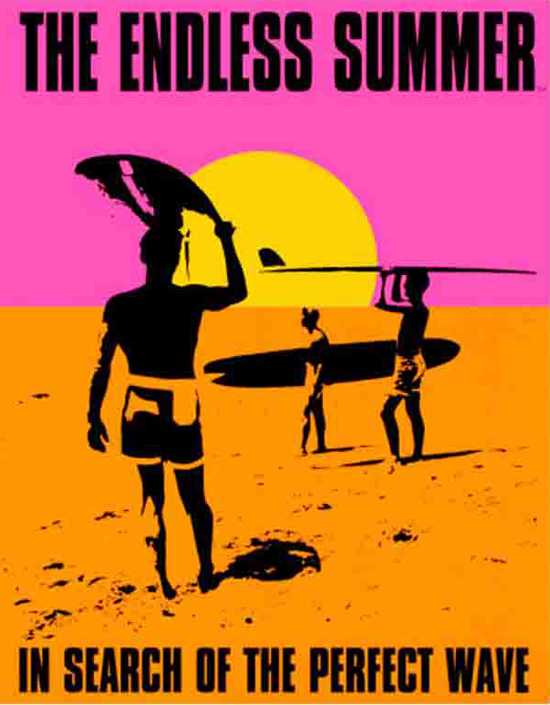 It’s a classic! Released in 1994, this American animated musical-adventure film from Walt Disney takes place in a kingdom of lions in Africa. The visuals and music are so romantically African, making you want to hop on a hot air balloon and fly over the Serengeti to Elton John’s “Circle of Life”.

Simba, a lion cub, is tricked by his uncle Scar into thinking he killed his father and so flees into exile and abandons his identity as the future King. The film follows his antics thereafter, with lovable Rafiki (who popularised the Swahili phrase “Hakuna Mutata“) and Timon and Pumba. If you didn’t shed a tear when Mufasa died, you’re not human. We know you’re itching to see it again. Why not see it for real this time… in Africa.

Then there is, of course, the rendition of this old classic.

If you’ve ever heard people referring to King Julien and had no idea what they were on about, best watch the film that made the little guy famous. Four animals escape from a New York Central Zoo, with no notion of what living in the wild is really like. They find themselves in Madagascar, among a troop of jolly lemurs.

This computer-animated film was released in 2005 and produced by DreamWorks. It was a hit for young and old and also introduced us to the crazy creatures that lemurs are.

We can’t wait to reunite you with Africa

In the meantime,  join us on Our Home Safari for more entertainment.